Villains and Something Else 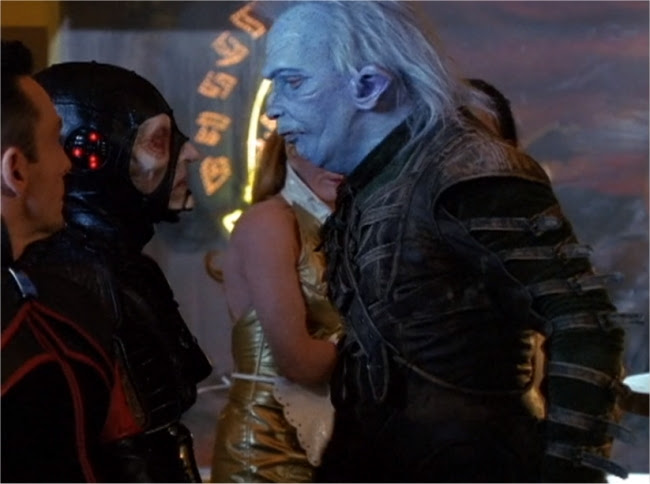 Two very different and very good stories are woven together for a dark, excellent episode of Farscape. A heist gone wrong plot forces some of our heroes to work with Scorpius temporarily while, back on Moya, the rest of the crew find themselves having to make hard decisions about Talyn. 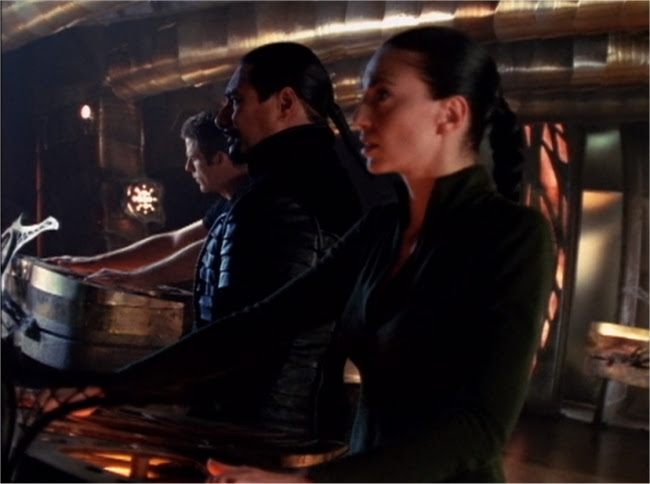 From the beginning, Talyn's personality has been a source of worry. And it's a testament to the show how distinctly that personality comes across from a being with no voice or facial expressions. He exists like a loose hypothesis, provoking the viewer to project his or her own concepts of childhood development and parenthood on this hybrid between a gunship and a peaceful Leviathan. Is Talyn conflicted because of his hybrid nature? Is it because Crais (Lani Tupu) kidnapped him, depriving him of less stabilising influences? Now Crais is in a place to feel the burden of his own past decisions. He's horrified when Talyn opens fire on and destroys a ship of innocent civilians for no apparent reason. 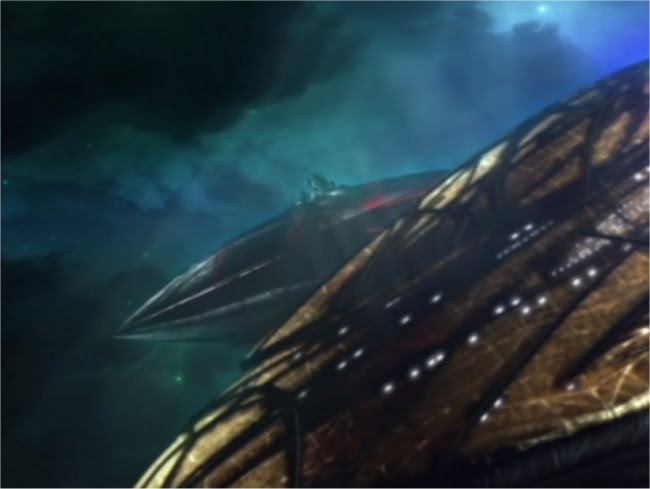 I like how subdued Ben Browder and Claudia Black choose to play Crichton and Aeryn in this episode. There's no yelling at Crais or Talyn or Pilot (Lani Tupu), none of the usual bickering. You can see the weight of these terrible developments on them both in the form of a profound weariness. The only spark is when Crichton observes Aeryn is asking his opinion on something, signifying she has, indeed, accepted him as Crichton. 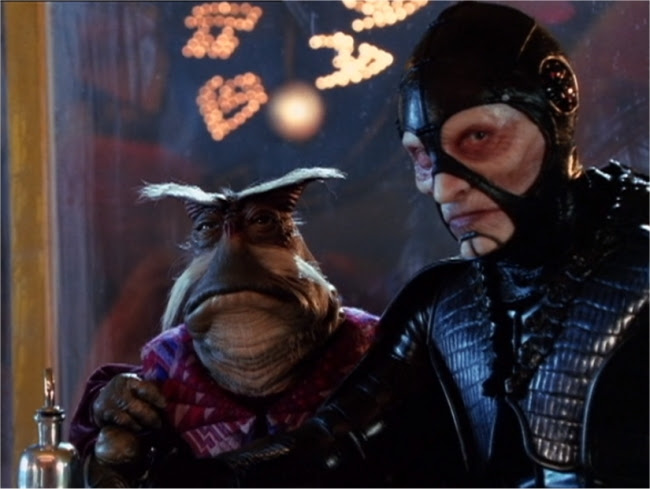 Meanwhile, Rygel (Jonathan Hardy) and D'Argo (Anthony Simcoe) are meeting with Scorpius (Wayne Pygram) at a diner to hammer out a deal to get Crichton aboard the Command Carrier when the three of them are attacked by none other than Ben Mendelsohn. 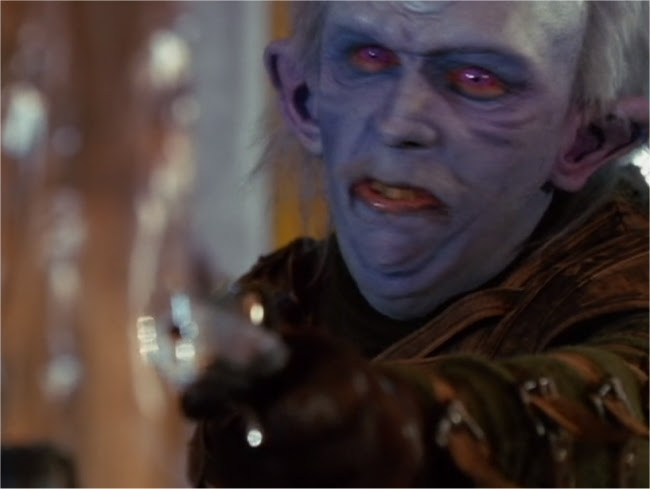 Yes, season three began with the villain from Mad Max: Fury Road and now we see the villain from Rogue One. He plays one of a pair of alien wolf brothers who were hired to burn down the diner for insurance fraud. Of course, Mendelsohn is good, managing to be a bit subtle behind the makeup and barking and his own drool. You can see him working out this strange situation he's stumbled on. 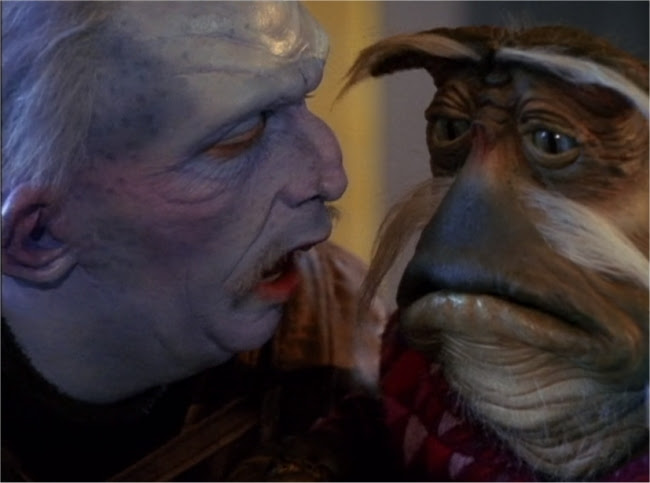 I also really like Rygel's role in this episode. I like when he's employed as a negotiator though he's really not great at it, taking every opportunity to insult the Peacekeepers. But he does so with a gentler tone of voice than usual.