The Dinosaur Puppets Stand Their Ground 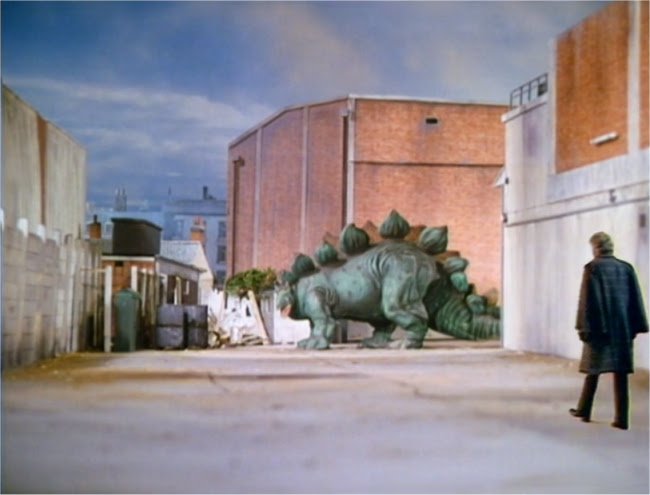 It's surprising how little it takes to fool people--though generally it takes more than dinosaurs like these. The 1974 Doctor Who serial Invasion of the Dinosaurs is infamous for its bad special effects but, pathetically immobile beasties aside, its story about a group of people fooled into thinking they're interstellar colonists is pretty sharp. 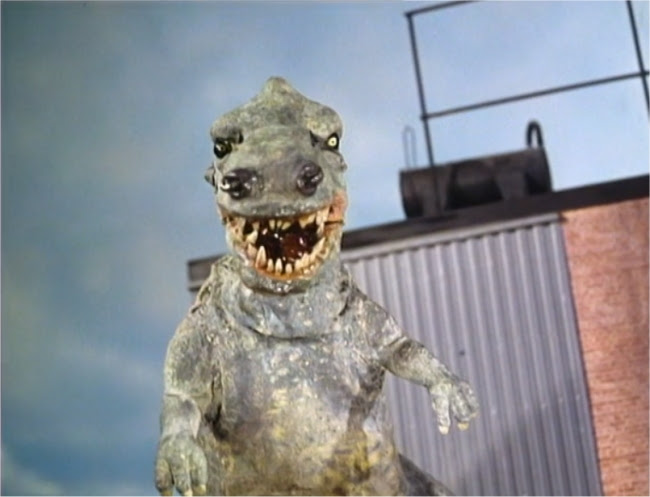 These dinosaurs materialising in the middle of London really ought to seem like more trouble than they are. Even the ambiguous cross between a Tyrannosaurus and Allosaurus can't manage much more than slowly waving its head and mashing its chops. At least Triceratops and Stegosaurus more or less look like themselves but the supposedly rampaging behemoths are persistently stuck in place like museum exhibits and all the dialogue treats them with the same urgency. 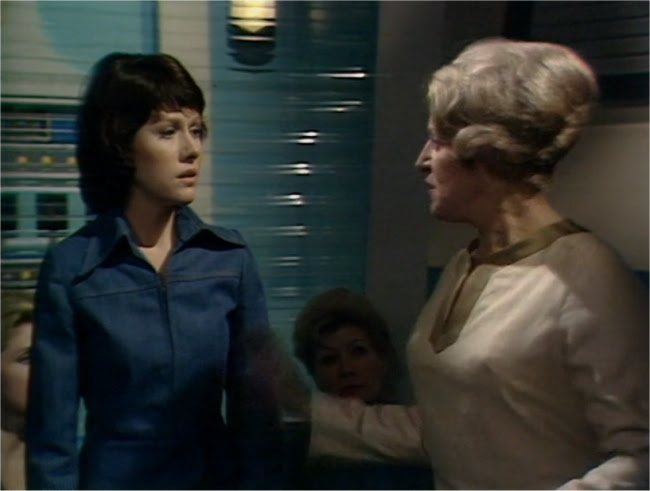 But Sarah Jane Smith (Elisabeth Sladen) uncovers something more interesting when the government and military conspirators knock her out and decide to dump her on a phoney spacecraft they have loaded with would-be colonists who think they're on their way to a new Earth. Little do they know the conspirators are really planning to make old Earth look like a new one by wiping out civilisation via a machine that turns back time. The Doctor (Jon Pertwee) cautions the madmen that there never really was any such "golden age" as they seek giving their endeavour the tone of a Donald Trump-ish "Make America Great Again" style mirage (which, indeed, was far from new when Trump took the slogan). 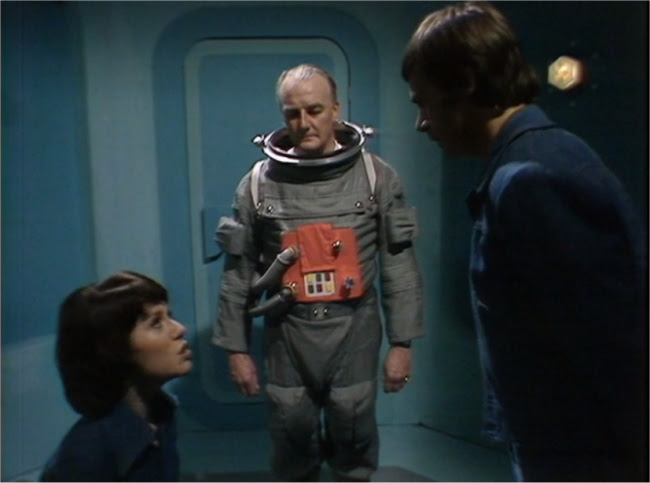 I love this on so many levels. It's a bit like Luis Bunuel's The Exterminating Angel where a group of rich socialites find themselves suddenly unable to exit a room for no other reason but for a subtle meme that has propagated among them. Here, Sarah finds the door exiting the ship, revealing just a basement and stairwell outside, isn't even locked and the colonists are held in entirely by their own ideology. It's not simply the absurdity of the truth that keeps them from recognising it but also the long experience of fighting for a belief that's hard to swallow. When they show Sarah a video about how terrible humankind is for ruining the world with pollution of course any objection from her might be put down to naivete. The emotional complexity of the lie perpetuates it. 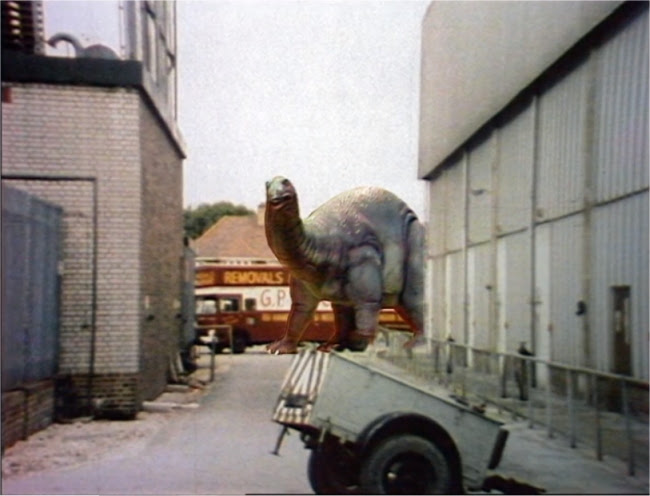 It's a shame many people can't see past the dopey dino puppets. I'd suggest replacing them with cgi but it'd be hard to fix how they're shot and framed just standing in spot.

I love the Third Doctor's outfit in this one. Sometimes his outfits are eyesores--here the blue velvet coat, brown gloves, and grey Inverness cloak work in perfect harmony. 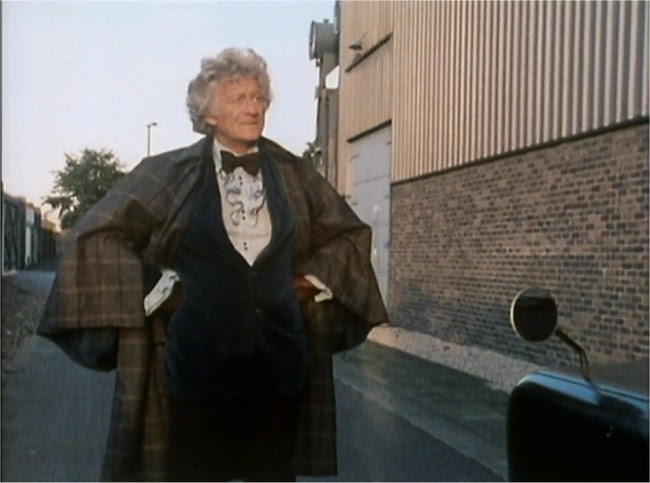 Posted by Setsuled at 4:19 PM
Email ThisBlogThis!Share to TwitterShare to FacebookShare to Pinterest
Labels: doctor who, invasion of the dinosaurs, television, tv show