No Time for Angels 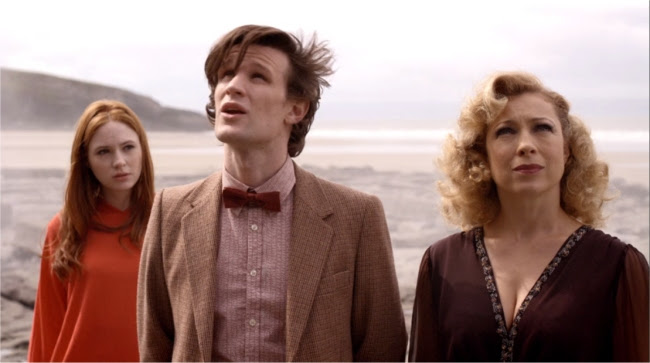 Mainly I really love the Eleventh Doctor's first season on Doctor Who but I find revisiting the Weeping Angel two parter, "The Time of the Angels"/"Flesh and Stone", to be a series of disappointments and missed opportunities. Maybe it was inevitable the Angels' return after the legendary "Blink" would be a letdown but the number of bad choices Steven Moffat made with their second appearance is kind of amazing.

One problem may be that he loads them up with too many new rules in the two parter. I do like the idea that the image of an Angel becomes an Angel though it's a bit confusing and lends itself to potential muddle. Amy (Karen Gillen) staring at the security screen while the Doctor (Matt Smith) and River (Alex Kingston) try to get in to her is pretty good but the Angel's power to lock the door so that the Doctor can't get in even with his sonic screwdriver seems like an awfully convenient power manifested for a plot moment that I don't remember seeing again (though I could be wrong). 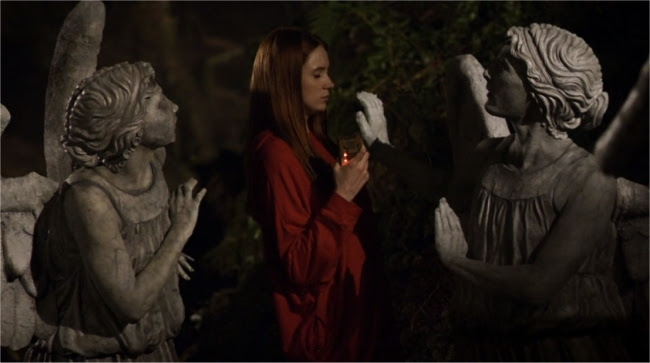 Almost as deflatingly convenient is Amy's ability to manoeuvre between Angels with her eyes closed while pretending to walk like her eyes are open.

Too much in the episode happens or works without much sense. The Doctor's climactic idea in the first episode to have everyone jump up to the artificial gravity on the crashed ship on the ceiling seems like it would have resulted in a few twisted ankles or broken necks. Wouldn't it be like jumping head-first into an empty swimming pool? 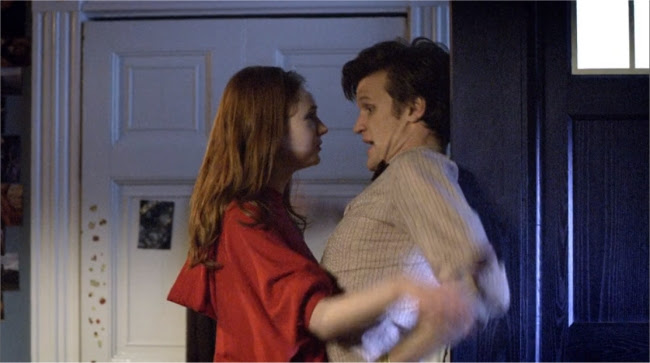 I do love the scene at the end where Amy tries to seduce the Doctor though it already has the seeds of Rory's disappointing tenure as a companion. This was the last chance to see the Doctor and Amy as a duo though there's also the complicating presence of River Song, who at least isn't as airlessly high concept as she'll become in the following season. I've said before how stilted and unsatisfying her character ultimately is but I do love her in the library two parter she's introduced in. I feel like she could've used at least one more episode with the Tenth Doctor to make her immediately recognising him in the library make more sense. But maybe Big Finish will cover that base if it hasn't already. 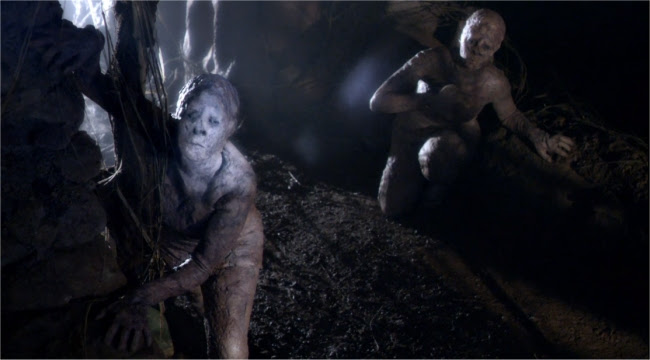 I love the idea of the starving angels losing their shapes and capacity for speed. I also like Iain Glen in this story as a soldier/clergyman.

Ultimately, the two parter feels like an attempt to place such a radically new kind of monster for Doctor Who into a more traditional package of running and escaping. The Angels just aren't suited for it and they never again hit he high watermark of "Blink".

Tomato orbs were red as shirts in rock.
Remembered crew awaits in iron dreams.
A V arranged of wings assayed the loch.
A newer sun appeared in scratchy beams.
Decision seas present the choices borne.
A winding watch declares the strangest hand.
From mountains rivers late were slowly torn.
The image blurred to make a fuzzy band.
A boiled buggy melts the mile ice.
The burning treads dissolved the hardened lake.
The knowing bird announced the timing twice.
The cake decides the perfect choice to bake.
A mote of will demurs in frying fog.
Entire armies move to kill a frog.