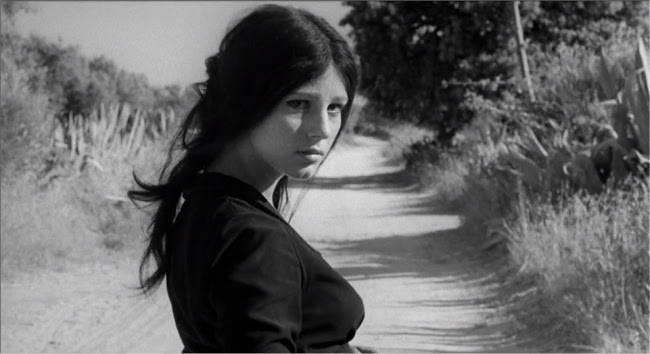 A girl has sex before marriage in a strict, traditional Catholic community. The how and why and the aftermath turns out to be pretty complicated--but pretty normal--in 1964's Seduced and Abandoned (Sedotta e abbandonata), an Italian New Wave comedy. The location shots, the big performances, and the ridiculous (but all too credible) attitudes of the characters contribute to making this the kind of Bruegelian human chaos so many Italian films of the period excelled at portraying. 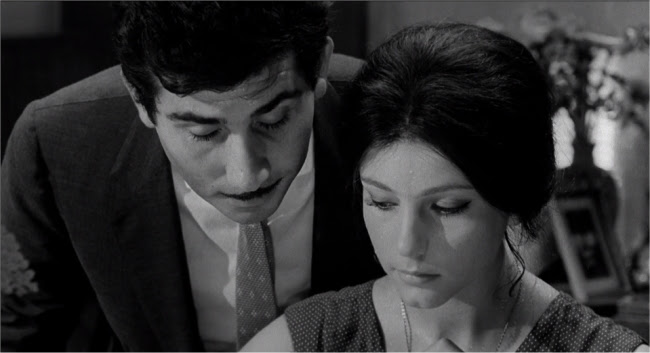 16 year old Stefania Sandrelli stars as the beautiful 16 year old Agnese Ascalone who's "seduced" by her sister's fiance, Peppino (Aldo Puglisi), on one drowsy summer afternoon. Really, she has sex with him after his aggressive, sweaty pleading and caressing, her consent implied by the fact that when a family member in another part of the house asks what's going on, she says nothing, and follows Peppino outside. But the Criterion edition of the film centres her father on the cover, Don Vincenzo Ascalone (Saro Urzi), for good reason. 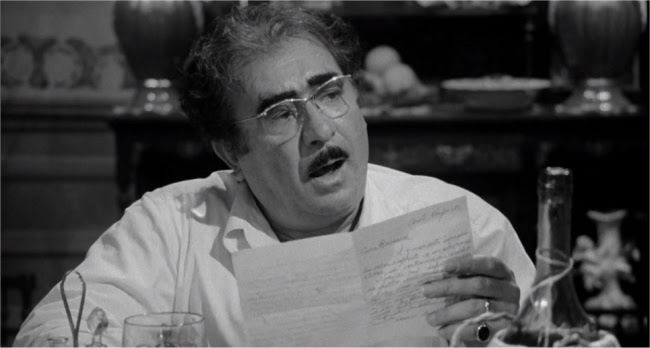 The big, apoplectic eyes and little moustache on his fat face are sort of entrancing. He's always looking for a reason to be furious, it seems, and as circumstances threaten to rob him of control of the situation at every turn his common man madness gets more frantic and engrossing. Some may recognise him as Apollonia's father from The Godfather and doubtless Francis Ford Coppola was wise to cast this communicative face as a difficult potential father-in-law to pacify. 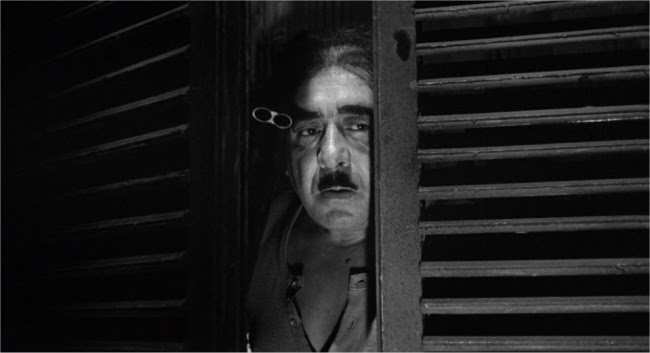 The story builds on layers and layers of ridiculous pettiness the boys can stoop to as Don Vincenzo's machinations involve spreading counter-intelligence at the local pub about his daughter's reputation and Peppino's and roping a new fiance for the other sister--who ends up being a Baron in the middle of putting a rope around his neck when Don Vincenzo comes to call. Meanwhile, poor Agnese is confined to her room--her father threatens even not allowing her to use the bathroom. She nurtures a passion for Peppino that turns to hatred when it turns out he doesn't want to marry her because she's not a virgin. Because he took her virginity.

Everyone works frantically to manoeuvre the situation into a semblence of an honourable courtship and marriage and, perhaps, in the end, all ends as well as can be expected. Seduced and Abandoned is available on The Criterion Channel.

The tested stone emerged as mountains fell.
Impartial skies determine donkey birth.
A ringing ear dismissed the thoughtless bell.
A hundred suns could not replace the Earth.
The tinsel binds a needle fast to limb.
A waving tree laments the passing ax.
The snow in sunny semblance never dims.
The frost to water pays a freezing tax.
The restless thought creates a hunted man.
Between a team of ghosts the ring was took.
A glass of blood completes a plate of tan.
A crowd of pawns can choke the panicked rook.
A crop of knights decide the courtly farm.
A fleet of corks preserve the wine from harm.