The Dead Gold in the Cipher 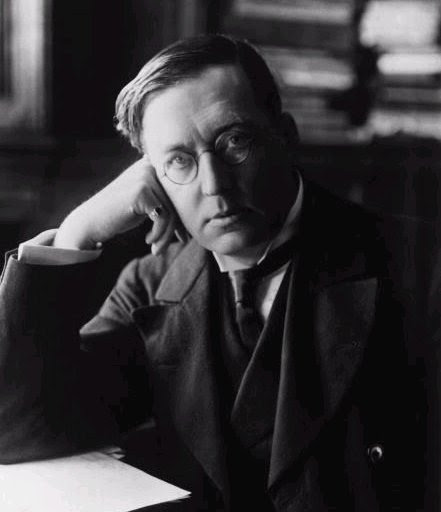 Those who like their horror couched in an authentic sense of doing scrupulous research will enjoy "The Treasure of Abbot Thomas" by M.R. James. Included in James' 1904 collection Ghost Stories of an Antiquary, it's a story of one man devoted to research going to the assistance of another man devoted to research--in this case, with the aim of discovering the hidden treasure of a long dead abbot. The beginning of the story opening with a big block of Latin text followed by one character ruminating on the process of translating it, there's a wonderful sense of the real work involved, which then and now involves more than Googling. The verisimilitude lends a great chill to the supernatural occurrences, which are kept to a minimum and told mostly second hand.

In his essay on supernatural horror, H.P. Lovecraft devotes a whole section, several long paragraphs, to James. It sounds like Lovecraft was likely more influenced by James' "Count Magnus" which, in Lovecraft's synopsis, sounds a lot like "Rats in the Walls" and The Case of Charles Dexter Ward. But he does spend a whole paragraph on "The Treasure of Abbot Thomas".

In “The Treasure of Abbot Thomas” a British antiquary unriddles a cipher on some Renaissance painted windows, and thereby discovers a centuried hoard of gold in a niche half way down a well in the courtyard of a German abbey. But the crafty depositor had set a guardian over that treasure, and something in the black well twines its arms around the searcher’s neck in such a manner that the quest is abandoned, and a clergyman sent for. Each night after that the discoverer feels a stealthy presence and detects a horrible odour of mould outside the door of his hotel room, till finally the clergyman makes a daylight replacement of the stone at the mouth of the treasure-vault in the well—out of which something had come in the dark to avenge the disturbing of old Abbot Thomas’s gold. As he completes his work the cleric observes a curious toad-like carving on the ancient well-head, with the Latin motto “Depositum custodi—keep that which is committed to thee.”

Lovecraft doesn't mention the peculiar and lively diction of the antiquary's servant or the sense of irrepressible pride with which the antiquary describes unravelling the clues to the treasure's location, even after he's been traumatised by the experience. Much of the horror is in the man's evident discomfort. Through the dialogue, James does a great job of bringing out the sense of sinister with effective indirectness. One gets so caught up in the antiquary's glee for decoding a cipher that the relatively simple horrific encounter feels strangely personal. I suppose that's because, even in a fictional story, the cipher itself is real.