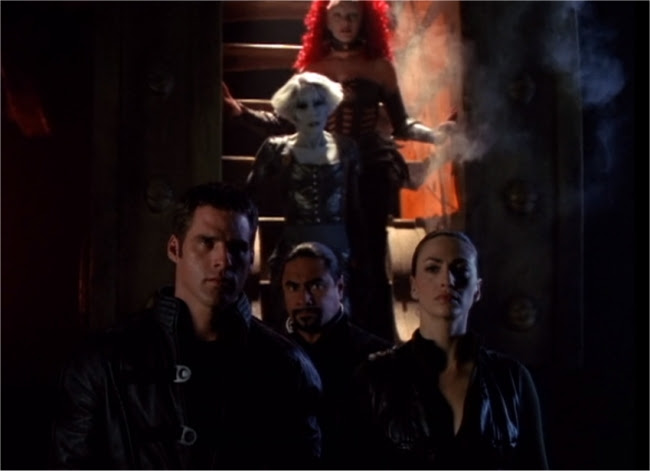 While boarding Scorpius' Command Carrier may seem like a hard job for our heroes on Farscape, at least the goals are easy to keep sight of. Right? 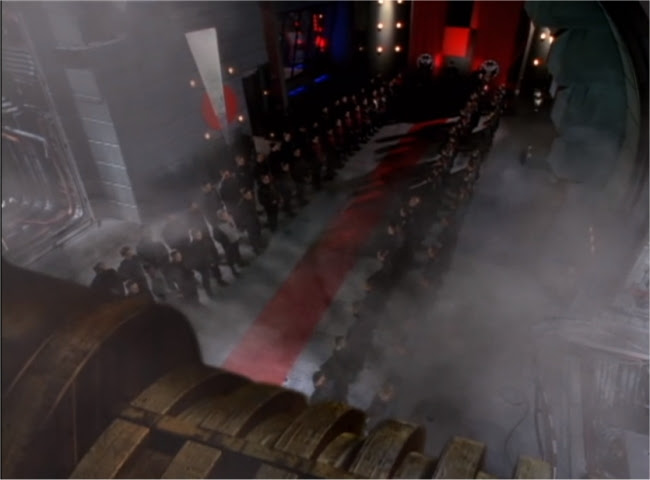 Season Three, Episode Twenty: Into the Lion's Den, Part I: Lambs to the Slaughter

The deal, hammered out in the previous episode between Rygel (Jonathan Hardy) and Scorpius (Wayne Pygram), is for Crichton (Ben Browder) to come aboard and help Scorpius develop the wormhole weapon so that the Scarrans don't have a chance to take over the galaxy. But secretly, Crichton plans to sabotage the whole project. But season three's effort to make the Peacekeepers more morally complicated comes to a culmination here as Crichton starts to wonder if it's not such a bad idea helping Scorpius after all. 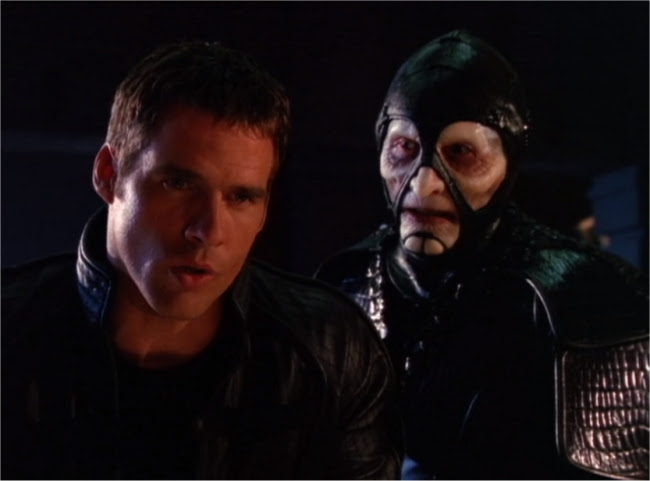 He gets caught up on Scorpius' backstory so he knows just how vicious the Scarrans can be. He sees the infighting between Peacekeepers--the lower level officers chaff under Scorpius' orders to play nice with Moya's crew, none of them apparently seeing the big picture. Aeryn (Claudia Black) and Crais (Lani Tupu) run into old comrades who remind them this used to be home and that it was certainly never all bad. Finally, we're introduced to Scorpius' rival, Grayza (Rebecca Riggs), who wants to try to negotiate peace with the Scarrans. 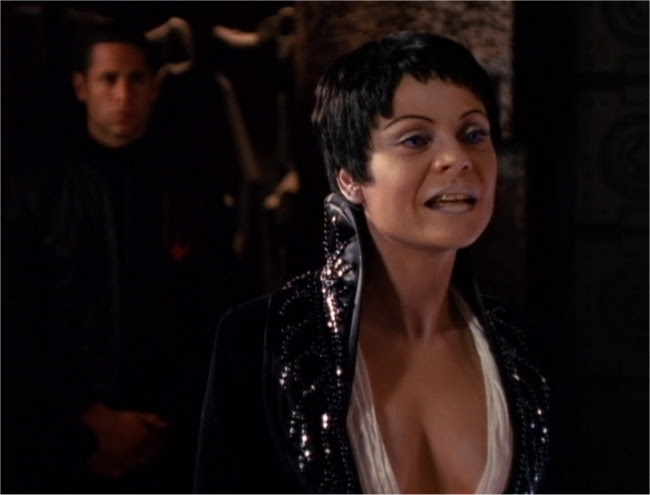 Cool, calculating, with the amount of cleavage that somehow communicates an impression of ruthlessness, the mysteriously purple eyed lady is another thing making Crichton's moral quandary more difficult. 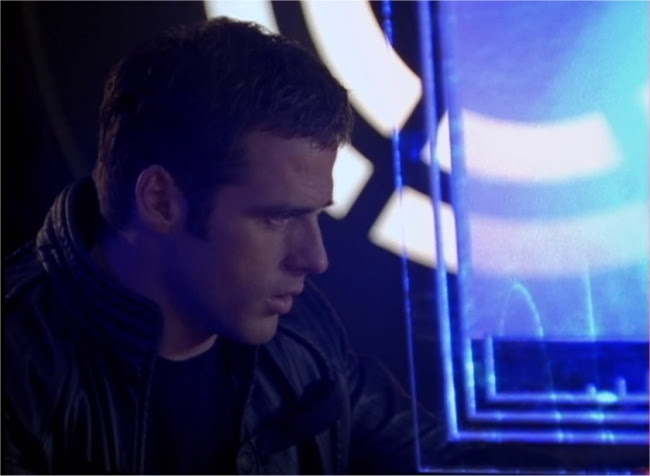 This is the beginning of the political plot that will shape most of the fourth season and it's a nice transition, turning the personal experiences of Moya's crew into something that fits into a grand scale.