The End of a Time 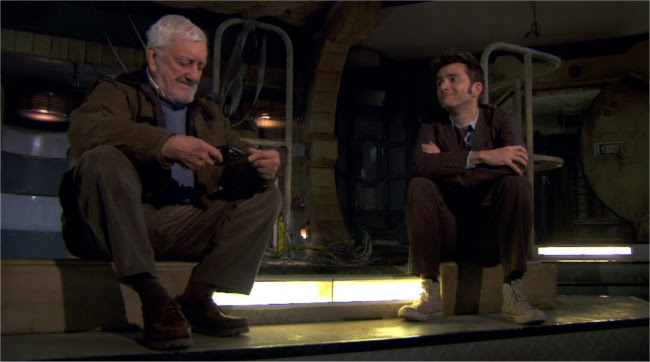 To-day's Bernard Cribbins' birthday and January 1st, 2020 will mark ten years since the first Doctor Who New Year's special, 2010's "The End of Time: Part 2", in which Cribbins played the Doctor's Companion Wilfred Mott. Appropriately, it's a regeneration story, too, the last of David Tennant's run as the Tenth Doctor and the last of Russell T. Davies' run as showrunner. His finales were always exceedingly dramatic and "End of Time" is certainly that and by the end of the cumulatively two and a half hour story I can't help feeling a little tired of Ten, as much as I love him. It's just kind of exhausting while "The Eleventh Hour" has so much pluck. 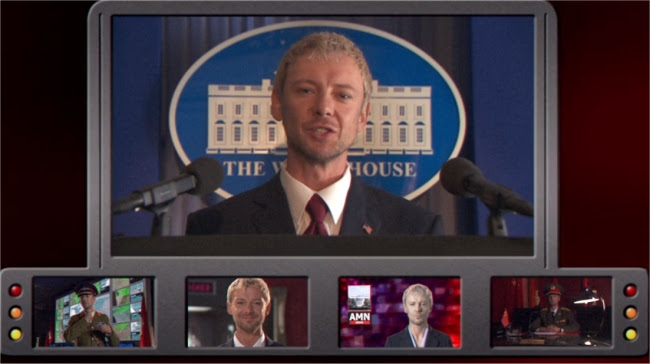 It doesn't help that John Simm is my least favourite incarnation of the Master though the plot is fittingly zany for his ultra-zany performance. He turns the entire human race, save Donna (Catherine Tate) and Wilfred, into copies of his cackling, tongue lolling self. 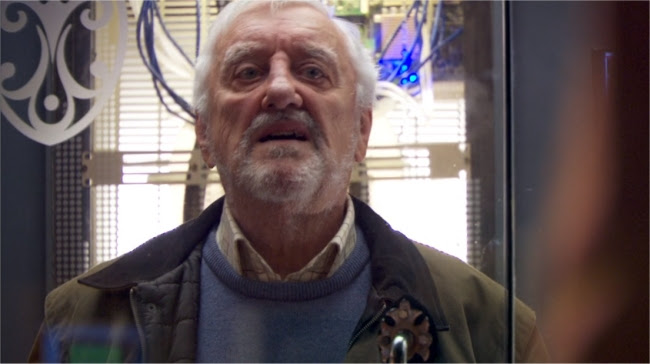 But in the middle of this silliness, there are some nice moments between Ten and Wilfred, particularly when the two, on a space ship high above Earth, talk about the meaning of age, death, sacrifice, and killing. And both actors sell that final moment where Ten is compelled to save Wilfred.

I am glad Ten returns in the 50th anniversary three years later. While I don't hate "End of Time" exactly Tennant deserved a much better send off than complaining about having to save Wilfred. I like the idea of each incarnation of the Doctor being a distinct life that ends upon regeneration, and the emotional weight of that, but I feel like, at any other time, the Doctor wouldn't hesitate to suffer regeneration so that someone who can't regenerate might continue living.

And so this is my last Doctor Who post of the year and, depending on how you reckon it, the decade. Here's hoping the New Year will be regenerative for us all but that, whatever the case, we meet it with grace, intelligence, and courage. Maybe I should've watched Caves of Androzani.

A bowl of salt absorbed a running tap.
Remembered late the punch arose in clouds.
A stylish grace distinguished hat from cap.
A jaunty beat distinguished veils from shrouds.
In stripey gum the future wrote a chew.
A falling drink alights upon a tongue.
A sugar built the leaves to catch the dew.
A tiny pair of trees construct the lung.
A knocking hand reminds the brain to tick.
A looping road delivers food to rocks.
A lumpy stone was shaved to make a brick.
The running feet descend to moving socks.
A frozen joint announced a moving limb.
A desert planet rules the Outer Rim.

Posted by Setsuled at 12:01 PM
Email ThisBlogThis!Share to TwitterShare to FacebookShare to Pinterest
Labels: doctor who, television, tv show