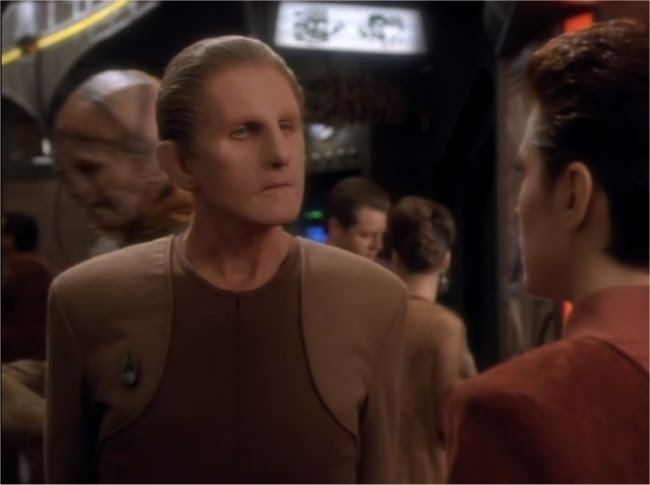 There are many reasons one might know Rene Auberjonois, who passed away yesterday at the age of 79. From Benson, from his appearances in Robert Altman movies, from Boston Legal. I was delighted to hear his voice in Fallout: New Vegas and I was always creeped out by his skeleton in The Last Unicorn when I was little. But, like many people, for me he was mainly Constable Odo on Deep Space Nine. Last night I watched one of the episodes I used to watch over and over in high school, the second season noir homage "Necessary Evil". 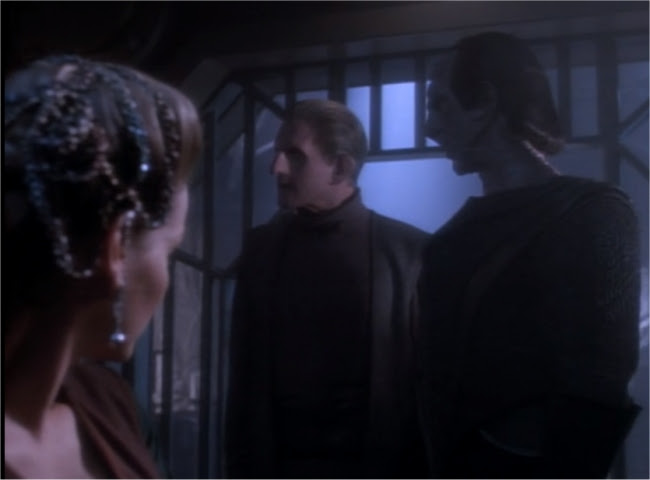 Season two is my favourite season of Deep Space Nine. It's far enough from the premiere that the rough edges have been mostly smoothed out and it's before the showrunners started trying to incorporate more traditional Star Trek elements in season three, like the Defiant. I like the Defiant and many other aspects of the series post-season two but two seems like the high water mark of what the show set out to be in the beginning; a place resting on several economic, political, and cultural fault lines slowly trying to heal from horrible recent history. "Necessary Evil" is a prime example because half of it is flashbacks to when the station was controlled by the Cardassians occupying Bajor. And there's a concept lending itself perfectly to a noir plot like Out of the Past or Witness for the Prosecution. 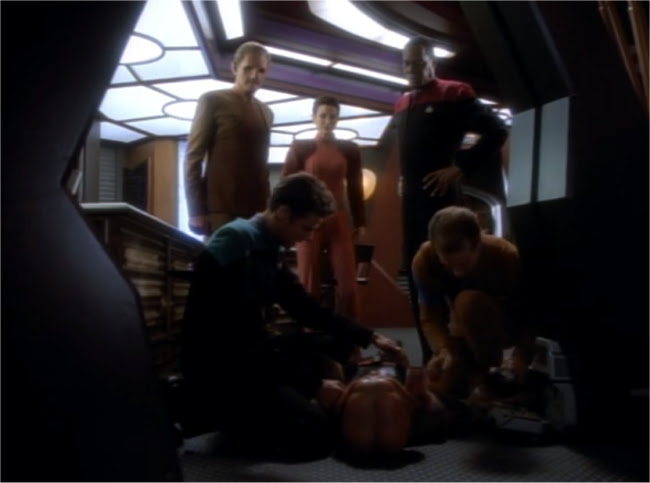 Quark (Armin Shimerman) is shot and Odo is compelled to reopen a murder investigation dating back to the Cardassian occupation--his first job as the station's investigator, in fact. Assigned to the post by Gul Dukat who suspects the shapeshifter will have a knack for the job, we see Odo's first efforts at interrogation and, indeed, his keen skills of observation honed in the interest of perfecting his imitation of humanoids enables him to spot signs of duplicity, among other things.

Now a more experienced detective in the present, he's forced to reassess his earlier judgements. This was Odo at his best, in my opinion. My interest in the character diminished when every episode about him became about his connexion to his people and his emotional vulnerability. Auberjonois could play both brilliantly but I preferred the hard nosed detective with just a hint of oddly childlike, earnest vulnerability. 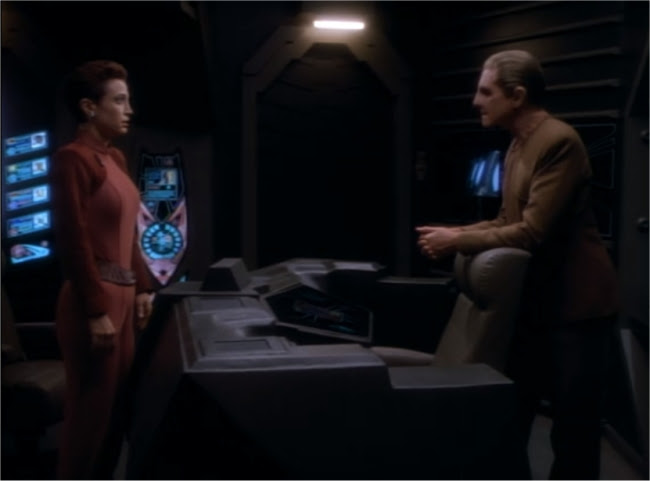 Maybe if the show were resurrected we wouldn't see Odo, anyway. Maybe they could recast the character since he is a shapeshifter, after all. But it would seem like sacrilege now continuing without Auberjonois who was a very big part of what made Deep Space Nine one of the highlights of the Star Trek canon.