Diamonds in the Radio 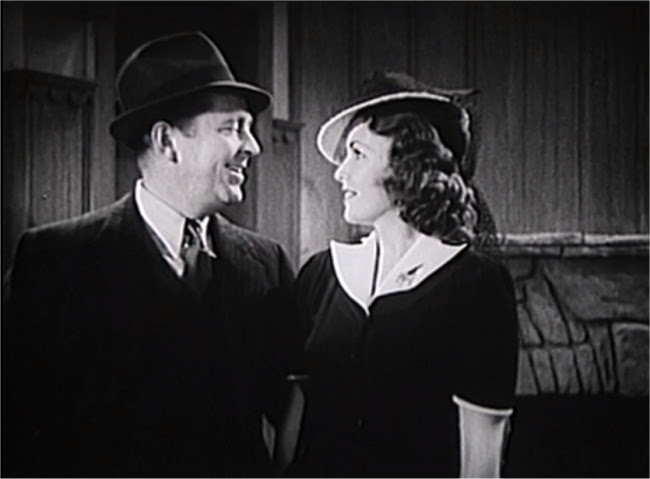 Don't let your kids grow up to be Skip Tracers. 1940's Hold That Woman! sure doesn't make it seem easy. Essentially repo men, they're constantly butting heads with cops who seem to have no problem seeing them as thieves. One particularly dopey Skip Tracer winds up in a surprisingly clever and genuinely funny adventure in this B movie.

Jimmy (James Dunn) is in hot water for failing to bring back goods people bought on bad credit. Despite this, he decides to take his date, Mary (Frances Gifford), along on his next job, leaving her in the car with a mink coat his company's holding for another client. He affably strolls up to the appointed apartment, bluffs his way in, and tries to make off with a radio. And he's incredulous when the cops throw he and Mary in the clink. 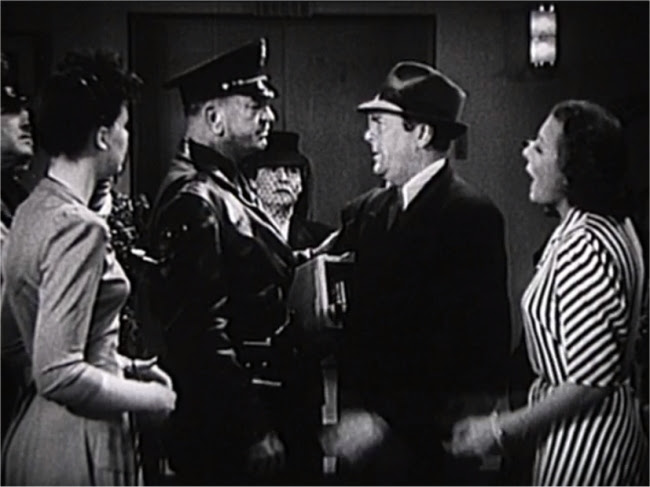 The dumb lug isn't too popular with Mary's cop dad, either. But a juicier plot's afoot--turns out the radio he tried to nab was holding a bag of diamonds stolen from a movie star (Anna-Lisa). The guy behind the heist is a big operator and Skip Tracers Inc. is eager to track down the goods to collect the big reward. 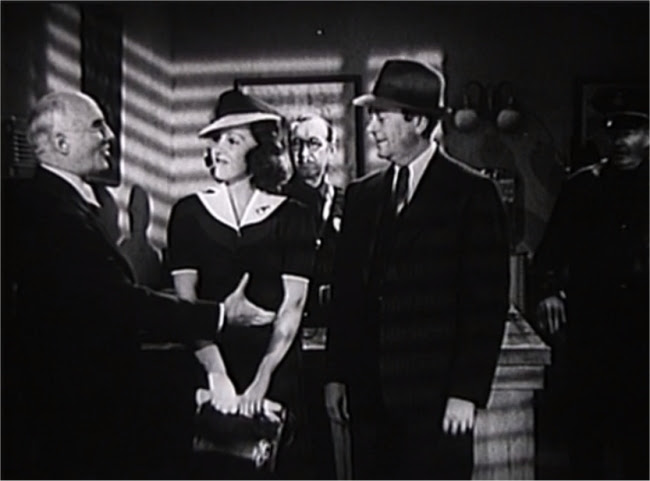 It's a simple hearted film, a good blend of crime suspense and comedy and never once feels lazy or formulaic. Hold That Woman! is available on Amazon Prime.

A dial dropped behind the graph for looks.
A number time enumerates the count.
A rising dough dismayed the baking cooks.
A horsey thought reminds the mental mount.
A baking race recurred in burning pots.
A rapid garland grew from moistened throats.
Venusian rain collapsed the sun in spots.
As domes replace the heavy roofs and moats.
Collected pictures start computing glass.
A bowing lens embossed in silver streams.
A heavy horse destroyed the mountain pass.
And bigger mounts returned in shiny dreams.
A blinking star reveals the dust and space.
A planet held a heavy sinking place.

Posted by Setsuled at 7:15 PM
Email ThisBlogThis!Share to TwitterShare to FacebookShare to Pinterest
Labels: comedy, crime, hold that woman, movies