The Path of Scrooge 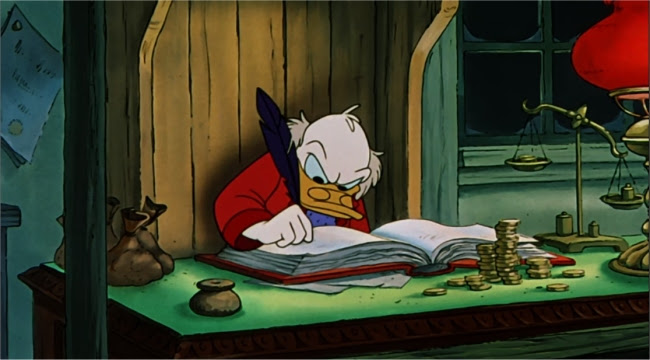 Merry Christmas, everyone. I've been watching some of the usual suspects; Fanny and Alexander, "The Snowmen" Doctor Who Christmas Special, and yesterday I watched Mickey's Christmas Carol. I do love my Disney+. It's hard to believe Mickey's Christmas Carol is only 25 minutes, I feel like it was at least an hour. But the first time I watched it I was a kid and an hour basically feels like a day to a kid.

As poverty becomes an increasingly visible problem, less easily dispensed with by the usual urban legends about secret billionaires begging for loose change, versions of A Christmas Carol always feel bold and Mickey's Christmas Carol is no exception. It's strange how such a seemingly simple idea touches a nerve. There's a inborn guilt to any accumulation of wealth that suggests Puritanism but, on the other hand, I've never seen a homeless person who I thought deserved to be cold and hungry on any day of the year. DuckTales or the Uncle Scrooge comics give some idea of how hard Scrooge worked for his wealth, maybe it's natural he'd be afraid of letting go of that single minded purpose. Though I guess Mickey's Christmas Carol is set in an alternate universe. Or perhaps Daisy Duck is a time traveller and she was the love of both Scrooge's and Donald's life. There's an idea with weird possibilities.

Anyway, Happy Christmas to all. 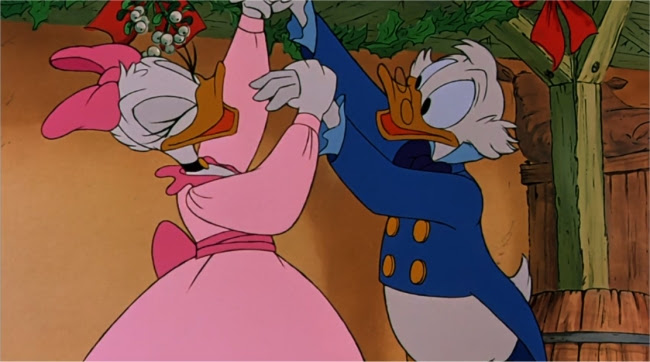 Posted by Setsuled at 11:42 AM
Email ThisBlogThis!Share to TwitterShare to FacebookShare to Pinterest
Labels: animation, mickey's christmas carol, movies