That Old Ghostlight is Evergreen 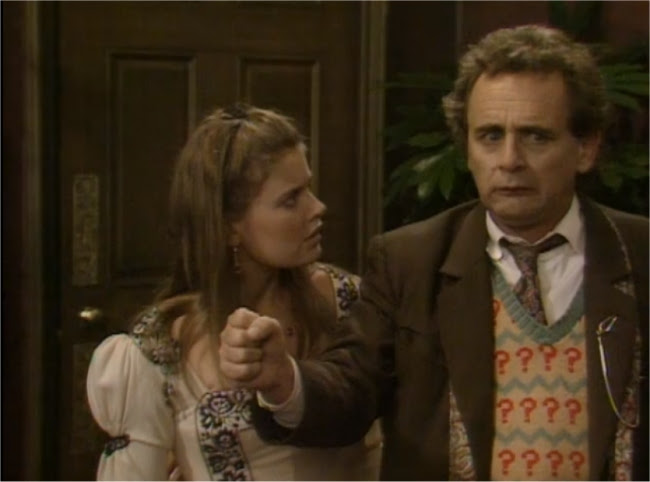 No matter how many times I watch Ghostlight it stays fresh. Probably because the 1989 Doctor Who serial is so dense with subplots--some might say muddled. Originally written as a four part serial by Marc Platt, it was all crammed into three, with the result being that this haunted house/drawing room mystery is delirious in its pace. I love it. 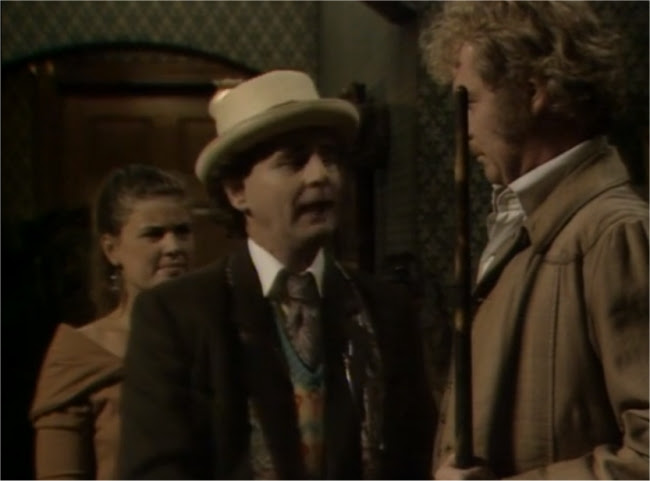 What's going on here? Set in the late Victorian era, the whole serial takes place in an enormous mansion. Let's see if we can identify every thread;

1. Ace (Sophie Aldred) has lingering trauma from visiting the house as a teenager, in the future, and the Doctor (Sylvester McCoy) has partly brought her here to confront it.

2. The current owner of the house, Josiah (Ian Hogg), is secretly a renegade alien scientist intent on cataloguing and tampering with lifeforms.

3. There's a woman or monster called Control (Sharon Duce) locked in the basement.

4. The Butler, Nimrod (Cart Forgione), is a Neanderthal with his own motives.

6. There's a policeman in stasis in the bottom drawer of Josiah's collection.

8. And, finally, there's a superpowerful alien being called Light (John Hallam) who has the appearance of an angel. 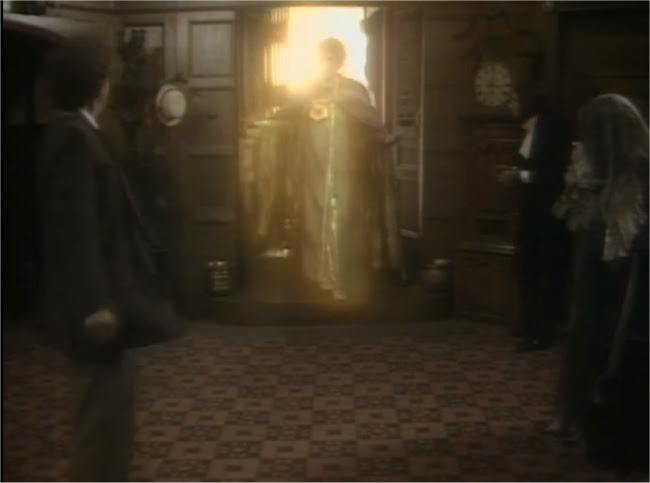 Oh, yeah, there's also a reverend (John Nettleton) who takes Josiah to task for his adherence to the theories of Charles Darwin so Josiah takes revenge on him by turning him into an ape.

Light is the enemy of Josiah and they seem to be at ideological extremes--Light abhors any form of change and turns people to marble when he detects any development while Josiah is obsessed with manipulating identity and genetics. He changes his own form several times. Platt seems to have been crafting a story about the folly of going too far in either direction. Gwendoline is liberated when Ace talks her into wearing a tuxedo but she's maddened when she discovers how many times her identity has been destabilised--she only finds peace when she goes back to her first one which, ironically, makes Light turn her into marble because he sees it as her changing too much. 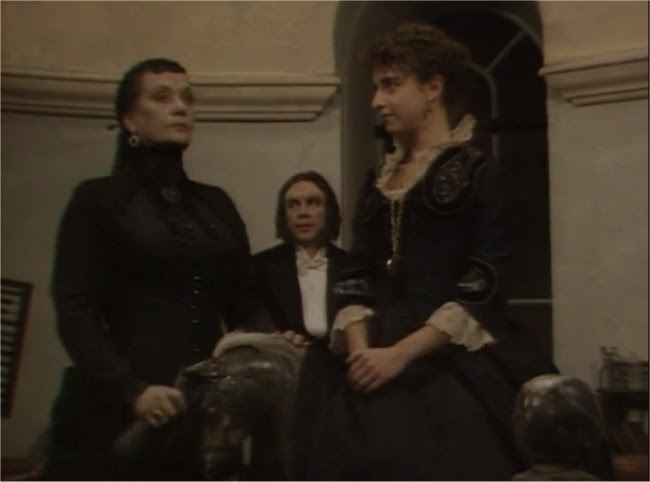 "Too many games, even for me," says the Doctor but I somehow doubt that's true. I love how he advises Ace not to try the soup on entering the dining room some time before Light reveals the soup is primordial soup. 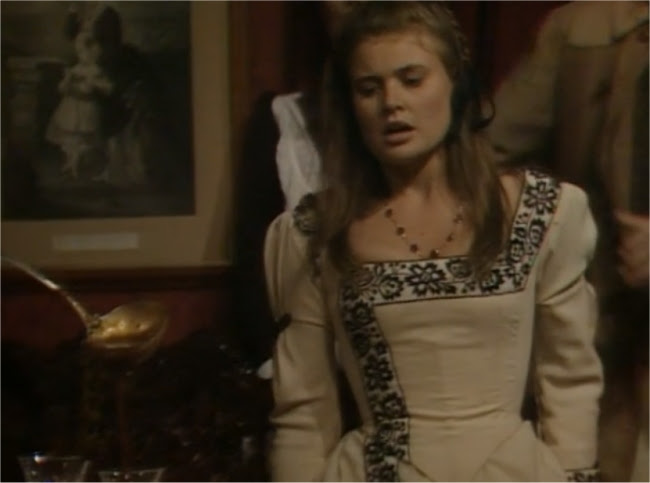 And then there's Control, who wants to be a proper Victorian lady and the strange bug faced men in a hidden futuristic room. It's a challenge to keep up with this one but it's a challenge I'm always happy to accept. I love haunted house stories and the sets here are pretty good. I always love the wood panelling and the green wallpaper.