A Girl and Her Devoted Ghosts 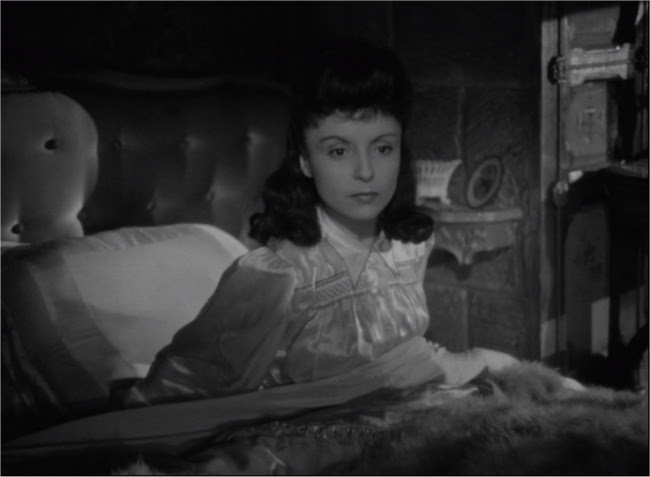 When does love begin for a young girl? Maybe with a ghost, as in 1946's Sylie et le fantome, the story of a girl who moves into a castle and falls in love with the lost lover of her ancestor. This begins a pretty, psychologically rich fantasy about the formation of a young person's conceptions of the opposite sex. 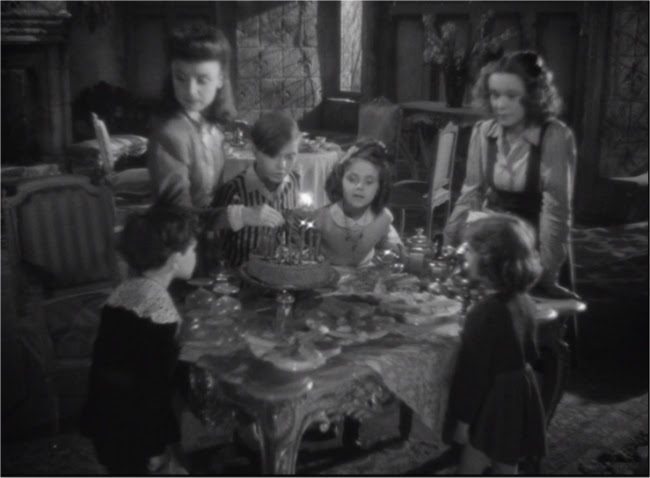 Sylvie (Odette Joyeux) is just about to turn 16 and dreamily tells other children stories of an 18th century nobleman, Alain de Francigny, who loved her ancestor before perishing in a duel for said ancestor's hand. Little does she know the invisible ghost of this ancestor, charmed by her affection, stalks the castle played by a pre-Hulot Jacques Tati. 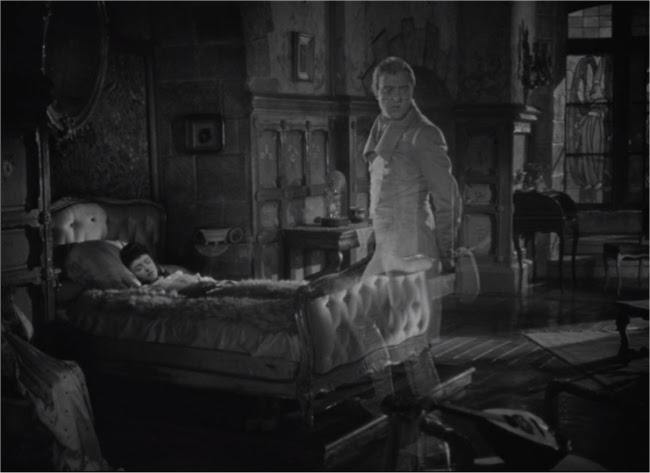 Obviously his skill at mime and physical comedy comes into play but he's also more effectively dashing than one tends to think of Monsieur Hulot being. He's able to do little things like prevent her from blowing out her birthday candle but he can do nothing by way of direct communication. Sylvie's father, a baron (Pierre Larquey), enlists an actor to play the ghost beneath a sheet. But he mistakes two wouldbe thieves as additional actors and decides to employ all three as the same ghost. 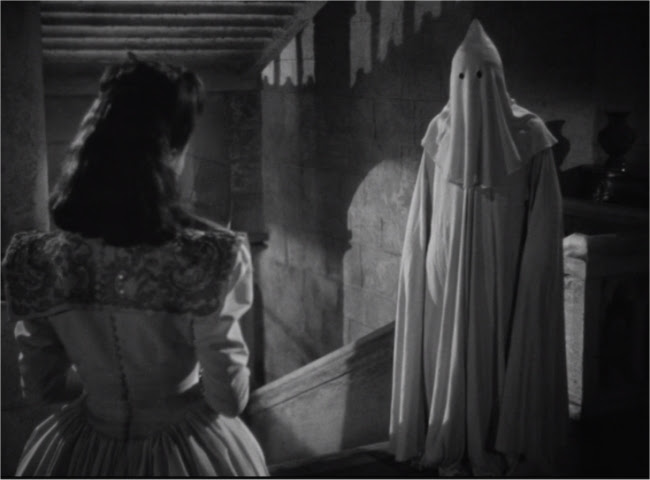 Sylvie, sweetly credulous as Alice, accepts each "ghost" as he introduces himself and falls in love a little bit with each of the thieves in turn. The concept here is pretty plain but no less sweet for it--which man comes closest to fitting her ideal? Except, by the time the real Alain dons the sheets, she's talking about how she's already outgrown the fantasy. But has she, or has the fantasy merely evolved?

It's intriguing the film uses two thieves, one for her to accept and the other for her to reject along with the real ghost. It's almost inevitable for a pretty girl to break many hearts, of course, but it also refines the nature and mystery of her choice.

Odette Joyeux plays Sylvie with an appropriate sharpness--she's not dumb, she's just innocent--that makes her all the prettier. The special effects are another wonder in themselves, the kind of slight of hand tricks that work so well in Cocteau's films from the period. And one forgets its a special effect when Tati tries and fails to drag a sheet through the wall.

Sylvie et le fantome is available on The Criterion Channel.