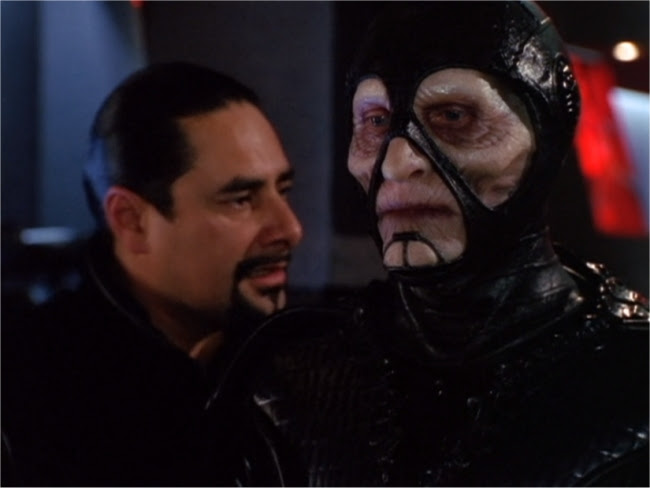 Farscape's season three climactic two parter ends with the extravagant exit of two characters and the murky issues involving the Peacekeepers come to an unambiguous conclusion. More or less. 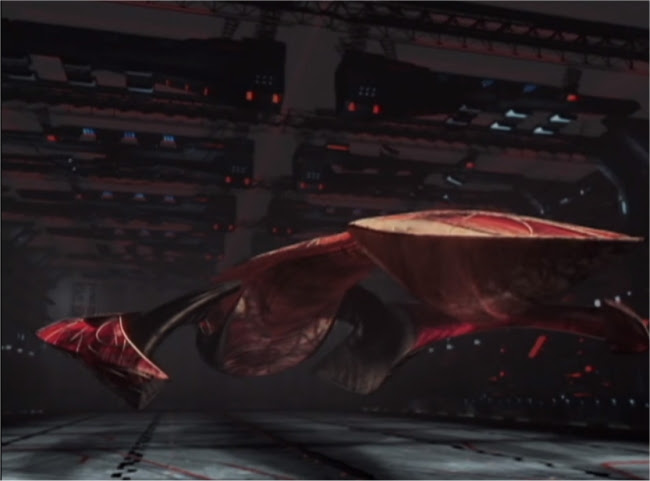 It's been a few episodes since Talyn killed a ship of civilians. As often happens with a character who's redeemed after committing horrible deeds (as seen recently in another space opera series), Talyn must die, in this case by starbursting in the middle of the Command Carrier with Crais (Lani Tupu) inside. This is just one of the violent ways the moral ambiguities of the previous episode are concluded, the more impressive, in my opinion, being the fiery death of Henta (Marta Dusseldorp), the old comrade of Aeryn (Claudia Black). 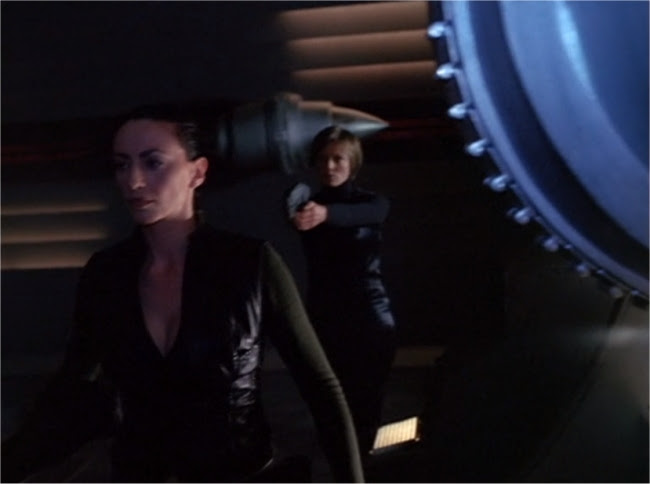 It's hard to see this as a consequence of Henta's loyalty to the Peacekeepers since these random flames could as easily have hit Aeryn. It's worth remembering that sometimes life and death obey no code of morality or justice. Which makes decisions about such things all the more difficult and the final confrontation between Scorpius (Wayne Pygram) and Crichton (Ben Browder) the best part of the episode. 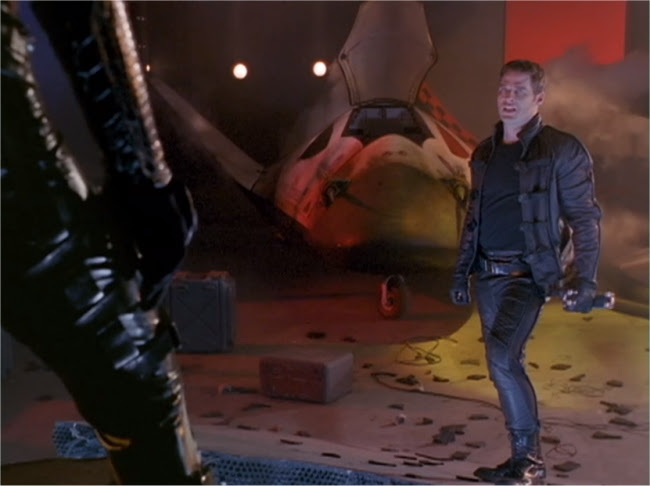 Even after Crichton has clearly betrayed him, Scorpius is actually still making his case, still telling Crichton about the threat posed by the Scarrans. This is after Crais has gotten his final revenge on Scorpius but I wonder if it's partly a reflection on Crichton's experience with Crais, the process of reconciliation between two bitter enemies, that compels him to stop a moment and cooperate with Scorpius to remove the bracelets. The fact that the two had been sharing each other's physical pain, and that Scorpius has been willing to hurt Crichton (and himself in the process), works as a good symbol of understanding, too. This is the beginning of not a beautiful friendship but certainly another of Farscape's famous weird relationships.