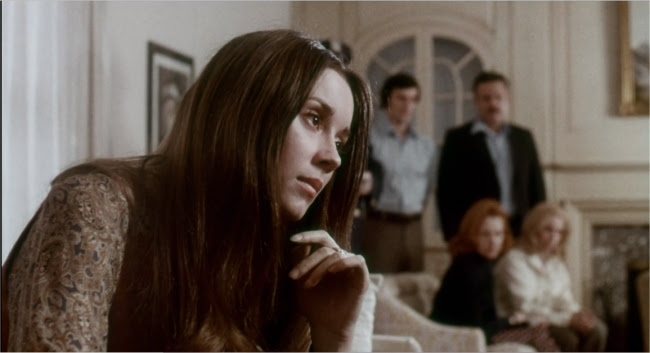 A stopped clock is right twice a day so maybe once in a while the Salem witch trials caught a real, murderous witch. 1971's Death by Invitation tells the story of such a witch and one of her descendants, centuries later, taking revenge on her enemies' descendants. A very low budget horror film with exceptionally bad sound--ADR and foley--it also has surprisingly nice wardrobe and tasteful production design as well as good performances, particularly a spell-binding lead performance by Shelby Leverington, who was destined, over twenty years later, to briefly play a transporter beam operator on an episode of Star Trek: The Next Generation. At least she can always say she did Death by Invitation and, while it's far from a perfect film, she certainly shines in it. 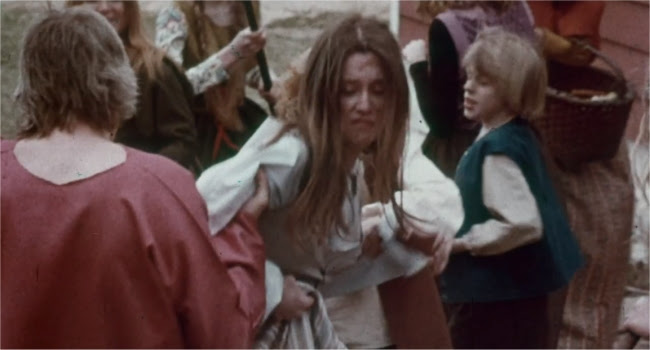 Most the film is set in the present day with intermittent flashbacks to a Puritan mob stoning and beating an unnamed witch (Leverington). In the present day, a young woman also played by Leverington is the daughter-in-law of Peter Vroot, played by Aaron Philips, who also played the leader of the witch's persecutors. This new incarnation of the witch, Lise, is slowly picking off all of Peter's children, starting with her own husband. In one striking scene, Peter sends his youngest daughter upstairs to see what's detaining his eldest daughter. The little girl opens the door to surprise Lise in the act of decapitating the elder daughter. 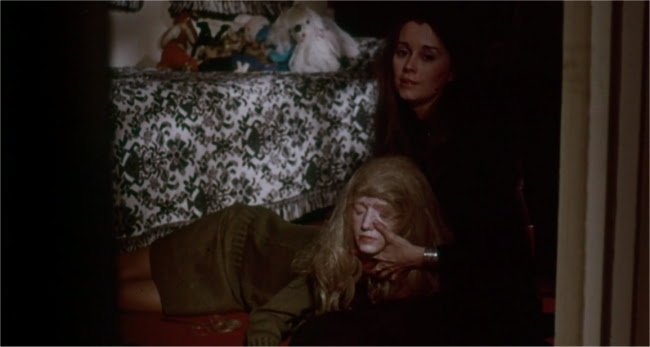 I love the idea that the monster is surprised and startled; somehow it makes the moment creepier.

Leverington has great presence as an elegant fatale, cool and contemplative with a cigarette. One man she kills for fun; when he tries to pick her up she takes him home and the camera gives us an extreme close-up as she tells a story about an ancient tribe where women were the hunters and they kept men in submissive, domestic roles. There seems an obvious comment intended by the filmmakers on radical 70s feminism--this was only a few years after the SCUM Manifesto. Who is our male hero who can stand up to this kind of talk? None other than Norman Parker, who would go on to play patriarch Robert Keaton on Family Ties. 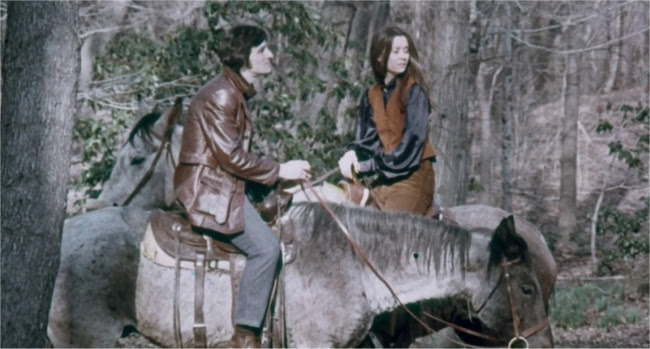 I love that rust vest but she wears it with a better blouse earlier in the film. 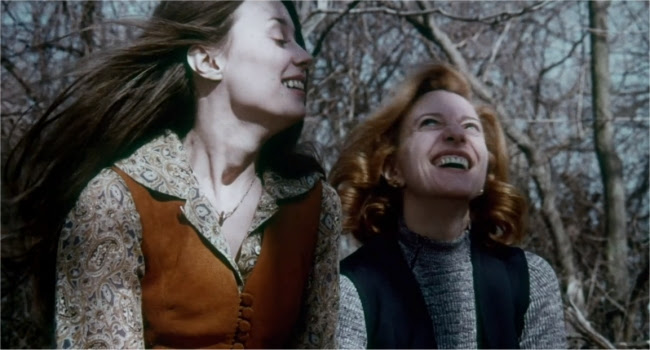 As a character named Jake, fiance to one of Lise's friends, Parker's about 65% repulsive and 35% charming, enough to create genuine sexual tension between himself and Lise. There's a fascinating ambiguity in the play for dominance between the two of them. She tries to play with him like she does her other victims only to find her moves increasingly forestalled by his small, physical aggressions. But when he takes her wrist or kisses her before she can decide if she wants him to, we also have to bear in mind that a substantial pile of bodies are building up thanks to her vendetta and he hasn't even guessed. In one sense, he's taking control, in another, the whole situation is a facade she's constructed. 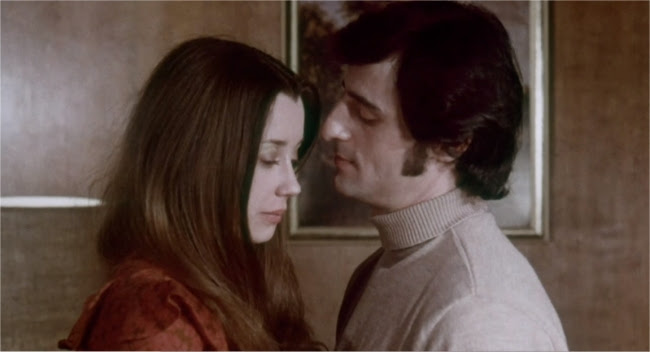 But perhaps murder isn't adequate satisfaction when she finds herself physically and emotionally responding to Jake's advances. She takes him back to her apartment because he insists--but did she really have to--and she starts telling him that same story about the tribe of female hunters. But she's clearly rattled. What does it all mean exactly? The intriguing question is what does it mean for her campaign of vengeance over the centuries. The movie wisely refrains from providing an answer.

Death by Invitation is available on Amazon Prime.

A stomach built about the stone condensed.
As clouds of thinking guts advanced a thought.
Conducted fuel through engine thrust commenced.
Contracted flights conceived an airy knot.
A message moves across the clock and waits.
The time resides in ash and scattered smoke.
The walls of books define the storied gates.
Attempts to climb insured a heel was broke.
A narrow stair was shaved to rugged hill.
Between the crossing shade it rose above.
On papers nailed to rock was writ the bill.
A round of numbers stood for offered love.
As distant worlds connect at once they blink.
Arrival looks forever like the brink.