The Santa of Your Dreams 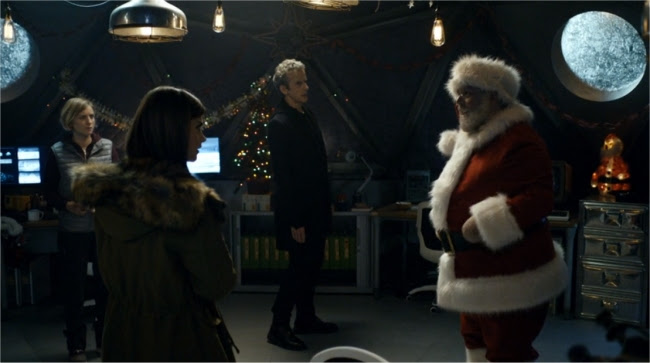 There'll be no Christmas for Doctor Who under the harsh rule of Chris Chibnall this year but we can always go back and watch the old Christmas specials. Last night I watched the fascinating balancing act that is "Last Christmas" again, the 2014 Christmas special (can it really have been five years?). In addition to being a Santa Claus story to appeal to children, it also has elements reminiscent of Alien and Nightmare on Elm Street 3. It's ambitious. Does writer Steven Moffat pull it off? Your mileage may vary but I find the episode has improved with age for me.

21st century audiences used to be kind of fussy; they would want fantasy but they never, ever wanted to feel like rubes. The younger generous seems more credulous, which has its pros and cons, but maybe the constant irony of Nick Frost's Santa Claus in this episode was already wearing thin. Still, at its heart "Last Christmas" is a story about the value of fantasy and how it can save you from deception, which is a very good idea. It's why I'm always disappointed when someone tells me they prefer non-fiction. Documentaries and biographies always have a point of view, however benign--the process of editing for time alone involves picking and choosing what matters. 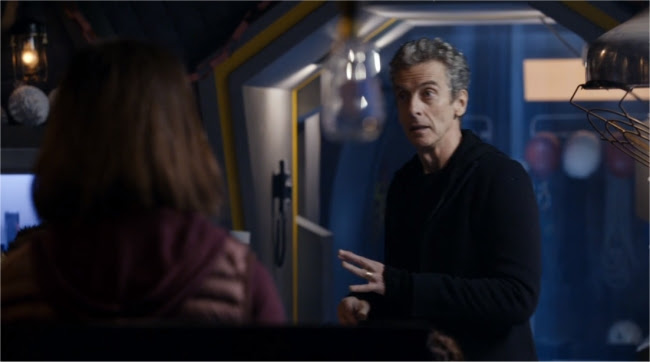 "Dreams. They're funny," says the Doctor (Peter Capaldi). "They're disjointed. They're silly. They're full of gaps. But you don't notice because the dream protects itself, stops you asking the right questions." When the Doctor talks about how the "dream crabs" are networking their brains, it's not hard to think of the shared reality of internet discourse. And this is an idea Moffat played with a lot in his tenure, maybe most directly with "The Bells of Saint John."

In this sense, Santa Claus is a brilliant antidote because when he shows up in context he's an immediate signal, the brain's defence mechanism to show the falseness of the crab's "anaesthetic" illusory world. Yet the episode also has to have children in mind so we have things like the sleigh ride and Clara (Jenna Coleman) emotionally pledging her belief in Santa, at one point even implying that the Doctor is her Santa. Which is an interesting evolution from the Doctor as Christ figure in the Russell T. Davies era. 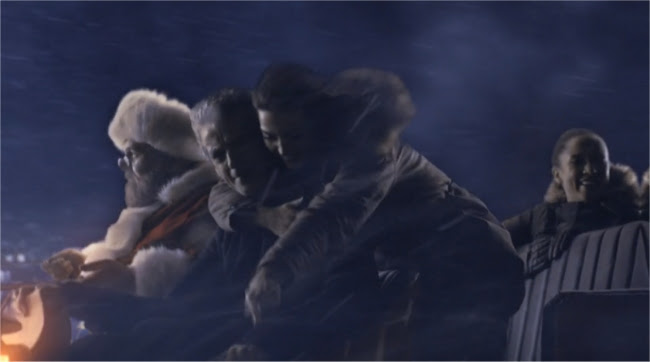 These contrasting elements--the importance of fantasy and the danger of compelling illusion, exist side by side and the conflict is wonderfully provoking. Fantasy, because we know what it is from the start, allows you to evaluate its ideas and aesthetics on your own terms, the power is implicitly in the reader or viewer. Illusion or propaganda reserves power for the creator of the material, it's meant to disorient and subdue the viewer. It's a good thing we have the Doctor.

Posted by Setsuled at 9:59 AM
Email ThisBlogThis!Share to TwitterShare to FacebookShare to Pinterest
Labels: doctor who, last christmas, steven moffat, television, tv show