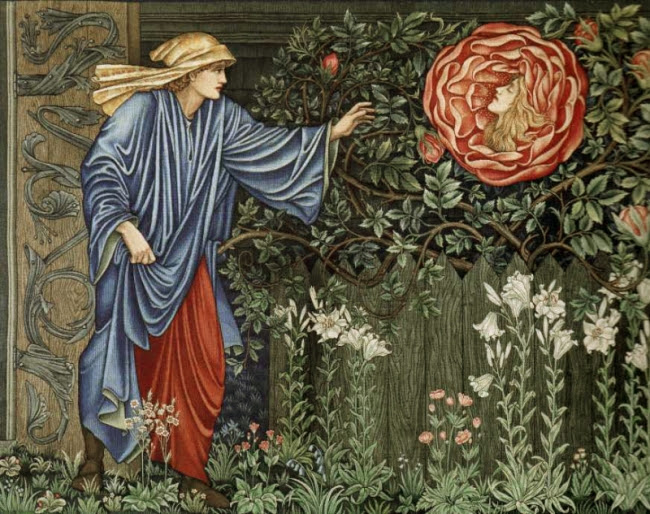 Wouldn't life be better if we were all closer to nature? Just don't get too close like Frank Halton in E.F. Benson's 1912 short story "The Man Who Went Too Far". Using robust and beautiful language, Benson creates a sense of heady, rapturous natural beauty which has a nicely subtle, creepy effect that pays off nicely.

H.P. Lovecraft, in his essay on supernatural horror, wrote, "'The Man Who Went Too Far' breathes whisperingly of a house at the edge of a dark wood, and of Pan’s hoof-mark on the breast of a dead man." Which sounds pretty ominous but the story begins with language that recalls something more like an exuberant pastoral poem.

Winds whisper in the birches, and sigh among the firs; bees are busy with their redolent labour among the heather, a myriad birds chirp in the green temples of the forest trees, and the voice of the river prattling over stony places, bubbling into pools, chuckling and gulping round corners, gives you the sense that many presences and companions are near at hand.

This is part of a grand set up, a florid description that takes up a few paragraphs before the characters are introduced and the story begins. A man named Darcy visits his wealthy friend, Frank. The 35 year-old Frank looks remarkably young and happy and throughout the story he explains to Darcy how it has to do with an extraordinary communion he's achieved with nature. He describes it as "the deliberate and unswerving pursuit of joy," his theory being that animals experience a sort of primal joy unknown to humans. There are some subtle rules to it and the story describes how Frank loves the sight of a happy old woman but abhors the sight of an injured child. He talks about some great, final secret yet to be revealed to him and Darcy suggests that the secret might be that suffering is ultimately behind everything, since that's a component seen in abundance in nature but seems peculiarly absent from Frank's experiences so far.

It all reminded me a bit of how 19th century Gothic writers were reacting to the love and reverence for nature exhibited by the Romantics and the Transcendentalists. Like Moby Dick demonstrated the natural world isn't all Leaves of Grass.

The character of Pan appears in the end, perhaps showing the influence of Arthur Machen but "The Man Who Went Too Far" is a nice piece of horror in its own right.

Featured above: The Pilgrim in the Garden by Edward Burne-Jones.

Posted by Setsuled at 12:16 PM
Email ThisBlogThis!Share to TwitterShare to FacebookShare to Pinterest
Labels: ef benson, horror, hp lovecraft, literature, the man who went too far