The Continuing Variety of Alien Life 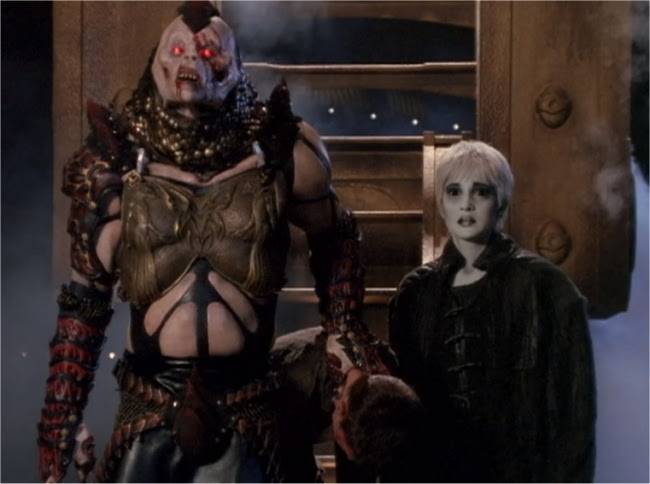 The remaining members of Talyn's crew in Farscape season three return to Moya in an episode that also features a few unexpected guests. On a crowded Leviathan, it's especially hard to find a turncoat. 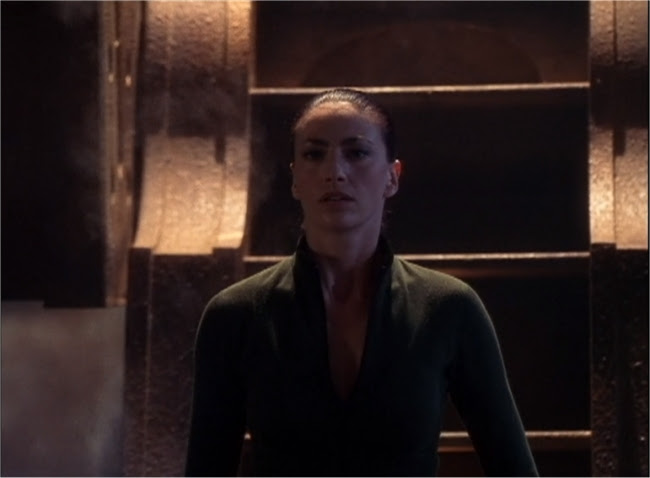 And Aeryn (Claudia Black) now has to confront the other Crichton (Ben Browder). Mostly she does this with silence and brief courteous acknowledgements. I suppose this is understandable but it's a difficult situation to even imagine. The idea that Crichton might be jealous of his other self is brought up but his behaviour doesn't come off that way. He seems stunned mostly, which, again, is understandable. 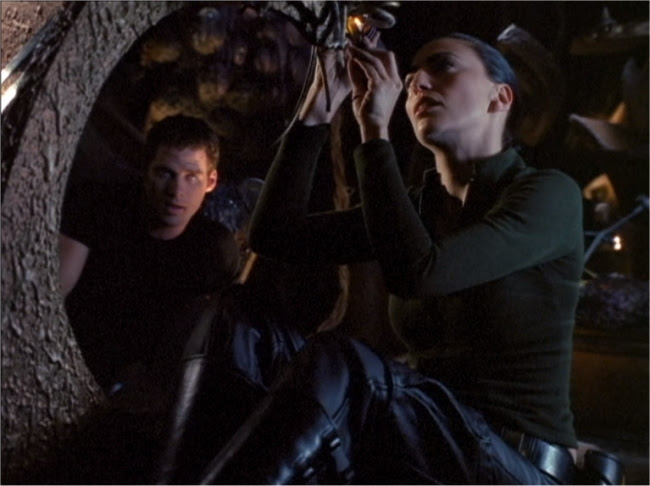 The main plot of the episode focuses more on a fascinating motley of escaped Peacekeeper prisoners--a Scarran male (Nicholas McCay), a Hynerian woman named Orrhn (Alexandra Fowler), an Intersex Nebari named Hubero (Kate Beahan), and a member of a species called Boolite who can survive after his body has exploded. Moya's crew are obliged to clean up the body parts and reconstruct this strange sentient being. 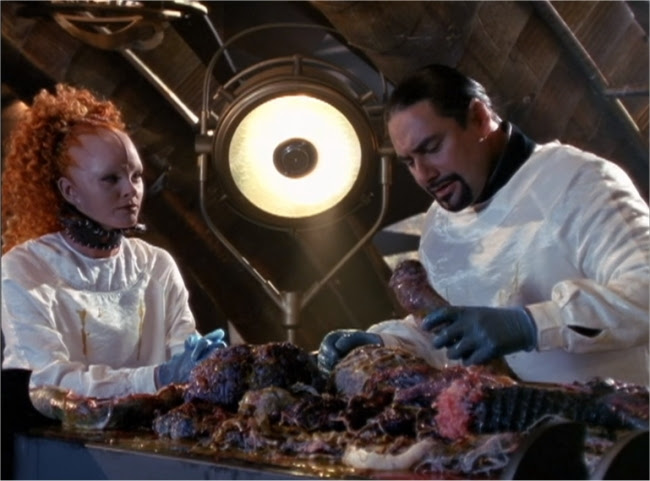 Jool (Tammy MacIntosh) and Crais (Lani Tupu) are obliged to do the reconstruction. This is a strange context for Crais and it's easily his funniest part in the series as he's forced to politely follow Jool's condescending instructions and criticisms in his handling of raw brain matter and unidentifiable organs. 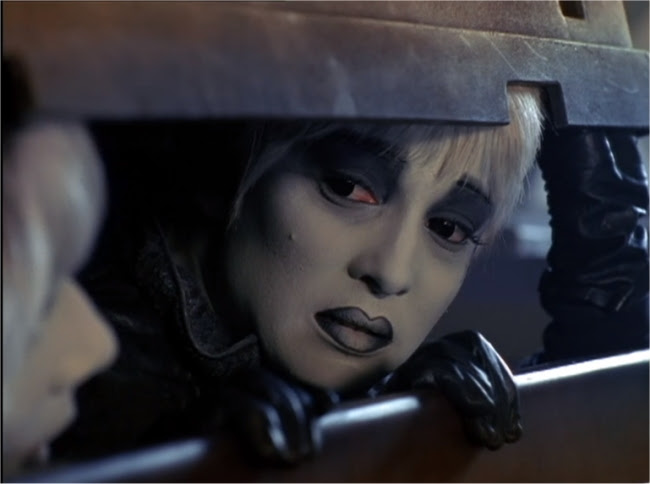 It would have been nice to see more of Hubero but Kate Beahan is beautiful and gives a good performance. Hubero and Chiana (Gigi Edgley) comparing notes about being outcast Nebari is nice. 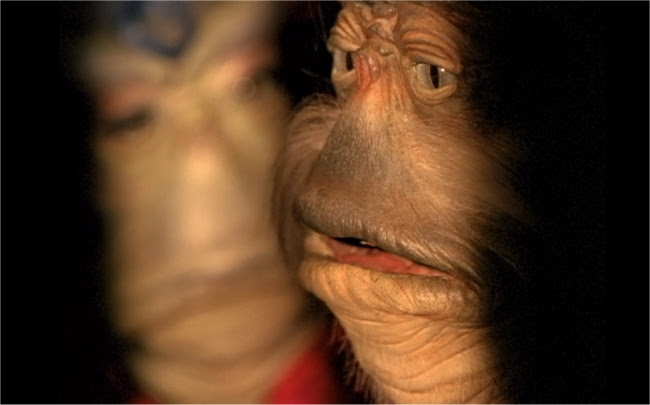 Rygel (Jonathan Hardy) surprisingly enough has the lion's share of drama in this episode as his belief in his own majesty blinds him to the machinations of the attractive Orrhn. The poor little guy just never seems to stop falling from his grand height. Sometimes its funny watching him suffer indignities but by this point I just feel bad for him and his every pointed line in the climax was a satisfying little spark.