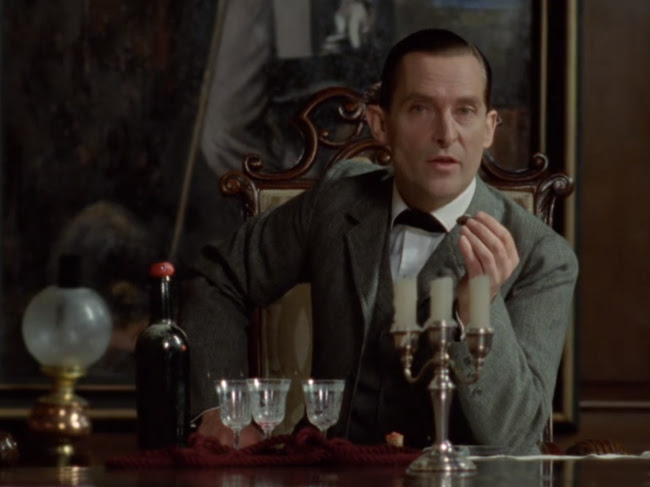 Among the things I've changed my opinion on since I was younger is "The Abbey Grange", an episode of the unsurpassed Sherlock Holmes series starring Jeremy Brett. I've always thought the series the best version of Holmes on film and subsequent adaptations and pastiches have only confirmed it--neither Robert Downey Jr. nor Benedict Cumberbatch can hold a candle and Cumberbatch seems almost to be doing an imitation of Brett. On top of that, Brett's series most faithfully adapted the original stories, keeping the puzzles as the centrepiece instead of the (admittedly often entertaining) pulp adventures or the (sometimes interesting, often tedious) psychological deconstructions. But the series seems to be divided between episodes with restrained direction aiming for a more barebones realism and episodes obtrusively stylish with lots of strange closeups and odd editing choices. I used to love the former and hate the latter. Now I love them both, including "Abbey Grange", which belongs to the latter group. 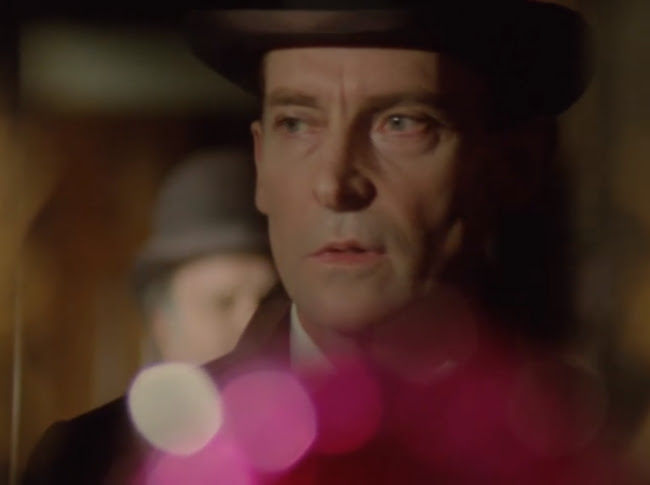 Directed by Peter Hammond, one of the first things we see when Holmes arrives on the scene of the crime is an extreme closeup of Anne Louise Lambert as Lady Brackenstall. 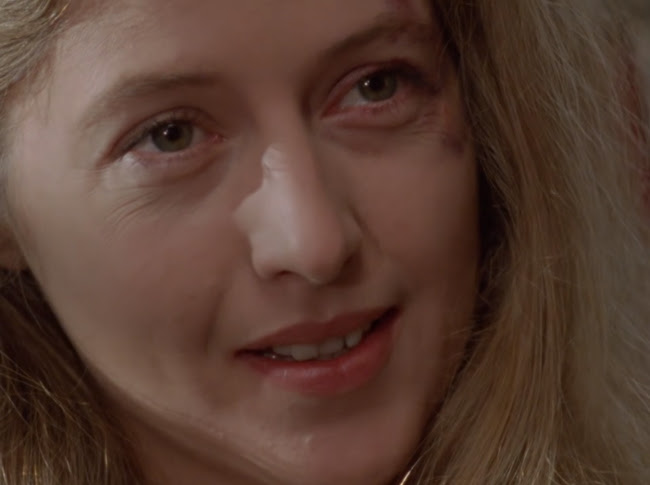 This is only the first of a series of lingering closeups on the actress best known for playing Miranda in Peter Weir's Picnic at Hanging Rock. Appreciating her drowsy beauty is crucial to appreciating the plot of that film and it's important again in "Abbey Grange". It works along with the intense focus Brett conveys in drawing us into the mystery--when the solution to her husband's death and the assault she's suffered seems too simple, the closeups on her lovely face, presumably from Holmes' point of view, compel us to linger and wonder.

It's also funny when Holmes completely fails to fall under a spell, insistently asking questions. That is until the end when he becomes a little flustered at her gratitude. I love the wardrobe in this episode, especially Holmes' layers of grey, particularly the dark, rosy grey of his homburg. 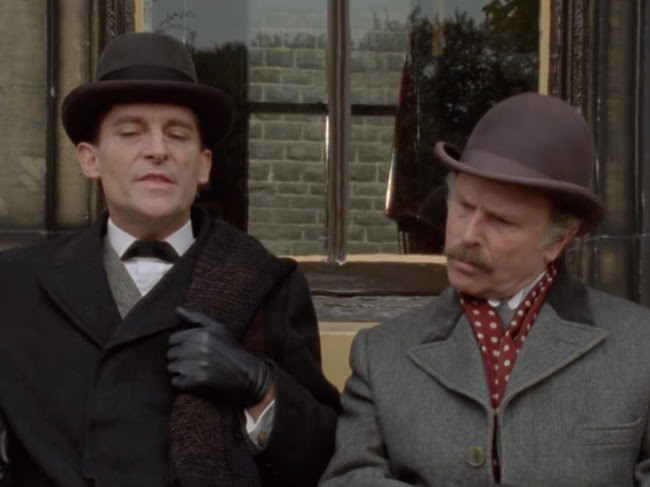 Now I find myself charmed by all the cinematic mannerisms somehow. It helps that I'm seeing it in high definition--I always just had lousy DVDs before. Now, thank goodness, it's all been crisply restored and it's on BritBox. It's a lovely, reliable series to return to and random times. It's one of those things one senses will always be a treasure as long as civilisation continues.

Posted by Setsuled at 3:47 AM
Email ThisBlogThis!Share to TwitterShare to FacebookShare to Pinterest