Lovers or Their Louder Shadows 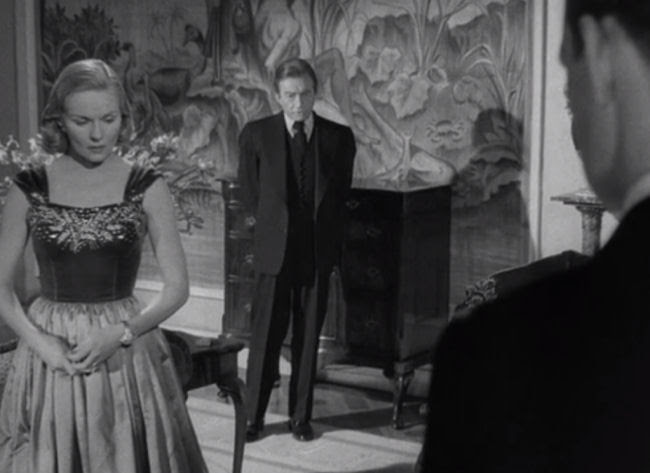 A ballet of oppressive, silent tension is enacted by Ann Todd, Trevor Howard, and Claude Rains in David Lean's 1949 film The Passionate Friends. Based on an H.G. Wells novel, it may be the most reticent romance ever filmed, unless that's In the Mood for Love. But for all the ravishment that does not occur, Lean fills the film with an intense, ever present, and arresting potential.

The film begins with a somewhat disorientating cascade of flashbacks. Mary (Todd) recalls a vacation to Switzerland some years ago where she happens to be placed in a room beside Steven's (Howard). Then in this flashback is another from nine years prior in which Mary runs into Steven at a New Year's party in Italy--and then she recalls their passionate collage affair. This last layer is not depicted. It's so complicated it could be funny but the tone is understated enough and the performances by Todd and Howard so good, you're already more concerned with trying to fit together the pieces of the past shared by the two. 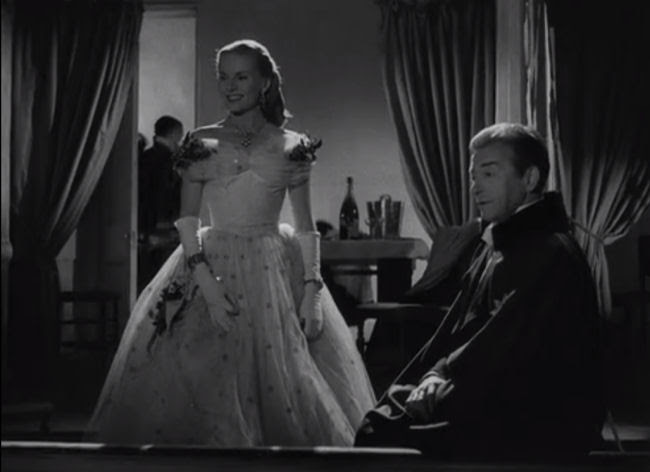 Already by that 1939 New Year's party Mary's married to Howard (Rains) whom she has no desire to divorce at first. She had a passionate young love with Steven and Howard prefers to think of their marriage as cooler but healthier. The movie interestingly frames Howard's perspective alongside the European political stage leading up to World War II. At one point, Howard, a banker, is holding forth on the economic situation in Germany and upbraids the "Teutonic mind" for being always corrupted by power because it's too "romantic". 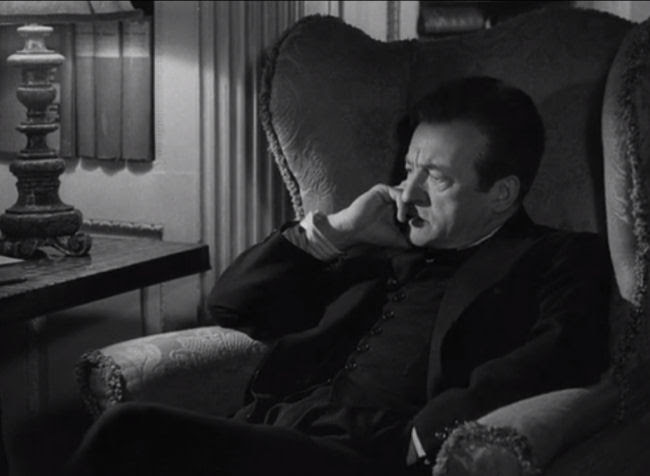 He condemns the "romantic" love between Mary and Steven in a later scene. He says he knew Mary didn't love him when he married her but preferred the idea of having a good, solid, attractive companion by his side to enjoy his wealth. The title of the film may then refer to Mary and Howard since they're more like friends than lovers, despite being married, or it could refer to Mary and Steven, who are friends in name but clearly wish for more in practise. 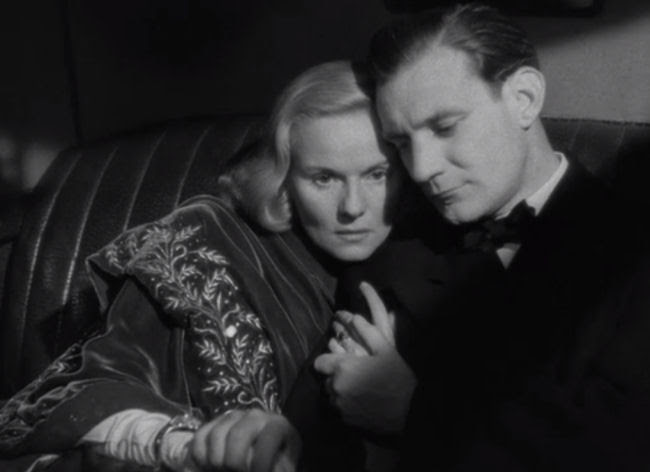 The movie is perhaps best looked at as a series of moments where two or three people stand or sit beside each other anticipating. The mixture of dread and longing in that anticipation is always palpable, delivered by the performers and compositions. 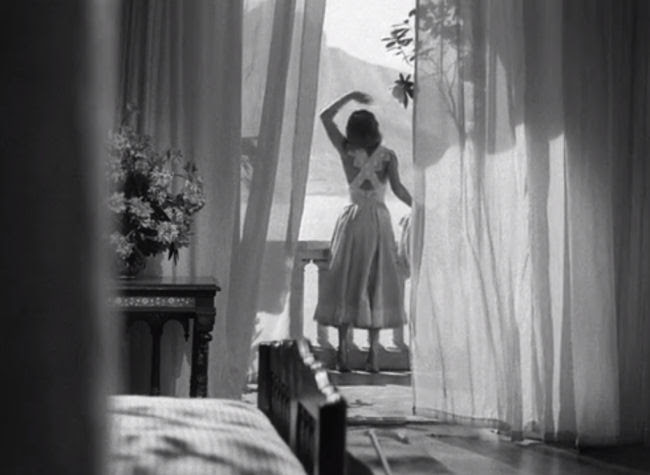 In one particularly striking scene, Mary runs into her hotel room and past Howard whom she doesn't see sitting beside the door. She rushes to the balcony to wave at Steven. The shot is presented from Howard's point of view, her back is to us, and we're left to wonder about the expression on her face. As she turns, a gust of wind blows the curtains before her and she becomes a silhouette, denying us revelation a moment longer, even while Howard's, and our, instincts surely have guessed all. 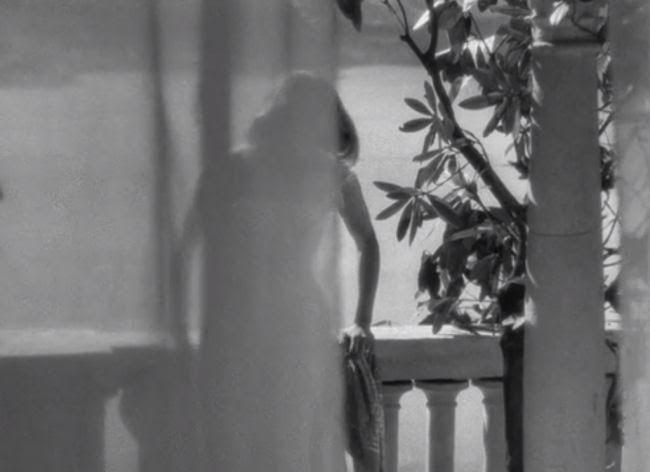 The Passionate Friends is available on The Criterion Channel.

Posted by Setsuled at 4:53 AM
Email ThisBlogThis!Share to TwitterShare to FacebookShare to Pinterest