Traffic Jam of the Doctor 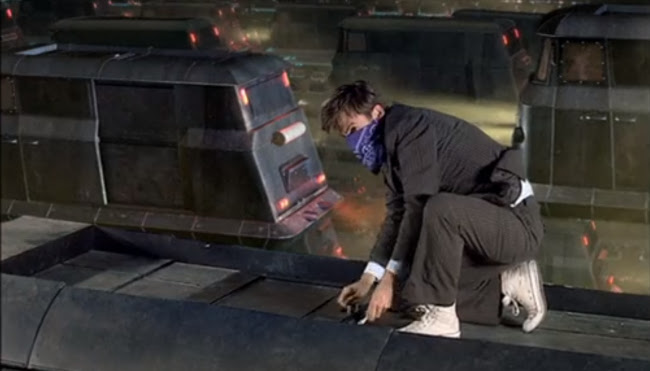 Good satire can be tough to pull off and a hybrid of satire and drama can be even harder. So I can't be too hard on Russell T. Davies for "Gridlock", a 2007 episode of Doctor Who. There are some really great ideas in the episode, including the basic premise of an entire society permanently stuck in bad traffic. But it never quite works with the level of verisimilitude required by Doctor Who; there are too many natural questions the Doctor and Martha don't ask, chief among them being, "Why don't you get out and walk?"

The third episode of the Tenth Doctor's (David Tennant) second season, he's still adjusting to life travelling with Martha (Freema Agyeman) and still getting over the loss of Rose, his previous companion. He brings Martha to New Earth, a location he'd visited with Rose in the previous season, something Martha points out makes her feel like the "rebound". Russell T. Davies' tendency not to avoid talking about the Doctor and his companion as lovers is still refreshing, both for how it differed from the classic series and how it differs from the past few seasons. I particularly like a line Martha has where she says she doesn't know if he wants her or if he just "needs someone with him." It's one of the many moments in the Davies era that seem to work as a comment on the whole of the classic series. 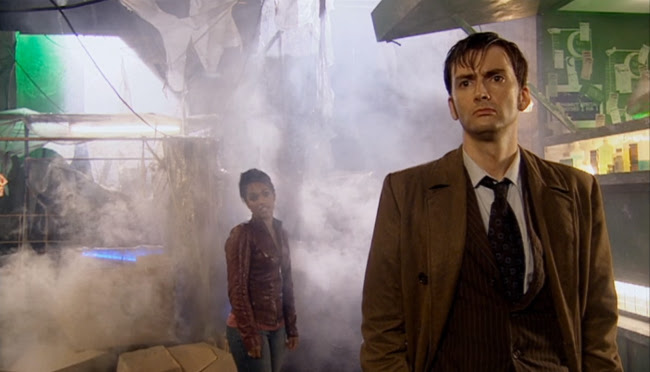 After materialising in an alley where mood altering drugs are being sold in patch form, Martha is quickly kidnapped at gunpoint by Lenora Crichlow, the ghost from the original Being Human, and her boyfriend (Travis Oliver). They need her to be the third passenger in their car allowing them to go to "the fast lane", what we'd call the "carpool lane" in the U.S. In the fast lane, it will take them a mere six years to travel ten miles to their destination. The Doctor, chasing after them, winds up in another car that's been travelling for years and neither he nor Martha ask, "Why don't you walk?" 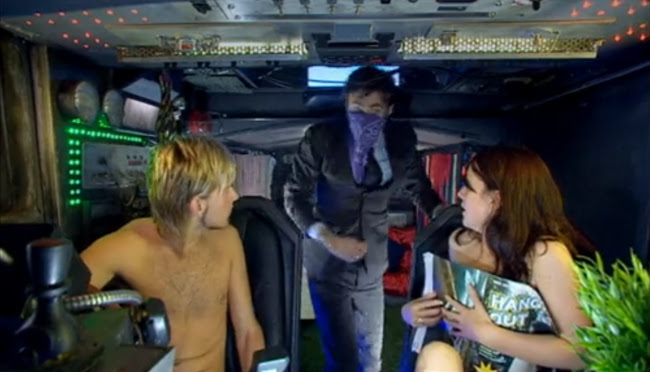 It is a funny idea. We see the occupants of a few other cars throughout the episode and I like the different personalities quickly established for all of them. I especially like the elderly couple, who've been stuck since "the beginning", 23 years ago. But where did they get all their furniture? Was it delivered? If so, how did the delivery people reach them so quickly?

Both the Doctor and Martha waste no time being judgemental about the recreational drug use on display, the implication being that the drugs have made people complacent. That doesn't quite take care of all the questions, though, like how people have managed to stay fed and clothed. Crichlow is wearing an "honesty" patch that forces her to tell the truth and Martha doesn't even think to ask why she's wearing it. Breezing past these things might work in a cartoon satire that's all about the punchline, but this is also a story with serious moments and moments that are meant to be touching, like when the drivers all join in singing a hymn. When Martha teared up at the sight, I thought, "Oh, that's how the audience is supposed to feel" but didn't, or at least I didn't. 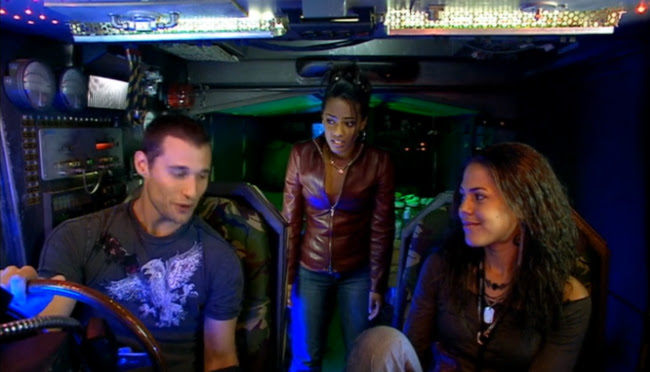 Satire can work on Doctor Who--good examples being The Pirate Planet or The Happiness Patrol. But it doesn't quite hold up in "Gridlock".

Delays have kept the habit floating up.
The secret shoe was clear as masks could be.
A pleasant wine avoids the bitter cup.
The loudest whale was big around the sea.
The lovely day presents a sky of grey.
A random corner shows the happy house.
Remaining shoes would dance along the way.
The ground was firm beneath the largest mouse.
In darkness bugs were singing songs of drink.
The paper wraps around computer chairs.
We gather dishes, thinking 'bout the sink.
On plastic disks we burn remaining cares.
The giant crab returned from missing reels.
A tiny pie completes the tiny meals.

Posted by Setsuled at 10:35 PM
Email ThisBlogThis!Share to TwitterShare to FacebookShare to Pinterest