The Right Wigs for Intergalactic Flight 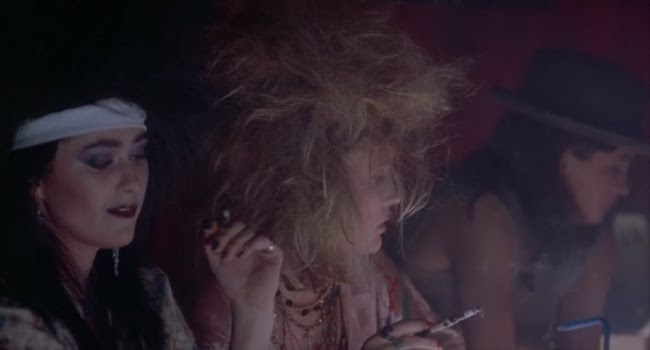 It's hard enough making it as a rock band--try making it as a rock band in space. The titular band of 1986's Vicious Lips have to contend with replacing a dead lead singer, the search for lucrative gigs, and crash landing on a desert planet. A film with ambitions far exceeding its budget, nonetheless it has a definite 1980s New Wave glam charm and surprisingly decent songs by Drock.

The opening titles are accompanied by a song about following your dreams no matter what and this imperative is referred back to a few times in the film in contrast to the obstacles encountered by a group of young women actually trying to attain their dreams. 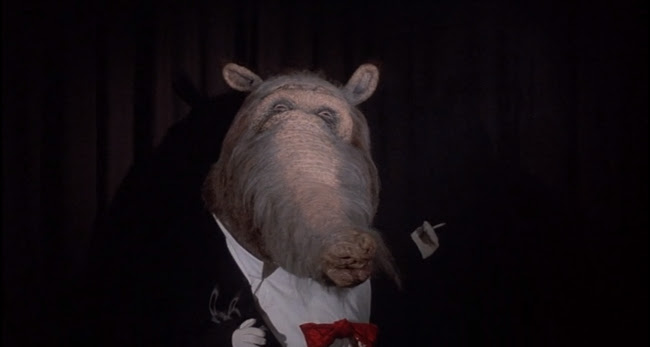 There's the crash landing, there's the ravenous alien monster, there's the bewitching desert sirens. But the biggest troubles are of the heart. After lead singer Ace Lucas (Angela O'Neill) leaves the band and is vaguely killed off screen (we kind of have to infer it) the band's manager, Matty (Anthony Kentz), starts scouting for new blood. 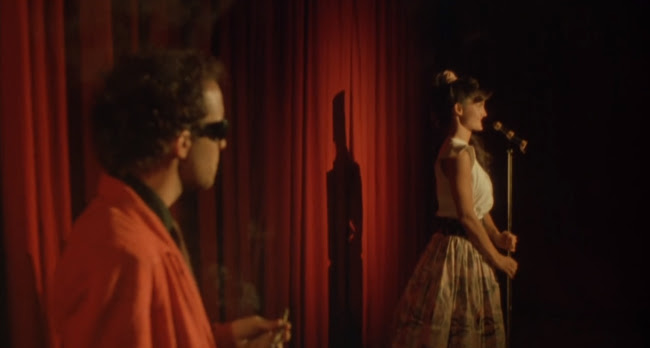 He finds Judy Jetson (Dru-Anne Perry), a clean cut teenager doing some kind of performance art where she lip syncs to a male singer's performance. It kind of reminded me of the Club Silencio scene from Mulholland Drive which makes me wonder if David Lynch had the movie on while he was sleeping one night. 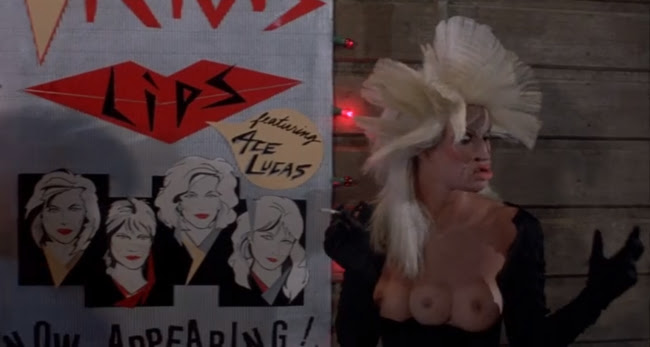 There's also a brief shot of a prostitute with three breasts a full four years before Total Recall. I wonder if this film is secretly very influential. 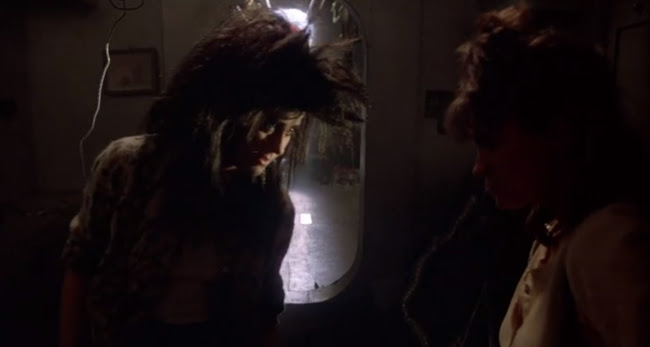 Although Judy proves to be a decent singer, the drummer, Mandaa (Shayne Farris), is wary of her and won't commit to welcoming her, especially after Matty decides to give her the stage name of "Ace Lucas" so he won't have to change the posters. 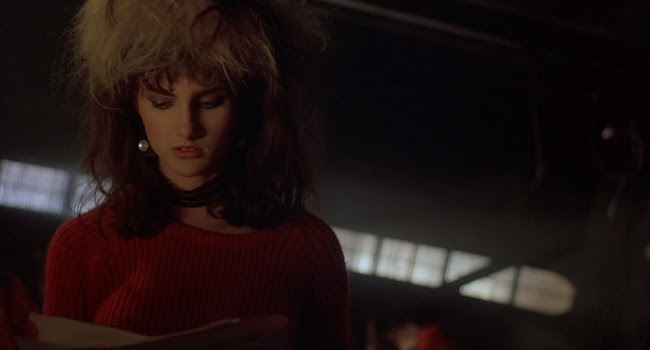 After he somehow manages to land them a big gig, they take ship to Maxine's Radioactive Dream but hit an asteroid along the way and the bulk of the movie is spent with the band hashing out their drama on the crashed vessel while Matty trudges through the desert. 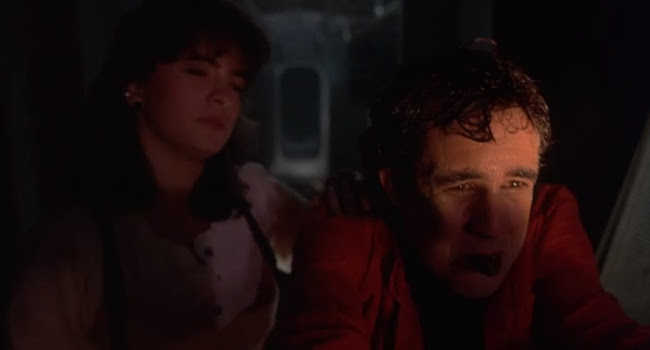 Matty is a bit annoying, a lame comedic type, the weaselly, unscrupulous manager. All the band members are pretty and their hair is appreciably extreme but only Shayne Farris as the drummer gives an interesting performance. She tries to play cool and make Judy insecure about her future with the band. Mandaa's still nursing the wound of Ace's death (despite barely acknowledging it when it occurs) and it turns into resentment for Judy. Farris conveys the emotional undertones of uncertainty and yearning pretty well. 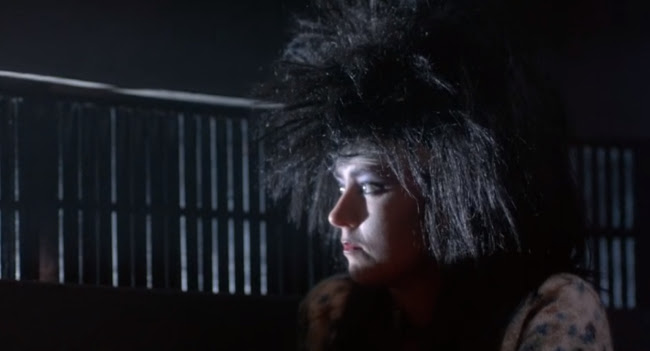 The film ends a bit abruptly as though the production ran out of time and/or money. A dream sequence, a montage of footage from earlier in the film, and a performance by the band unfold with little narrative logic. But the ride is still worth it if you like this kind of '80s cheese.

Posted by Setsuled at 4:01 AM
Email ThisBlogThis!Share to TwitterShare to FacebookShare to Pinterest