Computers on the Outside, Brains on the Inside 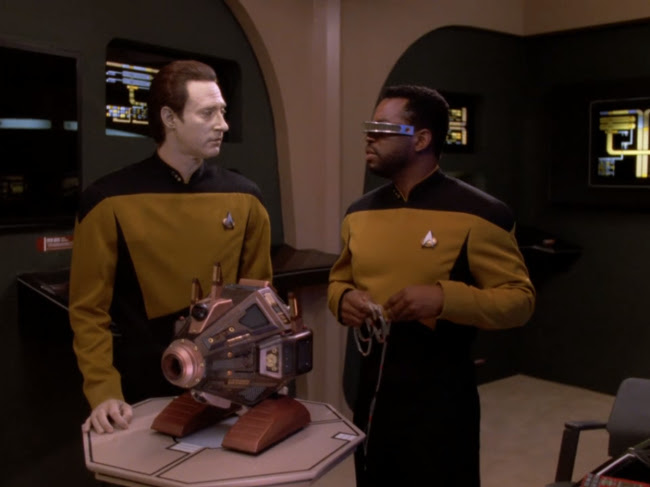 When new sentient life emerges, how do we recognise it and respond to it? A variety of complications will inevitably arise as we can see from "The Quality of Life", a sixth season episode of Star Trek: The Next Generation written by Naren Shankar. A tool created by an engineer developing a "particle fountain" starts to exhibit signs of intelligence, prompting Commander Data to step in as an advocate for their rights. It's a thoughtful episode that uses Star Trek technology in interesting ways. 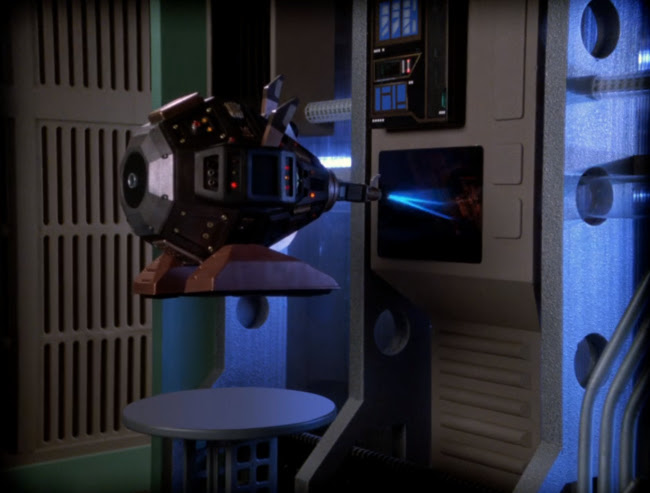 The Exocomps are cute little pods with feet--I don't know how intentional that cuteness was*--who are suited to handle a variety of repairs because of a replicator mounted on their front. A piece of technology that can create almost any form of inert matter from energy, the relicator, introduced in season one of TNG, is a device with an almost too abundant storytelling potential. In this case, Shankar had the nice idea of letting the Exocomp use replicators to make new circuit pathways to adapt itself for different situations, the fact that it starts to work like a brain manifesting as an unintended consequence. 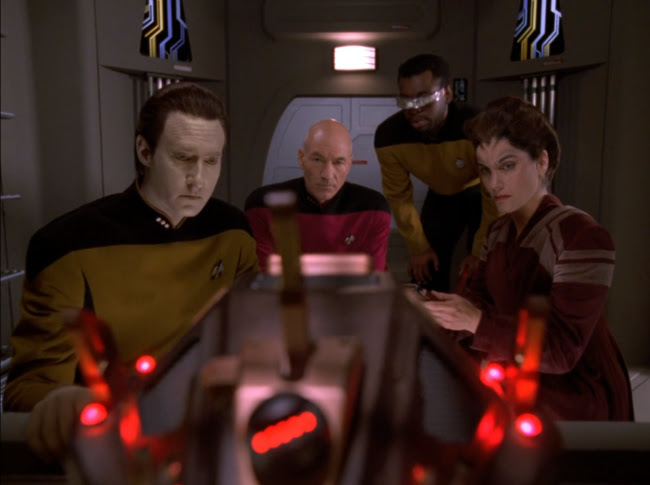 When it occurs to Data (Brent Spiner) that these things might be artificial lifeforms not unlike himself he demands that his fellow officers and the research engineer, Farallon (Ellen Bry), stop exploiting them for labour. The episode nicely sets up motives for the others to make this a hard thing to do. Farallon is fiercely ambitious and reluctant to allow this unexpected development to stand in her way. She has her own backstory of thwarted endeavours she shares with La Forge (Levar Burton). 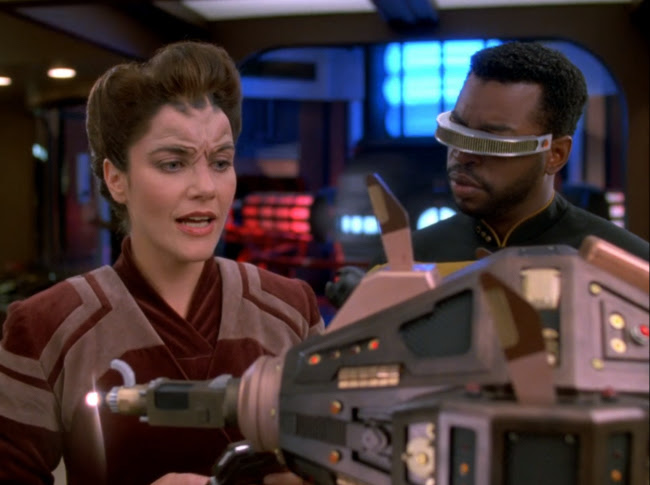 The actress gives a strikingly odd, slightly stilted performance. The bumps on her forehead mark her as one of the many TNG budget makeup aliens, maybe she decided to play up that alienness in her performance. 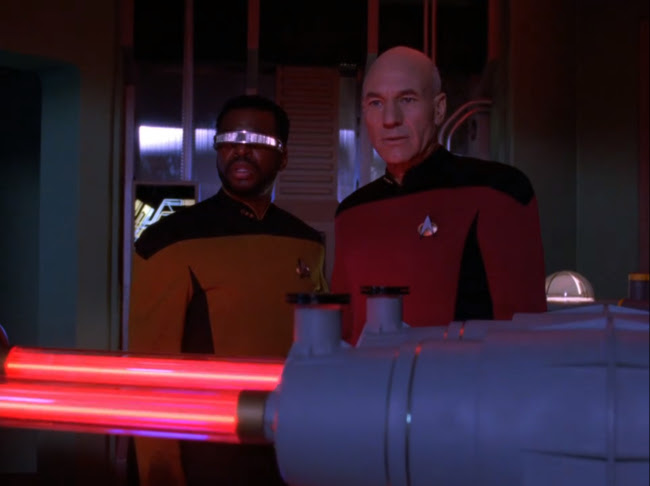 The stakes are raised when Picard (Patrick Stewart) and La Forge are trapped on the research station and it looks like only a suicide mission for the Exocomps can save them. The ethical problem in which the crew then find themselves is creatively handled. 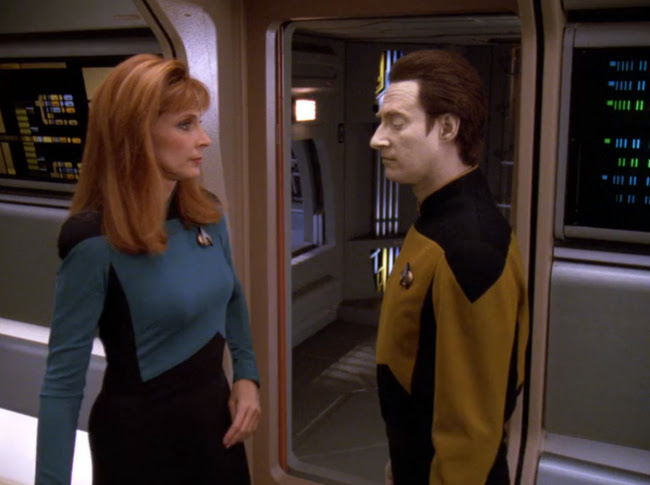 The central problem of the episode's drama is explicitly revealed in a conversation between Data and Dr. Crusher (Gates McFadden) in which he asks her to define life. It's difficult for her to do as definitions that involve adaptability and self replication could apply to other things--Data uses the example of fire. When the definition itself is hard to nail down, it becomes an even greater challenge to recognise the Exocomps as lifeforms when the interests of the currently recognised sentient beings conflict with their survival. But one of the nice, unique, things about Star Trek is that it portrays a futuristic human organisation with members educated and trained to handle matters with intelligence and sensitivity. It'd be shame if anyone lost sight of that . . .

*The wiki says they were based on something from Dirty Pair. It's been too long since I watched that delightful anime.

Posted by Setsuled at 4:10 AM
Email ThisBlogThis!Share to TwitterShare to FacebookShare to Pinterest