Sometimes a Metro is Just the Cork in Reality's Wine Bottle 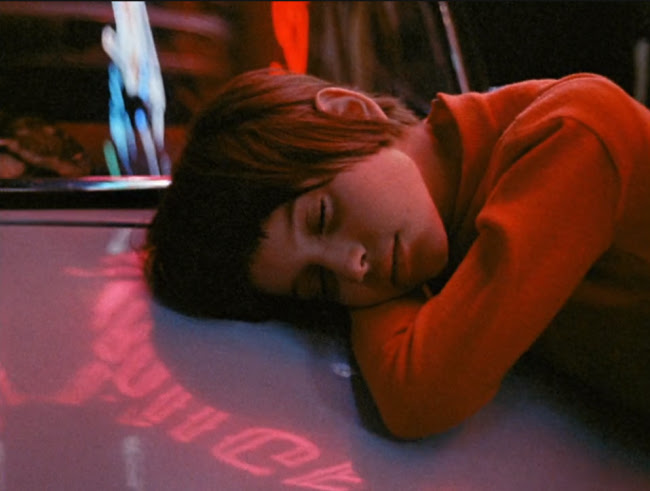 A little girl visits her uncle in Paris and all she wants to do is ride the Metro. Unfortunately, the Metro workers are on strike, a disappointment which seemingly causes a rupture in the fabric of reality in 1960's Zanzie dans le Metro, an absurdist comedy from director Louis Malle with a Looney Tunes stream of consciousness. If Luis Bunuel ever made a Marx Brothers movie, it might look something like this. 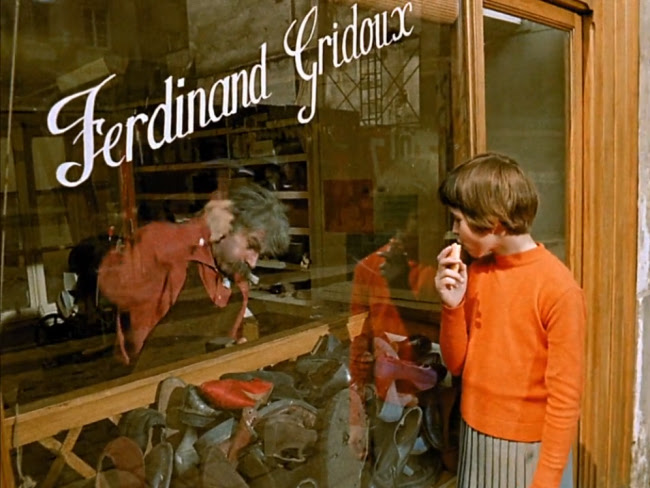 Characters randomly teleport. Little Zanzie (Catherine Demongeot) pounds down plates of mussels while telling an undercover cop (Vittorio Caprioli) about her father molesting her (though the audio is reversed). Her Uncle Gabriel (Philippe Noiret) opines grimly on the nature of existence before floating down from the Eiffel Tower with a balloon, followed by a group of attractive blonde women who can't stop caressing him since he spoke a few lines of gibberish. 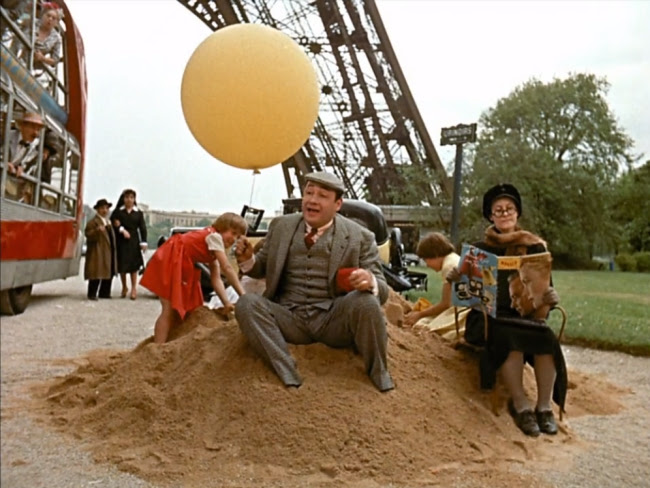 Meanwhile, Zanzie and the cab driver race down the stairs and bicker about whether or not her uncle is gay.

Two people at the shop get engaged and try to tell Gabriel but the phone explodes--it's swiftly replaced by another and conversation resumes normally. 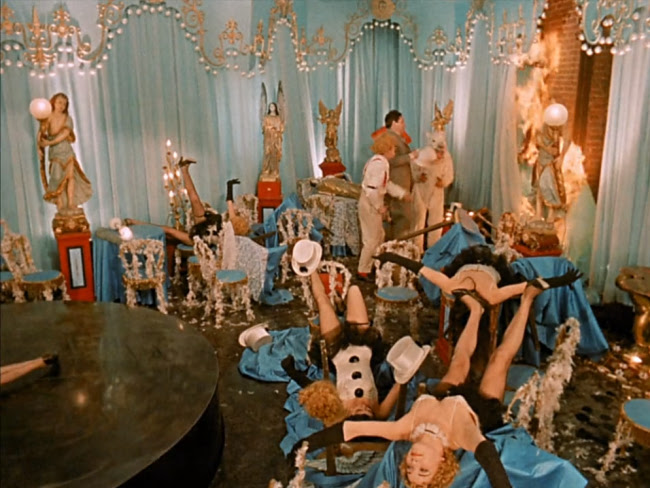 I think I laughed the hardest when Zanzie steals some jeans and the cop chases her--and she starts tossing the jeans over his head to a duplicate Zanzie who seemingly takes her identity along with the jeans. 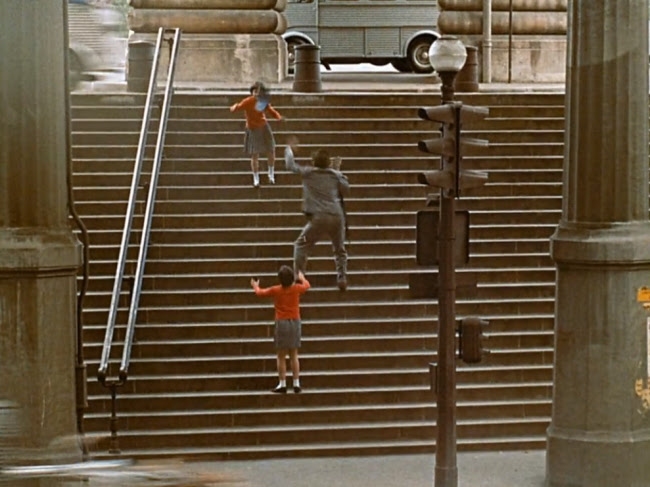 And, of course, there's lots of traffic with the Metro on strike. 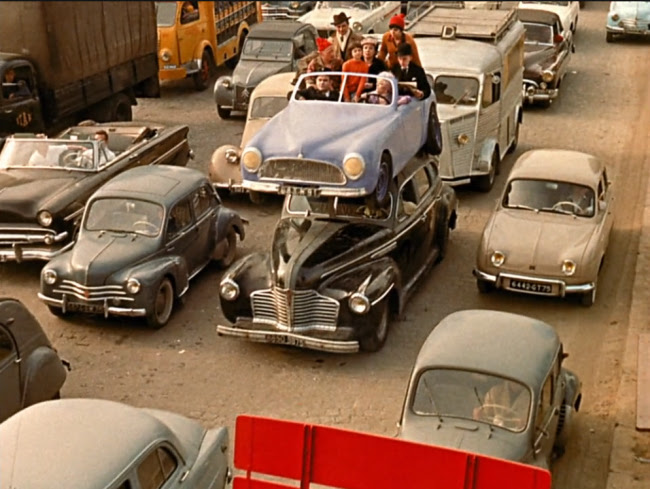 As crazy as it gets, the cinematography always stays top notch. If you like Million Dollar Legs, there's a good chance you'll dig this movie, too.

Zazie dans le Metro is available on The Criterion Channel.

Posted by Setsuled at 9:26 PM
Email ThisBlogThis!Share to TwitterShare to FacebookShare to Pinterest