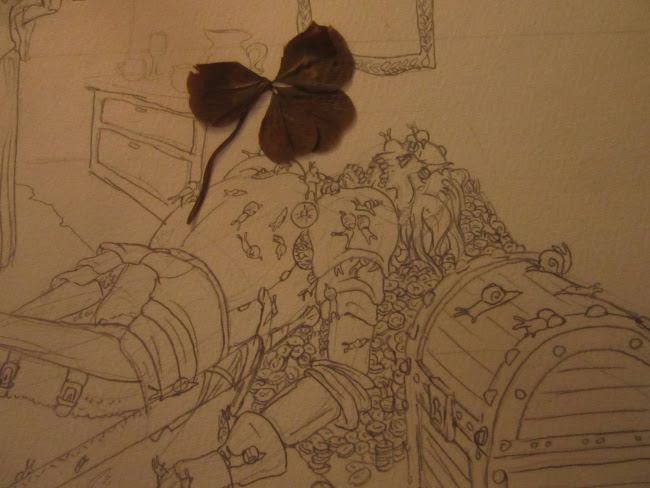 One of the students in the art club of the junior high where I work was looking through a big book about birds she brought from home when she found a four leaf clover she'd forgotten pressing between the pages. On impulse, she gave it to me. What a nice job I have. I put it in my sketchbook, here it is on my unfinished drawing of a dead knight with snails.

On Saturday I went to Osaka to look for shoes. I didn't find any but I did see this enormous Johnnie Walker statue: 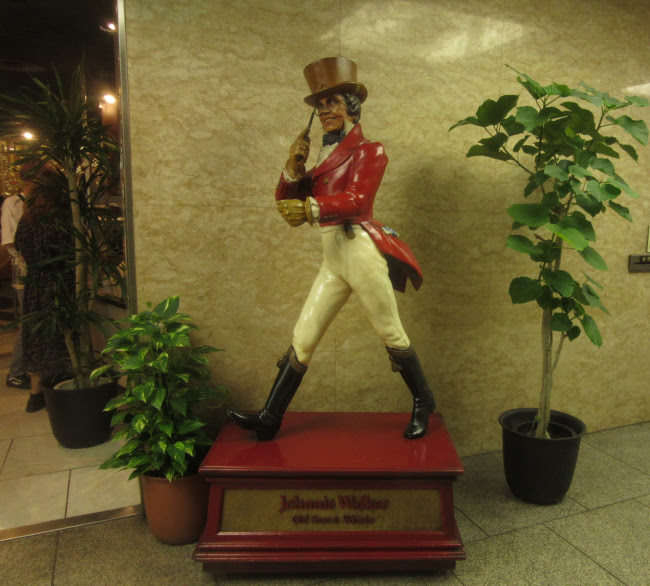 This was in a bar inside a building. I love how labrynthine the city is. I followed Google maps to the store I was looking for but then had no idea if it was on one of the five storeys above me or two floors underground.

I did a lot of walking and wandering. I should've taken more pictures. Here's a scary church I saw: 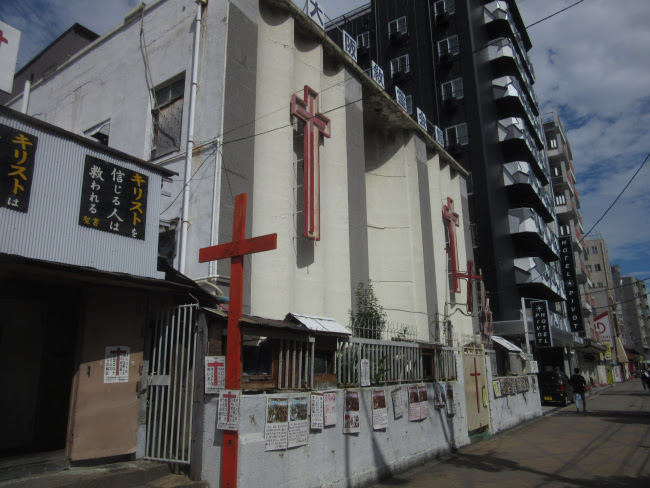 They had a whole comic taped on the wall outside: 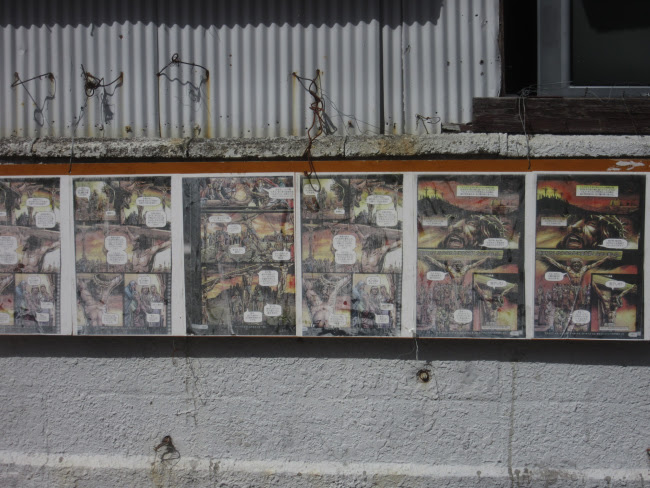 So, in case you're wondering, Christianity is no longer banned in Japan.

Surprising pages paste the scary wall.
The winding train creates the yarny house.
Inside the cube we had a lovely ball.
With Holland's shirt we clothe the silent mouse.
In extra time the grass completed growth.
Remembered routes were tangled past the now.
When choosing colours, pencils scribble both.
A gull was born beneath the dipping bow.
Important text revealed the words to hit.
The notes were left along the jagged bar.
We scooped the sugar news a little bit.
The other players crammed the funny car.
For something big the airless star demands.
With something small the sunless room expands.

Posted by Setsuled at 3:15 AM
Email ThisBlogThis!Share to TwitterShare to FacebookShare to Pinterest