For Fun and Jewellery 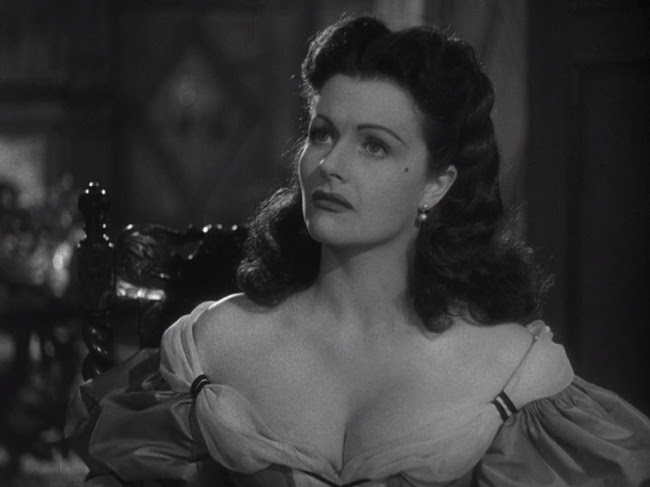 Some steal out of desperation, others steel for sheer mischievousness, as is the case for the title character of 1945's The Wicked Lady. The plot is the silliest of melodramas but watching Margaret Lockwood and James Mason doing dastardly deeds is delicious enough to compel me to forgive a great many flaws. I say Lockwood and Mason but this movie definitely belongs to Lockwood. We follow her in her double life as the scheming, selfish aristocrat with the dynamite decolletage and as the pistol toting masked rider, fleecing travellers entirely on her own sadistic whim. She's magnificent. 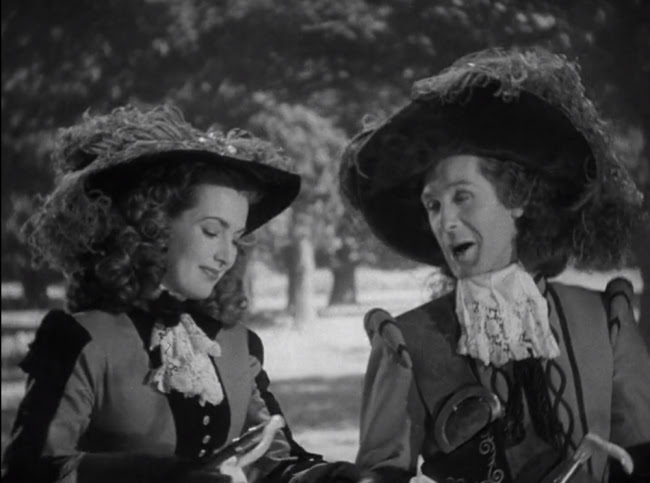 Sweet and virtuous Caroline (Patricia Roc) is all set to wed the wealthy country magistrate, Sir Ralph Skelton (Griffith Jones). She's truly in love but he's only fond of her. Still, this is good enough for marriage it seems, especially since she's already running his household. Everything's swell until Caroline innocently invites her dear old friend Barbara (Lockwood) to stay. After Caroline casually mentions Sir Ralph is the only eligible and wealthy bachelor left in the neighbourhood, Barbara rapidly works her charms until not only is Sir Ralph madly in love with her, Caroline has even been manipulated into being bridesmaid at what should have been her own wedding. 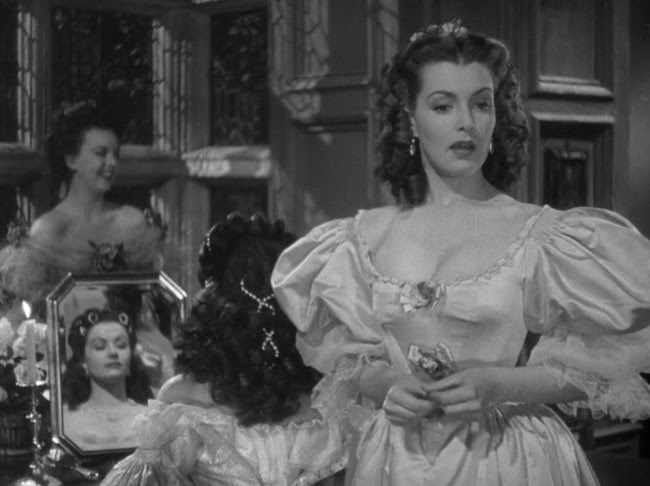 Settling into married life, Barbara finds her first obstacle when a visiting noblewoman, Lady Kinsclere (Enid Stamp Taylor), outfoxes her. She manages to manipulate Barbara's pride with combative cattiness until Barbara stakes her prize necklace in a card game at which she's a complete amateur. 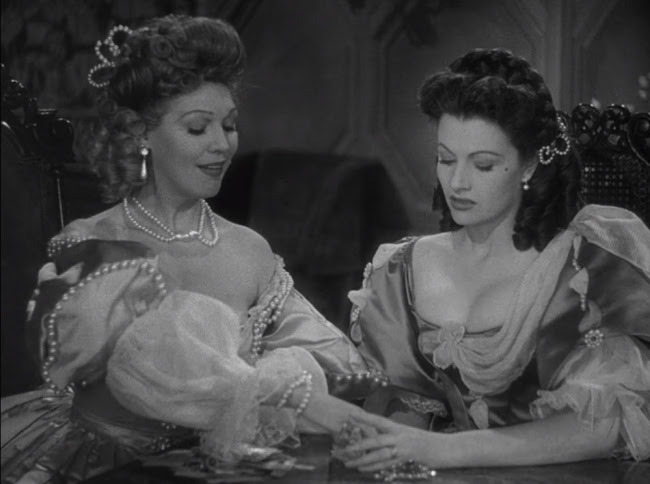 But Barbara proves more capable of thinking outside the box than her rival when she retrieves her necklace at gunpoint in the guise of a highway robber. 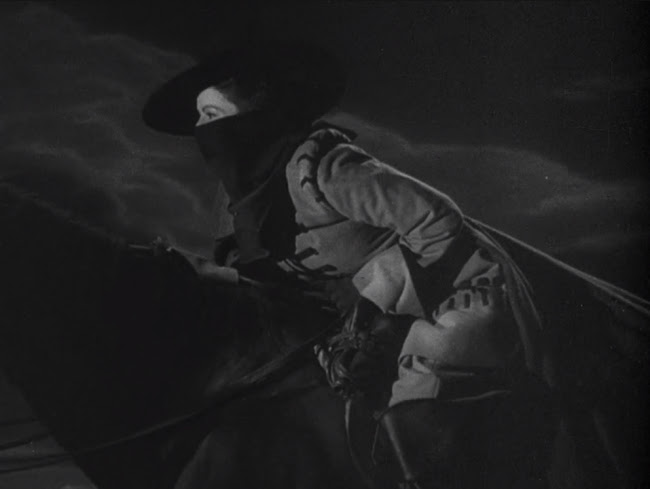 This is only the beginning of her career and she soon attracts the attention of the infamous Captain Jackson (Mason). 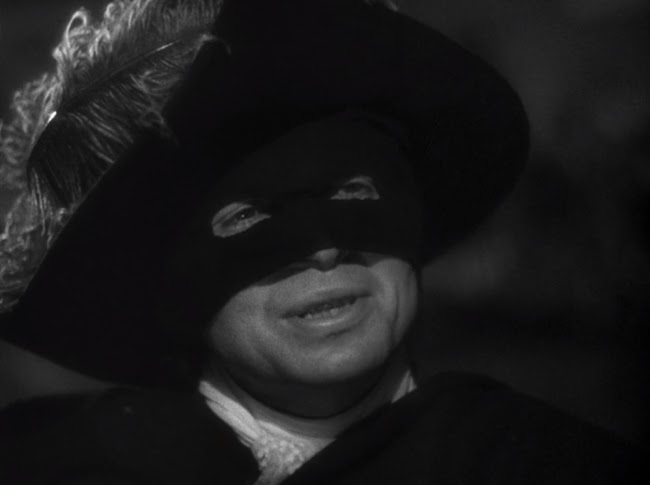 The two make a great couple, both charming and ruthless, plundering the roads in the evening before retiring at a local inn--still both wearing their masks--for rest and recreation. Remember when masks were kinky? 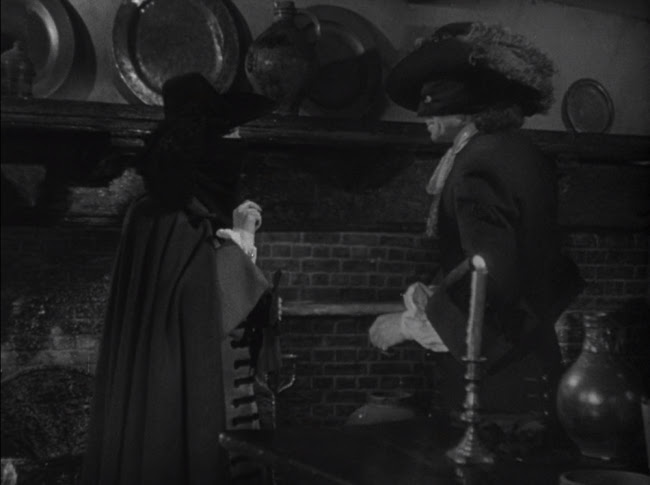 The plot from there proceeds into silliness. I guess Barbara has things worked out so well that the only way the writers could think of to get her in trouble was to have her inexplicably confess to Caroline that she only ever wanted to exploit Sir Ralph for his money. Still, she's absolutely captivating. I could watch this capital vixen all day.

The Wicked Lady is available on The Criterion Channel.

Posted by Setsuled at 3:23 AM
Email ThisBlogThis!Share to TwitterShare to FacebookShare to Pinterest