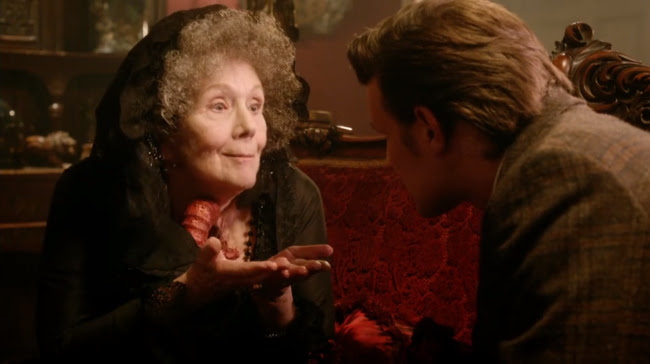 "The Crimson Horror" was the obvious Doctor Who episode to watch for to-day. Featuring Diana Rigg as the villainous Mrs. Gillyflower, I hadn't watched it in quite some time because it was written by Mark Gatiss. I hoped maybe one of his episodes would come off a lot better now and I'm happy to say it did. Most of the jokes still don't land and there's too much meta-winking but I like the premise of this Temperance Movement-ish Victorian prude with a deadly health spa. The relationship between Rigg's character and her daughter--played by Rigg's real life daughter, Rachael Stirling--is kind of deliciously twisted especially since Rigg spends the episode secretly nursing a prehistoric leech. 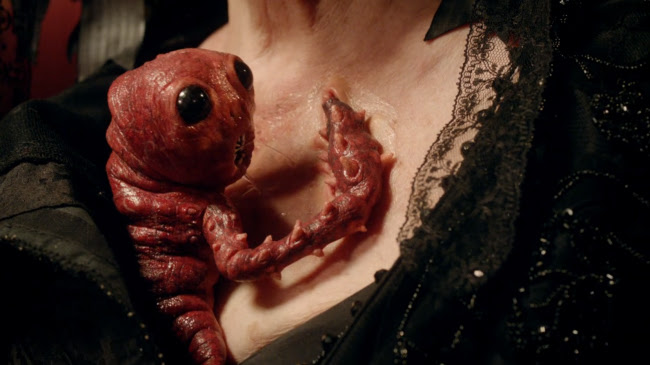 Few can claim such a rival for their mother's affections.

The episode also marks an appearance of the Paternoster Gang, the good idea for a spin-off that never happened, consisting of a team of Victorian investigators including a sword wielding Silurian, Madame Vastra (Neve McIntosh), her wife, Jenny Flint (Catrin Stewart), and a Sontaran named Strax (Dan Starkey). Gatiss had the misfortune of following the excellent Christmas special, "The Snowmen", the Paternosters' last appearance, in which Steven Moffat had written mostly good jokes for them. Now Strax bumbles on inanely about grenades and guns and it's pretty tedious. 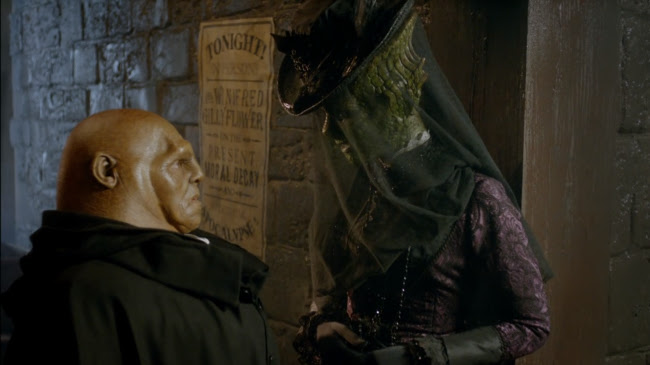 The first half of the episode features the three as protagonists, primarily Jenny, who infiltrates the spa. She's adorable and sharp, a very good lead. I see from Catrin Stewart's Wikipedia entry that she's turned in an acclaimed performance as Juliet in Romeo and Juliet. She's too old for the role but, then, I can picture her playing a kid. 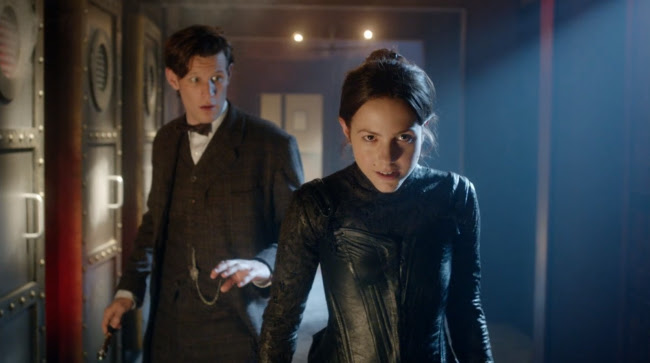 I hope the production's on film somewhere.

I'd forgotten the Doctor (Matt Smith) gives her an old fashioned V-Day kiss when she revives him. 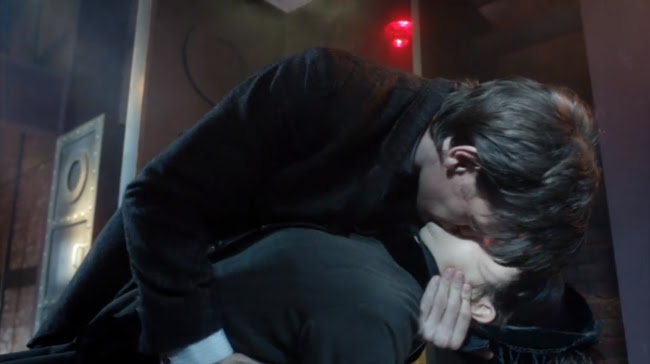 Even for a 2013 episode, I'm amazed they got away with it. I really suspect it's stuff like this that keeps Jack Harkness in quarantine until a brighter, more licentious day. 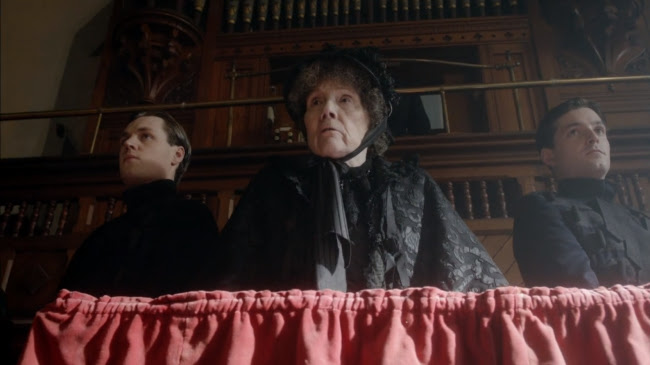 And, of course, Diana Rigg is terrific. You can see how much fun she's having in the role. The story about her daughter's infatuation with the temporarily disfigured and silenced Doctor is sweet for being suggestive of the psychological abuse the girl's endured. It all leads to Rigg getting the supremely wicked line at the end when the girl refuses to forgive her--"That's my girl." Of course, beneath the moral crusader exterior, at her heart Mrs. Gillyflower cherishes endless spite. "To wage by force or guile eternal war irreconcilable" as Satan put it in Paradise Lost. The red leech on her heart is a pretty good metaphor.

Posted by Setsuled at 10:48 PM
Email ThisBlogThis!Share to TwitterShare to FacebookShare to Pinterest