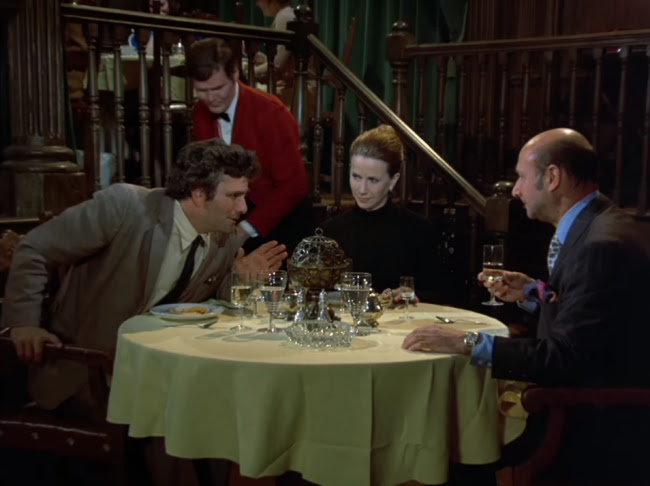 Looking at him, you wouldn't peg Columbo as a wine person. More like beer, maybe whiskey. But then there's "Any Old Port in a Storm", a 1973 episode of Columbo featuring Donald Pleasence in the role of a celebrity wine connoisseur who murders his brother. He turns out to be one of the series' most impressively demented and oddly sympathetic villains.

We meet Adrian (Pleasence) hosting a meeting in the offices of his family's California vineyard. He goes back alone to his private office briefly and finds his brother waiting there with news: he's decided to get married and sell the winery--all along, he's owned the place, despite it being Adrian's lifelong passion. 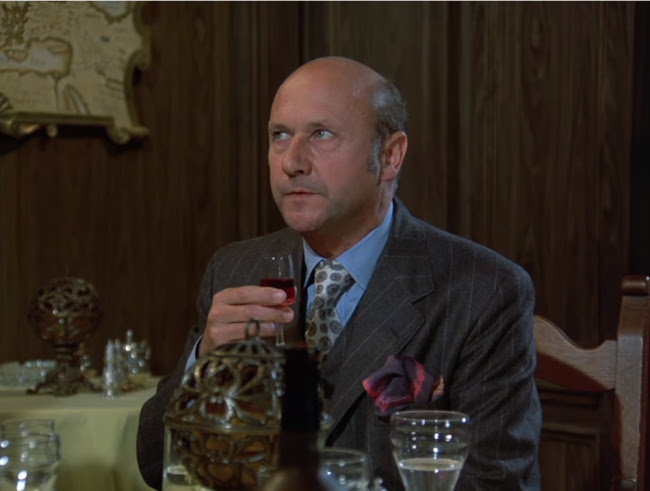 Of course, Adrian kills his brother. Pleasence clearly seems to have put a lot of thought into what his emotional state would be like in the moment and it's amazing watching the debonair gentleman devolve into sputters and shouts before knocking his brother over the head. Throughout the rest of the episode you can see him making an effort to keep a lid on his mania. He breaks out in small moments, like when he laughs hysterically after Columbo (Peter Falk) correctly guesses the kind of wine he's been served. 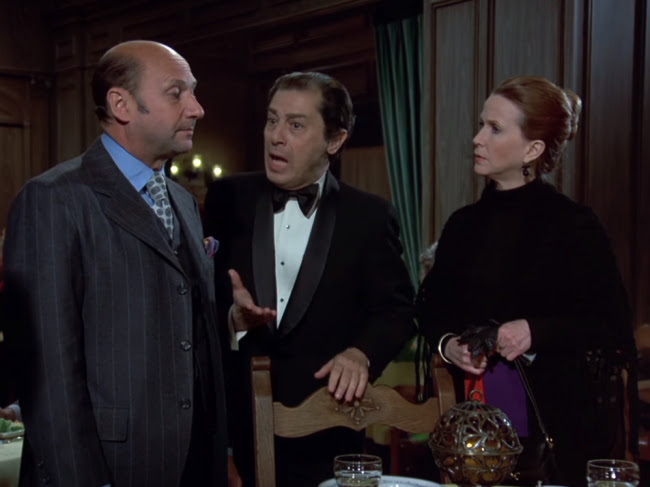 At first, Columbo knows nothing about wine but then he takes some rudimentary lessons from another local connoisseur. He learns he ropes well enough to devise a trap for Adrian, one dependent on the sensitivity of his palate. But Columbo's new appreciation for wine seems to make him more sympathetic to Adrian than most of the other murderers he catches, leading to an oddly sweet moment at the end.

With scratchy lines and shrinking dogs it came.
The future fell asleep across the floor.
A drunken draft the final film became.
An easy effort slips from throat to door.
The extra pencils fell from leaden skies.
Impressions drew the inky rain with paint.
The words could never find the proper eyes.
The mind could never make the heart a saint.
Preemptive tea awaits completed meals.
The reason shuffled changed the science cook.
The data showed a set of extra deals.
A group of caps would crowd the heavy book.
The scarlet bev'rage aged beside the cup.
The time was ever late arrived to sup.

Posted by Setsuled at 4:16 AM
Email ThisBlogThis!Share to TwitterShare to FacebookShare to Pinterest

Boutique Wine is leading in the wine industry, they strive to bring wonderful wines to fine wine retailers and restaurants around Australia. Check out Pro ratings and friendly experts to help you choose from the best selection of red wine, white wine, and more. Buy Online Organic Wines today!