Halloween's Already in the Trees 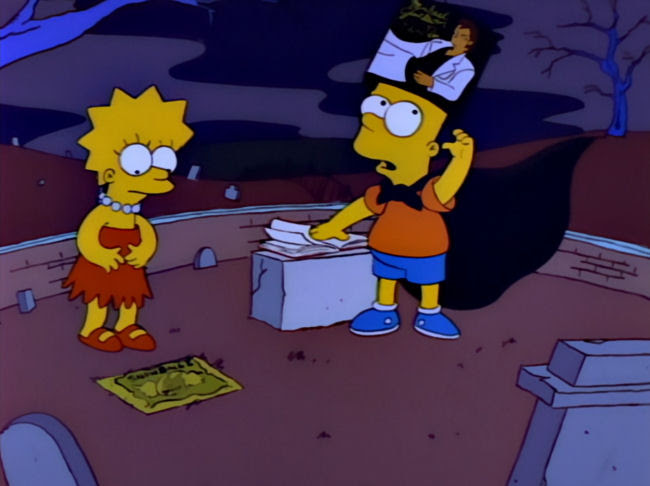 It's September now so I guess it's close enough to Halloween for me to start watching "Treehouse of Horror" episodes of The Simpsons. At any rate, it's where I'm at in my rewatch of season four.

The third Treehouse, still just called a Halloween special, features a zombie outbreak story, an evil doll story, and a weird homage to King Kong with Homer in the title role. 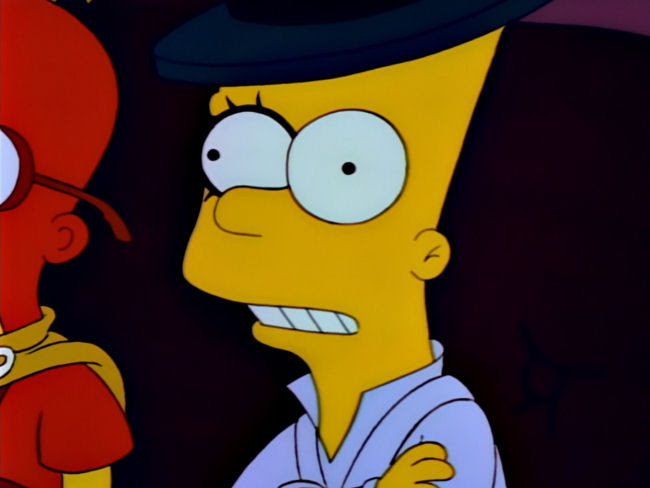 There's also a framing story about the family and their friends and neighbours convening on Halloween. The best part of this is the understated visual joke of Bart dressed as Alex from A Clockwork Orange. The implications of the costume are best left unsaid. 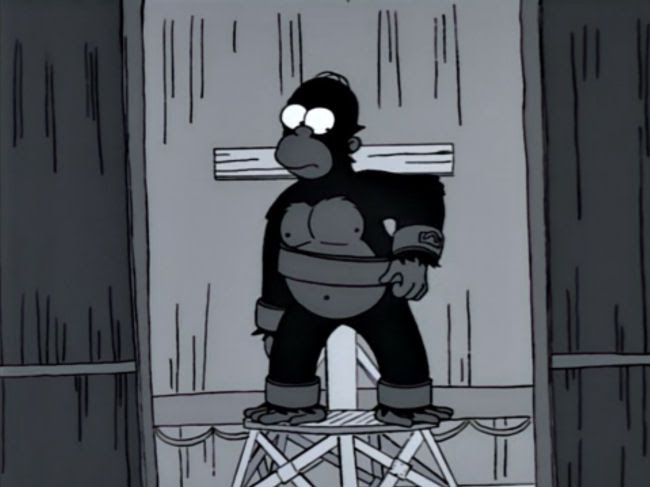 Homer is an oddly natural fit in the role of King Kong. My favourite part is when he's unable to scale the building at the end. The visual gag is executed with perfect timing--it's not until he falls over from exhaustion that we see he's only made it a few feet up the building. 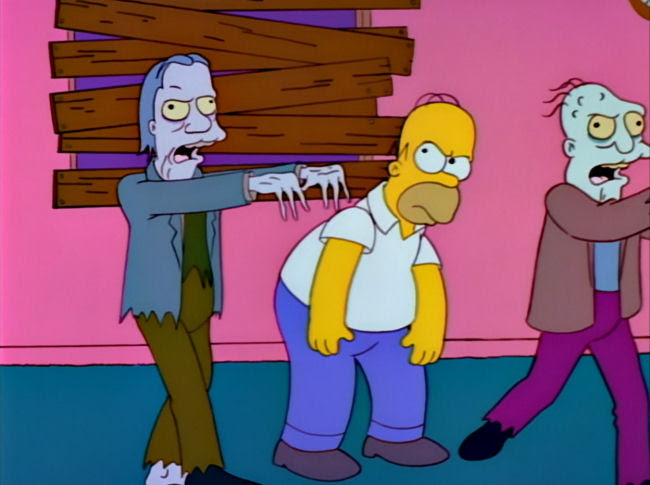 The zombie story is funny and notable for coming long before the zombie boom of the late '00s and early teens. Maybe this is why most of the jokes are derived from the zombie taste for brains. Poor Homer is the butt of another joke when the zombies lose interest after discovering his skull sounds hollow. I love how offended he looks. 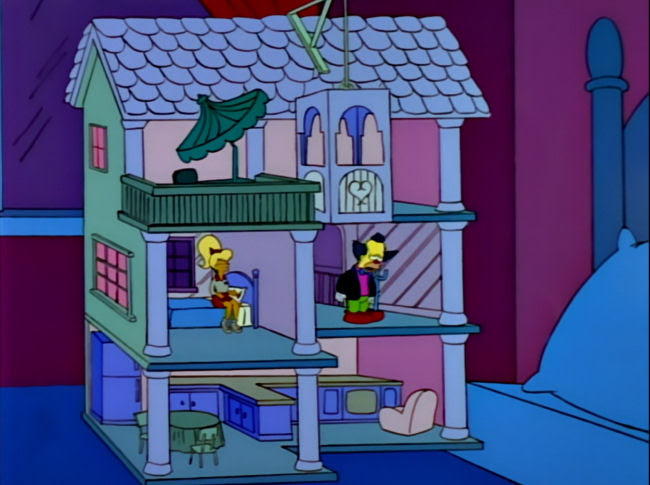 Finally (or firstly), a monkey's paw story setting leads to Homer buying an evil Krusty the Clown doll. I love how it takes the doll a few tries before Homer understands he's meant to be frightened. But the best part is when the doll turns good and pretends Lisa's Barbie is his wife. His commitment to the illusion of the doll house hits just the right convergence of terribly sad and casually weird to be very funny.

A second turned the guest to number one.
A third became a minute past the day.
A fourth would venture out in glades to run.
A fifth would tally bands who never play.
A sixth would sic for cups a mouth to sip.
A seventh cut a vent behind the coat.
An eighth reflects on quickly eaten dip.
A ninth remands the crew to sink the boat.
A tenth was present watching past the stress.
Eleventh place awards the elves with mint.
A twelfth rewards an elf with sightly less.
Thirteenth would thirst for whiskey soaked in lint.
Fourteenth's for teams in steaming oil pots.
Fifteenth's an "if" beyond the draw of lots.

Posted by Setsuled at 3:13 AM
Email ThisBlogThis!Share to TwitterShare to FacebookShare to Pinterest