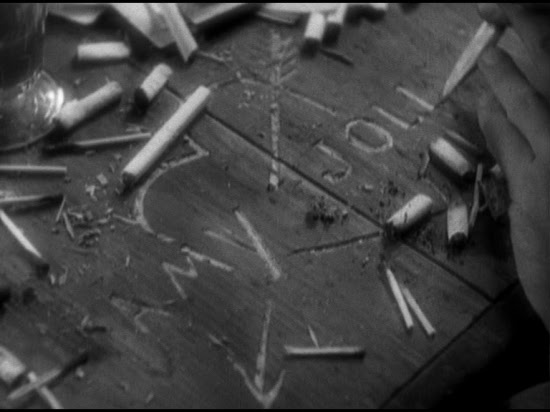 I hadn't seen Morocco all the way through in six years, judging from this old, annoyingly mannered blog entry of mine. Boy, do I sound full of myself in it;

But, of course, there's a lot more to Some Like it Hot than George Raft. But what could I tell ya? Marilyn Monroe's hot and I like it? You know that. You're on that page, too, odds are.

Ugh, shut up, douchebag. I hope I'm not going to feel so annoyed by to-day's blog entry six years from now. I'd like to think I'm not coming off so contrived anymore. It's funny how a lot of becoming a better writer is just in sounding like you're not trying so hard anymore.

Anyway, I wanted to talk about Morocco, a movie I enjoyed much more last night than I did in 2004, and I loved it in 2004. Mainly because I liked Gary Cooper a lot more this time. I used to not get Gary Cooper--I thought he was kind of stiff, his performance not very convincing. He does have a few, too broad silent movie mannerisms, but now his performance speaks volumes to me.

He's stiff, he's awkward--the way he pretends to lean on the fan, the way he tosses it onto the piano and misses the first time, the way he almost hits his head on the door frame. Above all his smile--it's bitter, and you can see he's mockingly smiling at his own foolishness more than anything else. It's this that tells us why he says he wishes he met Amy ten years ago. His experiences with women in that time have only caused him to hate his own impulses to love. He's awkward because every moment with Amy is telling him she's different while another part of him is saying, "I've felt this way before and I was wrong before." 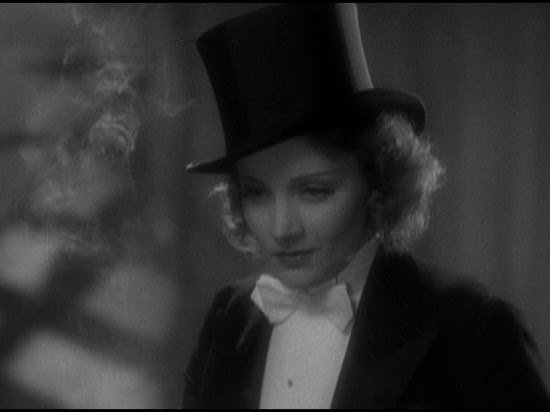 Amy is different and in a way that makes this a great feminist movie--because it's Amy's self-possession and independence that make her different. She's not like Caesar's wife, heedlessly following her pleasure impulses expecting the men to take all the responsibility, or the mercenary girls who hang around the soldiers, both literal prostitutes and those who engage in a more implicit trade of sex for material goods. Amy has the strength and self-discipline to be true to someone, running contrary to society's idea that women should be like children and men their masters. 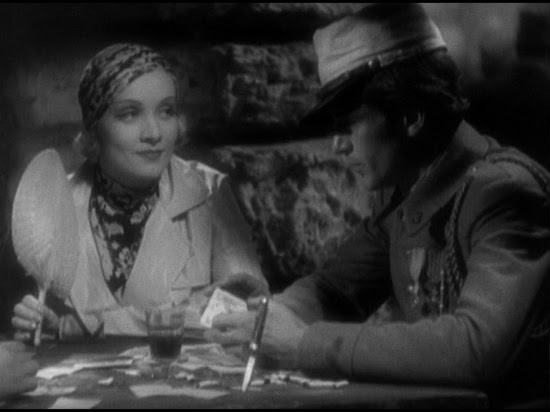 Few actresses at the time could've carried this off as brilliantly as Marlene Dietrich. This was long before her infamously skeletal years, and it's refreshing to hear her claim to weigh more than 120 pounds. 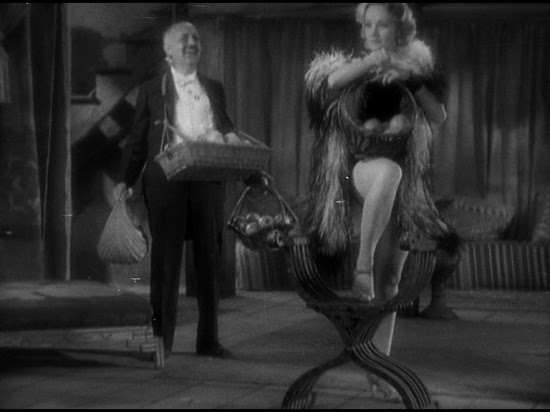