I'd been wanting to get a picture of this frog forever. The nearby river is a whole orchestra pit of frogs but this one decided to take up residence in the backyard all by himself. His song is so loud that it can be heard anywhere in the house but when I finally found him in the fountain after fifteen minutes searching I saw he was only about the size of my thumb. 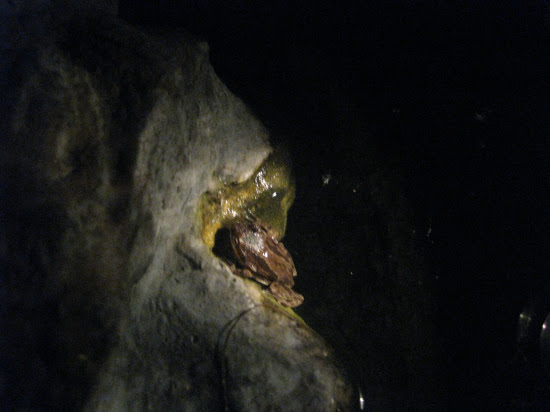 This picture I took from a distance but he didn't seem to mind when I put my camera and flashlight right up beside him. He just stepped back a little into the water and rolled his eyes. 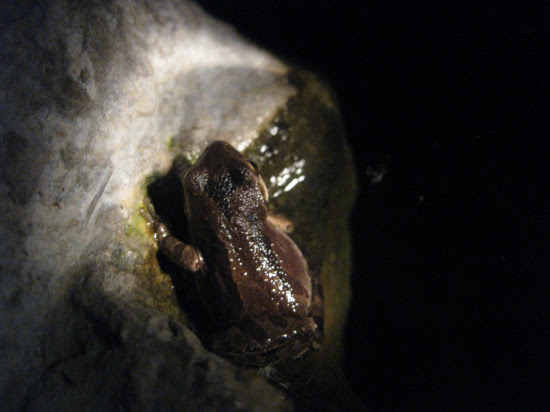 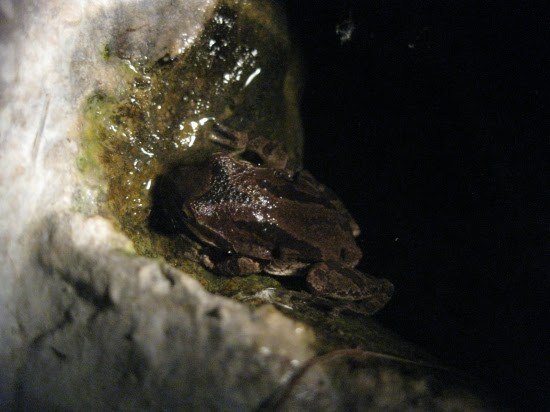 While I was searching for him, I took pictures of the many snails roaming the night. 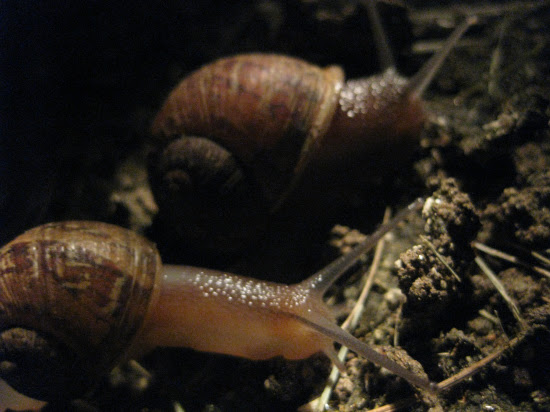 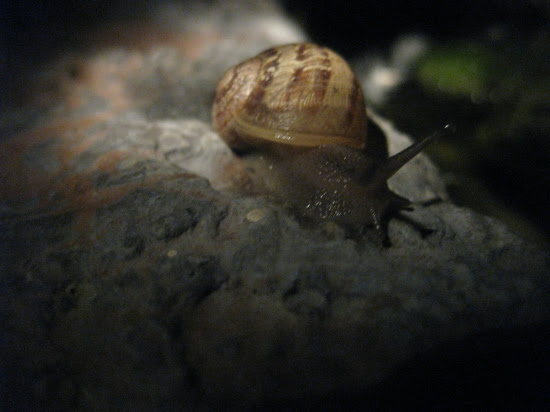 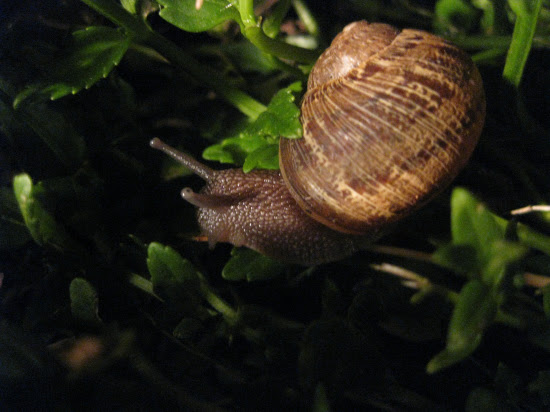 And here's the first of the big orange spiders of the year, though at this point he's very tiny. 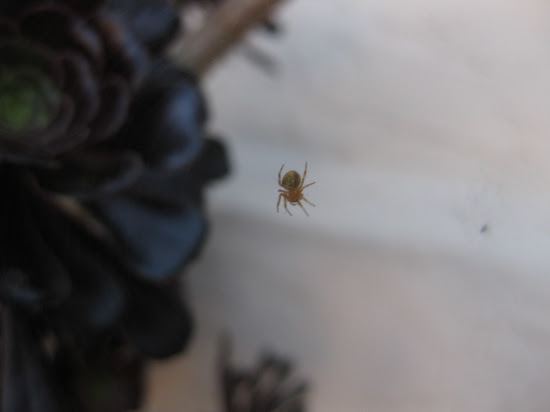 In the world of virtual sliminess, I got some pictures at Farstar in Second Life a few days ago; 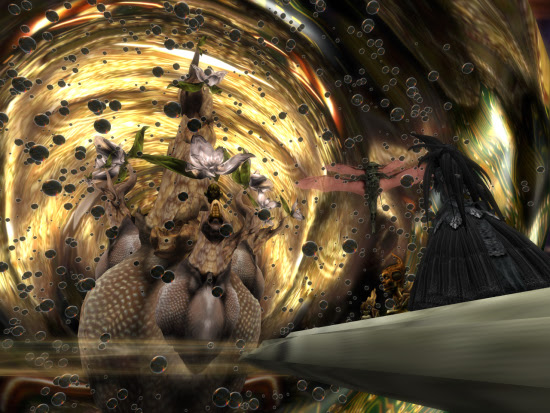 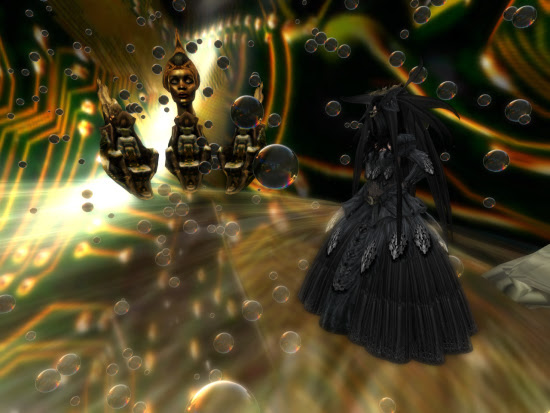 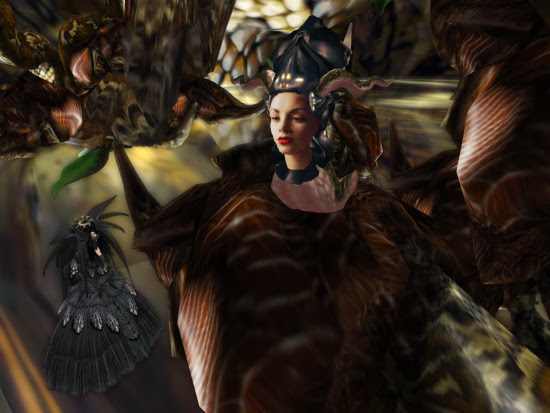 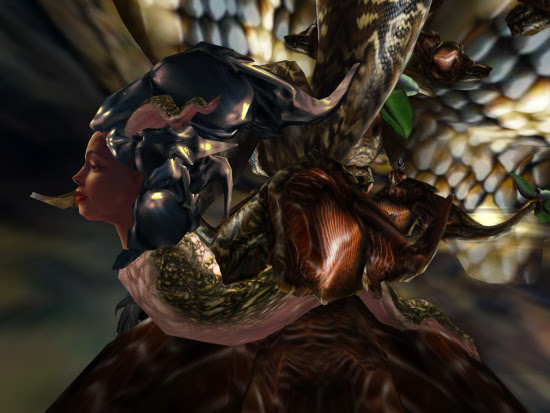 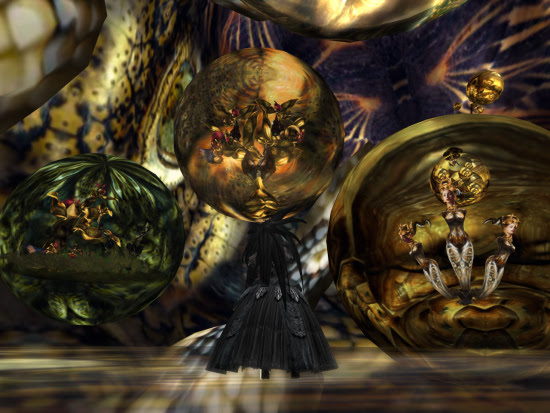 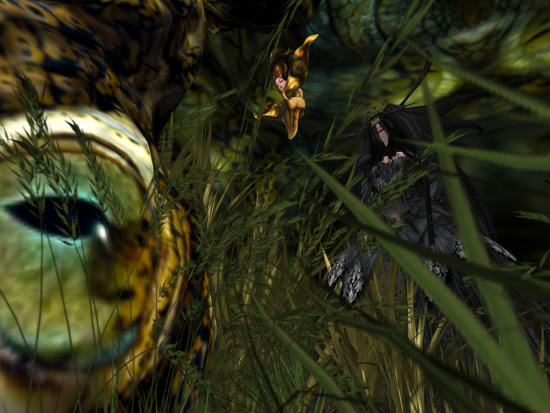 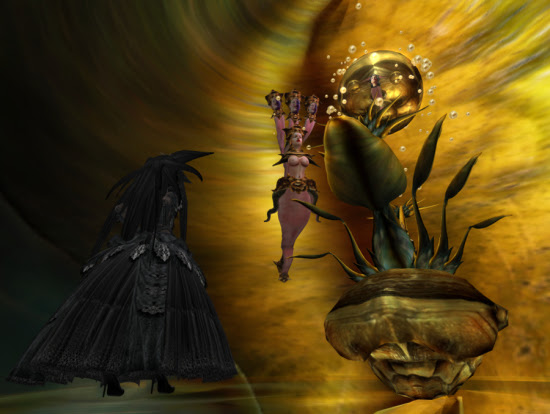 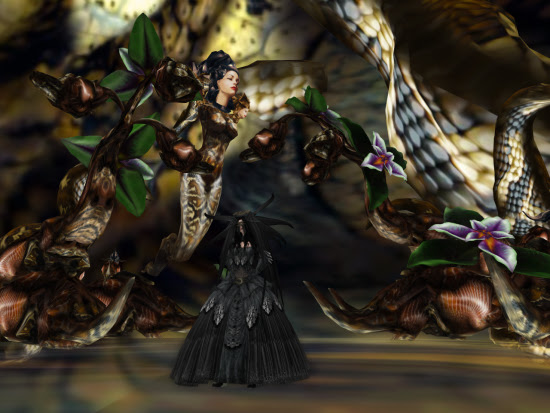 And in the world of literary sliminess, I read the new story in the Sirenia Digest, "THE CARNIVAL IS DEAD AND GONE", to-day. A nice, Cronenbergian voyage into a future carnival of pornographic genetic and biomechanical freaks, told in first person by one of Caitlin's grouchy protagonists, who complains the whole way apparently out of insecurity. Which is fine, though sometimes I wonder what it would be like to see one of these stories from the point of view of someone really easy going and maybe even giddy. "Oh, yesterday was so much fun! Everyone was at the carnival and I saw this great mermaid and a guy with a vagina on his forehead and, jinkies, they don't have anything like this back home in Missoula!"
Posted by Setsuled at 4:07 PM
Email ThisBlogThis!Share to TwitterShare to FacebookShare to Pinterest