I watched a ridiculous amount of Doctor Who yesterday. I watched the last two parts of "Terror of the Vervoids", and then I started thinking of the fact that just two episodes stood between me and being done with Colin Baker forever. And when I finished "The Ultimate Foe", I couldn't resist watching the first Sylvester McCoy episode. It was like the first real episode of Doctor Who I'd seen since "The Caves of Androzani".

Superficially, McCoy seems like a cross between Dudley Moore and Scrooge McDuck. The latter because, like Jamie, he's not just Scottish, he's sort of cartoonishly Scottish. He wears two different kinds of plaid; 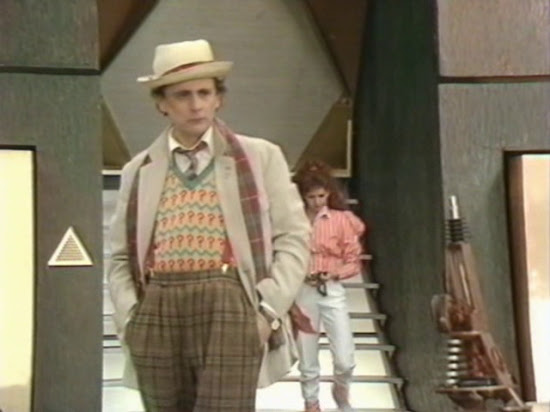 I can't tell if he's barely covering up a Scottish accent or if he's intentionally trying to sound slightly Scottish. Wikipedia identifies him as a Scottish actor who grew up in Dublin with an Irish mother and an English father. Maybe he has an amalgam accent like Claudia Black.

His outfit is infinitely better than the sixth Doctor's. The Doctor doesn't look like he should be on a low budget public access preschool show anymore. And oh, how I love his shoes. 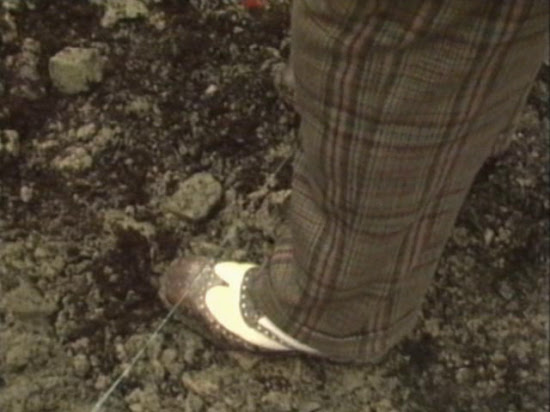 In fact, I love his costume as a whole. The only complaint I have is for the question marks on his vest.

But the comparison to Dudley Moore and Scrooge McDuck stops at the surface level. Unlike Colin Baker, McCoy is an actor capable of conveying the internal personality of his character, something all the actors previous to Colin Baker had, a capacity to behave unpredictably yet totally naturally. This is why it's genuinely funny when the Doctor and the Rani in McCoy's first episode go through the silly business of amnesia and mistaken identity. Colin Baker's Doctor, who was supposed to be a sort of clown, only made me laugh out loud once, in "Terror of the Vervoids". There'd been a running gag about the Doctor gaining weight and when he sees a trash bin being taken out of a gymnasium he says, "Wish I could get rid of my waste so easily." Or "waist".

It's amazing the show survived Colin Baker's era, not just because of him, but also because there was apparently a lot of fighting amongst the production staff. The death of Robert Holmes before he finished writing the final episode of the season also seems to have thrown quite a wrench in things.

The sixth Doctor's final season was linked together in a season long story called "Trial of a Time Lord"--the season's first three serials presented as evidence in a court trial where the Doctor is defending himself against accusations of meddling in alien affairs before a council of his fellow Time Lords. There's a sort of breathtaking layering of senselessness and silliness in the story.

Of course, there's an air of cheap phoniness when characters in a show or movie watch footage that's clearly been composed and edited as though it's candid footage. This old, silly conceit is combined with another old, silly conceit of the courtroom drama where people constantly pop up shouting "Objection!" to say something like, "He's totally wrong! He's lying! He's just trying to kill me!" etc. so the judge can explain continually how the participants need to abide by court procedure.

And, where brain cells are dying on Doctor Who, the Master is usually there, as indeed he was this time with his usual flimsy motivation, in this case to prevent an apparently evil version of the Doctor from killing his past self. Which of course begs the unaddressed question of how he could kill himself in the past while still trying to kill himself in the past. Though I guess that's the sort of paradox one needs to overlook often on Doctor Who. But it can be addressed effectively.
Posted by Setsuled at 5:49 PM
Email ThisBlogThis!Share to TwitterShare to FacebookShare to Pinterest