I Won't Entertain Enemies of the Mollusc

Still feeling the effects of last night's margarita. Part of me felt like I shouldn't drink at all, since I was getting out of school so late, but by the time I left class I was long past the point of fuck it. I'd been holding it in front of me like a carrot. I had two tests yesterday, both of which I did well on. I also got my paper back in anthropology--the, like the TARDIS, dimensionally transcendental paper, the paper that had to be five paragraphs, double spaced, 14 point font, detailing our reaction to an article, essay, or book (in my case Inside the Victorian Home), using anthropological terms to discuss it, all preferably on no more than one page.

As he was handing the papers back, the teacher explained how he was very liberal with the grading and it was uncommon for him to give anything less than a 100. He also, meanwhile, chatted with a kid about how much he loved The Bourne Identity, how he liked that it wasn't mindless action like the Lord of the Rings movies. He mentioned he liked the original version of The Fly better than the one with Jeff Goldblum and Geena Davis. Then I got my paper back, saw I got a 95 with the barely legible comment, "Would have benefited from referring to modern US families."

I suppose I could've argued with him, but it's impossible for me not to get an A in the class now, so I guess there's not much point. I have a mild suspicion the grade had something to do with the dislike he's expressed for the English a few times. I don't think I mentioned the day I had to explain to him who Oliver Cromwell was. Last night he told us bronze was an alloy consisting of copper and brass.

1. No salt.
2. Slice a lemon in half and squeeze a half's juice into a cup.
3. Add about three times as much Triple Sec.
4. Fill the glass the rest of the way with Jose Cuervo Silver tequila (just a bit more tequila than Triple Sec).
5. Dump the contents into your cocktail shaker with crushed ice. Almost typed "crushed eyes".
6. Mix, pour, refrain from adding salt and enjoy.

The bits of lemon pulp gives it a nicer texture than you'll get with margarita mix. To be sure, it was much sweeter than any margarita I'd had before. And much better, in my opinion.

I also finished watching the Doctor Who serial "Warriors of the Deep", a serial disappointing in so many ways. On a sea base, in an effort to evade human pursuers he'd minutes ago been trying to make peaceful contact with, the famously pacifist Doctor decides to set off a catastrophe with the base's reactor as a diversionary tactic. When he and his companions are captured, they're quite incredulous when the people in charge don't believe their intentions are peaceful.

The episode featured the return of third Doctor foes the Silurians and the Sea Devils, though it strips the Silurians of the complexity that made "Doctor Who and the Silurians" an interestingly morally murky episode, lazily reducing them to just another pile of two dimensional villains.

The worst to me, though, was the tragic misuse of guest star Ingrid Pitt. Last time she appeared on the show, in "The Time Monster", she got to be queen of Atlantis. In "Warriors of the Deep" she plays second fiddle to a subplot villain medical doctor and dies in the third episode without even having a scene with the Doctor. And despite having apparently aged pretty well fourteen years after The Vampire Lovers, she's saddled with ugly hair, silver jumpsuit, ill-fitting surcoat, and hideous 80s bruise rouge. 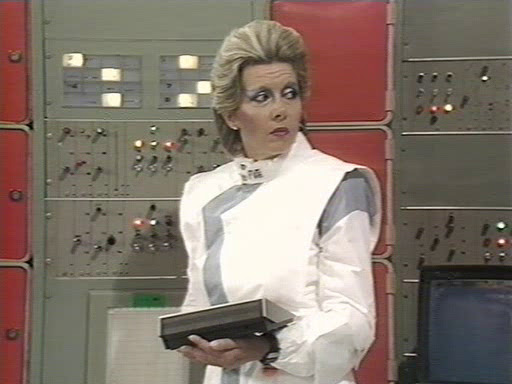 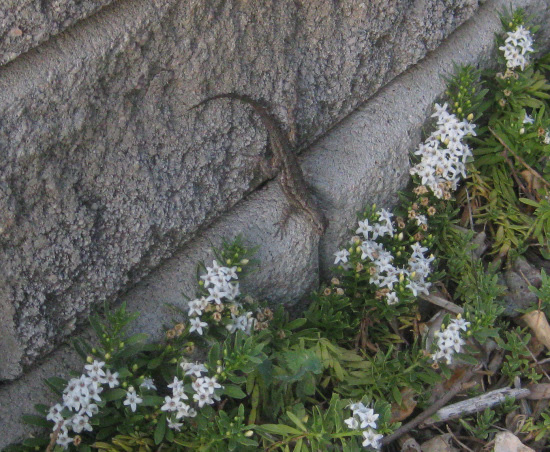