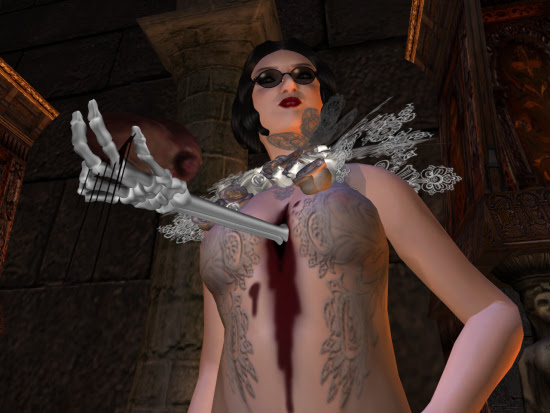 Happy Cinco de Mayo. I keep thinking about the bottle of tequila I bought the night I saw Machete and still haven't finished. I learned last night Danny Trejo plays a companion character in Fallout New Vegas. I haven't found the character yet, though I have gotten the companion voiced by Felicia Day. She's cute--I wonder if she'd mind if I dated her avatar. Does anyone know if she has a stance on the matter?

But I won't have time for tequila until after 10pm because of school--I have two tests to-day, which also means I don't have much time for this blog entry. Though I don't expect these tests to be particularly hard.

So I'll just post a couple screenshots of my SL avatar wearing clothes by my new favourite designer, Vitabela; 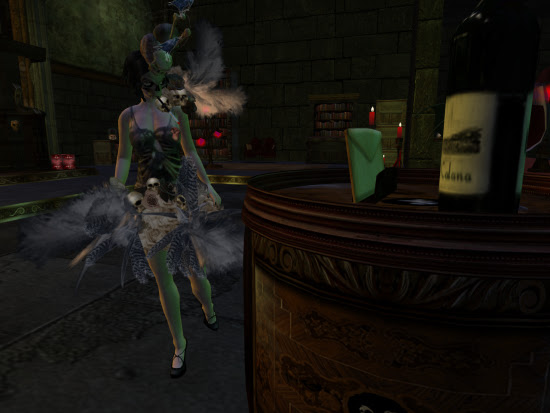 The mask is by Siyu Suen, but the skulls and birds hat came with the dress. I was happy with how well mask and hat worked together. 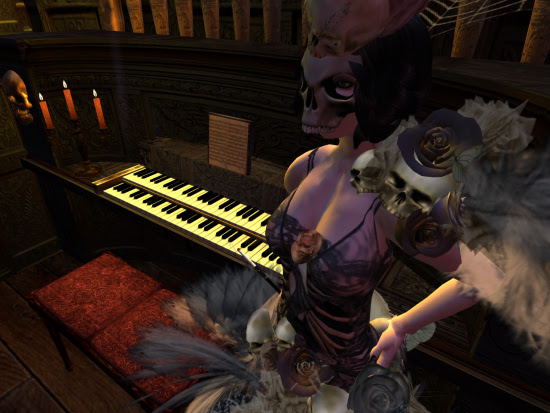 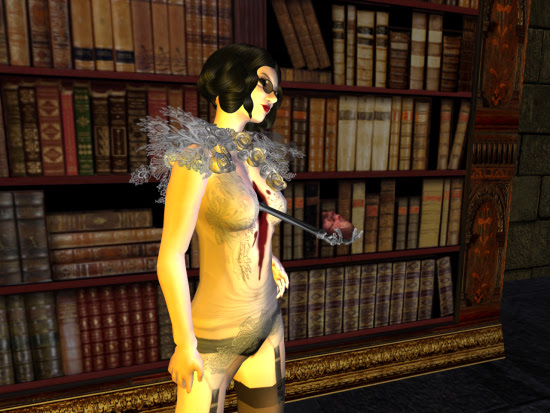 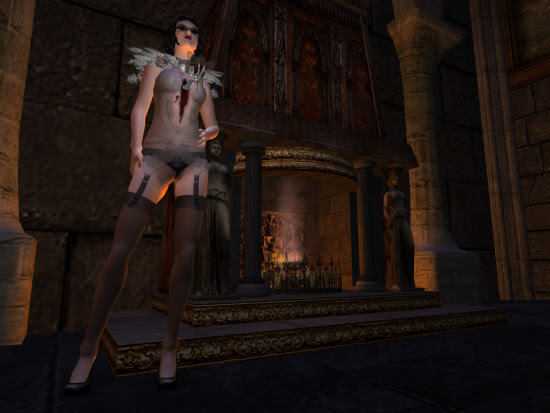 Vitabella also makes clothes in real life, some of which appear to mirror her Second Life designs. 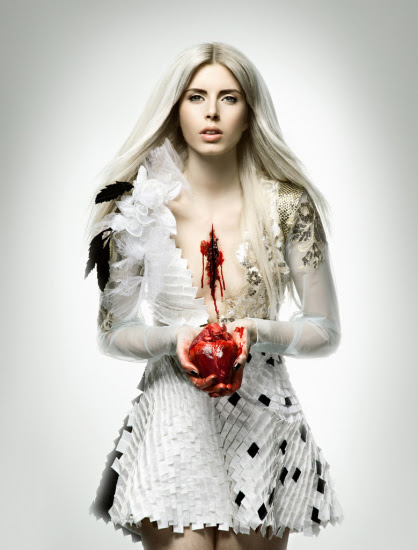