The Three and Three Fourths Doctors 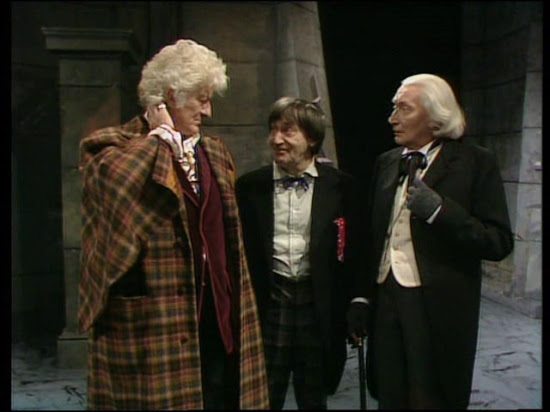 According to its Wikipedia entry, "The Five Doctors", the two hour Doctor Who special I watched yesterday, is the only episode of the original series that still exists in broadcast quality. This and a sudden vast improvement on special effects and production quality made the episode great to look at. Seeing so many past characters packaged attractively was pretty satisfying after watching the preceding two decades of episodes. It was a twentieth anniversary special, and I'm not sure how much someone might enjoy it without some exposure to the first, second, and third Doctor eras. In one two hour go, the sort of frantic string of old fashion serial escapes and amazing experiences feel a bit flat. But it's still unpredictable and the actors carry a lot of it.

Although of the Doctors present my favourite would probably be the second, it was the third's segments I thought were the best, despite the fact that he was a little more patronising with Sarah Jane than I remembered him being. The first Doctor, too, is given an odd line where he demands Tegan make tea and snacks for everyone, whereupon the fifth Doctor sheepishly explains he used to be a bit tetchy. This was somewhat charming, though I wondered if this and the third's patronising manner were somehow nods to the underlying sexism in many of the older episodes--generally sexism no greater than usual for the time in which the show was made. And then there was the awkward inclusion of women's lib via awkward speeches by Jo Grant and Sarah Jane during the third's tenure, only to have Sarah Jane turn into a helpless screamer for the early part of the fourth's tenure. One could write an interesting essay, I think, on society's relationship with gender reflected on Doctor Who. 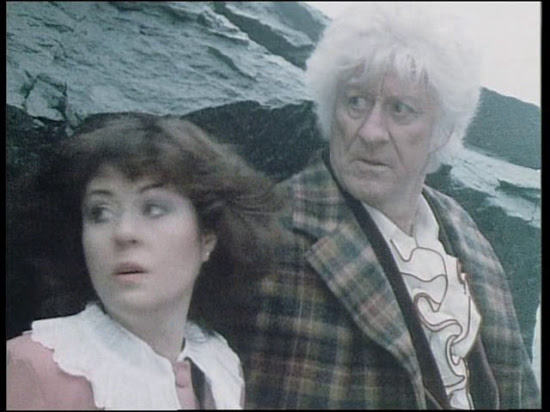 Anyway, by the end of his run I think I'd grown somewhat fatigued with Jon Pertwee, and the switch to Tom Baker's bigger performance was a welcome respite. But yesterday I was reminded how much I liked the understated quality of Pertwee's performance. It's part of what makes some of his best serials feel so extraordinarily sinister, like "The Daemons" and "Inferno". 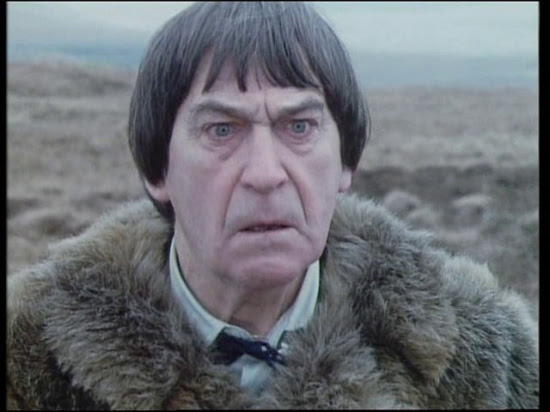 Pertwee also looked a lot healthier than Troughton in "The Five Doctors". Every closeup of Troughton startled me with his bloodshot eyes and as he felt compelled to perform with his old buoyancy I kept wanting the Brigadier or someone to say, "Easy, there, old man." 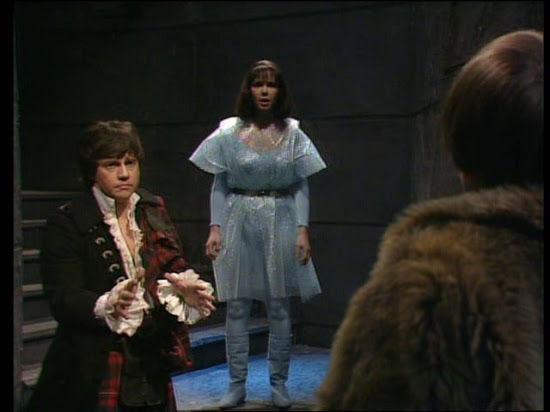 Meanwhile their too brief encounter with the second's companions Jamie and Zoe showed Zoe to probably be one of the best preserved companion actors, though I guess she was half hidden by shadow. 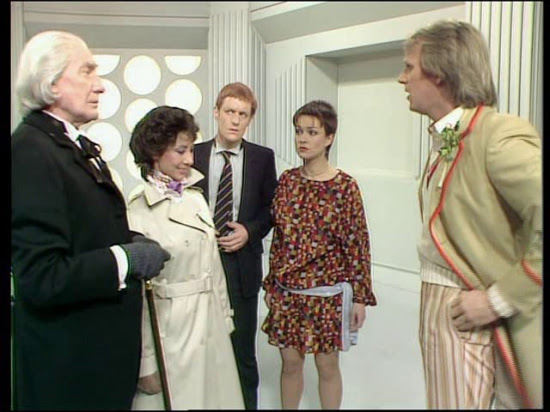 It was interesting seeing Susan again and I wish dialogue had gone into some detail about her life after "The Dalek Invasion of Earth". William Hartnell, the first Doctor, had died some years before "The Five Doctors", so the first Doctor was played for this special by Richard Hurndell who, despite being noticeably taller than Hartnell, rather convincingly channelled the original Doctor with his performance. He had so much of his mannerisms without seeming like a parody, it was fairly remarkable to watch. Though he did seem somewhat warmer than Hartnell, who always seemed sort of like he'd rather be by himself.

I guess I resist it a little, since he's the most popular Doctor (modern polls skewed by new viewership notwithstanding), but I have to say Tom Baker's my favourite Doctor. I never grew tired of him over seven years worth of episodes, he had a perfect combination of gravity and self-deprecation. From his first episode, his manner was so familiar and inviting that I felt like I'd been watching him for years already. 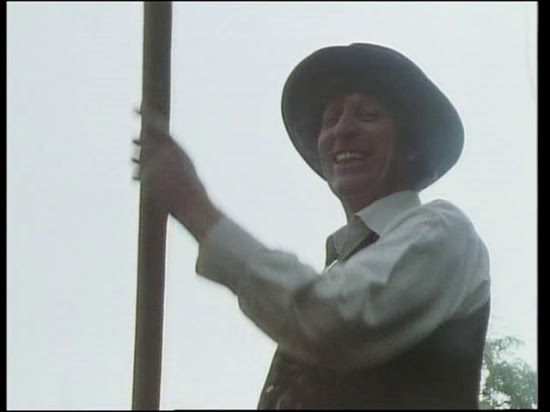 All this, of course, makes his absence from "The Five Doctors", other than in some footage from "Shada", so obtrusive. And yet perhaps it was for the best, because I sort of think he might have outshone everyone.

I like the fifth Doctor but this episode proved he is by far the worst dressed I've seen so far. 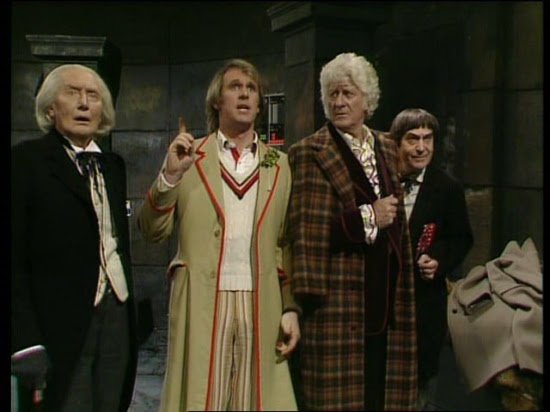 Posted by Setsuled at 7:46 PM
Email ThisBlogThis!Share to TwitterShare to FacebookShare to Pinterest