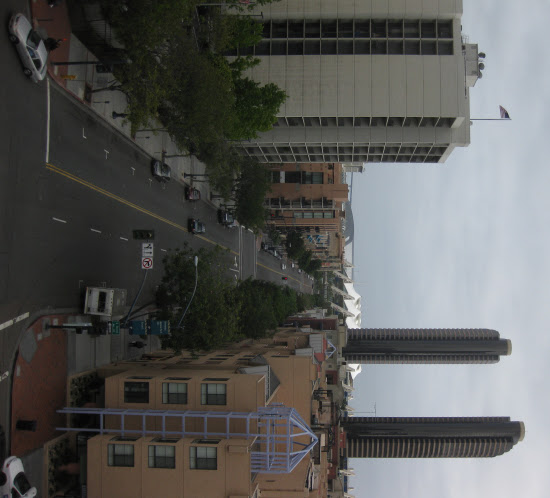 View from the Horton Plaza parking garage to-day, with the convention centre visible at the end of the street. Comic-Con's already just two months away.

It occurs to me San Diego really is Ray Bradbury's town. There I was in a mall designed by Bradbury within sight of the convention Bradbury's been a fixture at for decades. Every now and then, I think about doing a series of photographs of Horton Plaza to show off its disjointed floors, one way escalators, and hidden shop lots all designed by Bradbury with the intention of getting people lost. But moments after taking this picture; 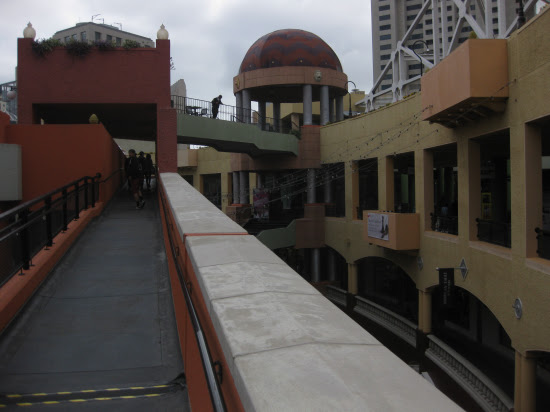 I was stopped by a mall cop who told me I'm not allowed to take pictures unless they're pictures of people I'm with. Believe it or not, it was the first time in months I wished I had a girlfriend. If there are any hot dames in San Diego reading who want to model for me, let me know. 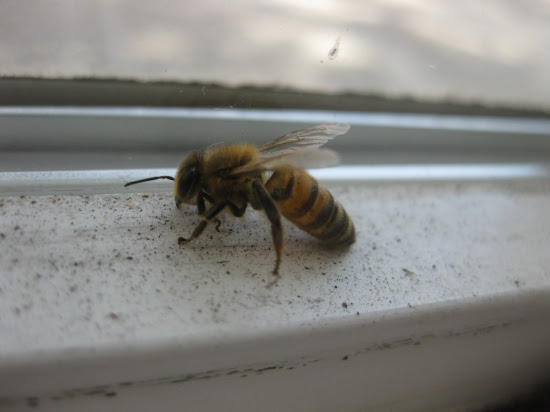 I had to get up early for a dentist appointment and I skipped coffee until afterwards. I don't think my brain appreciated being jerked around. I had to drop my sister off downtown for her work, so I went to Horton Plaza and from there walked to Pokez where I wrote more comic script and ate lunch while this bee paced back and forth in the window sill beside me; 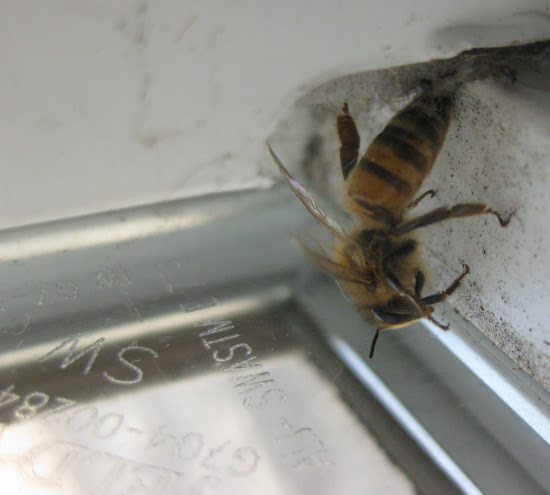 Posted by Setsuled at 7:57 PM
Email ThisBlogThis!Share to TwitterShare to FacebookShare to Pinterest