Music in the video is by Ennio Morricone from The Thing soundtrack, Carmine Coppola from The Godfather Part II soundtrack, and Kroke from their album Ten Pieces to Save the World.

I'd actually missed Snow's initial capture of the mouse. I was taking pictures of a spider when I noticed Snow on the fence peering at something on the other side with an intensity that made me put my shoes on so I could walk across the grass and dirt with my camera. While I filmed him, he leapt down to the other side and intently watched a bush for a long time. I finally gave up and switched off the camera when he suddenly sprang forward and I heard a small but very clear squeak. Snow emerged carrying the mouse by the scruff like it was his kitten and proceeded to parade his prize in circles around the whole house. Finally he stopped and set it down to re-enact the capture for my camera (where the footage begins) and to increase the terror of his victim.

My camera was running out of battery power or I would have recorded Snow tossing the mouse up in the air several times. When I left him finally to go inside, the mouse was still alive. 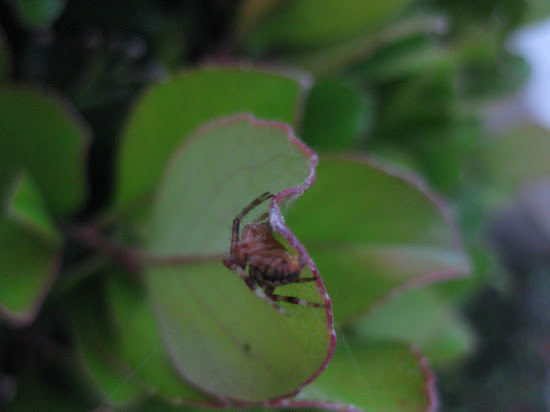