Some caterpillars I saw to-day; 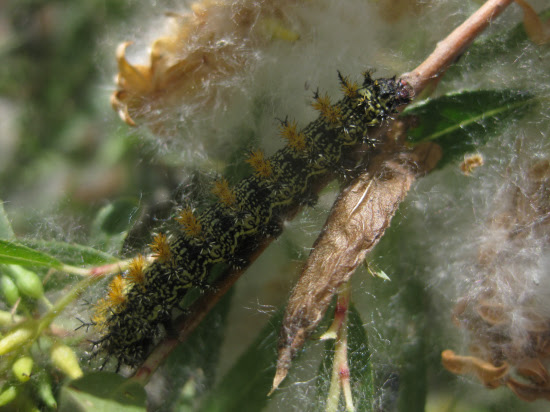 Martin Scorsese's Casino (1995) has a lot in common with Goodfellas, his 1990 film. The similarities are mostly unfortunate in Casino, as they tend to highlight the superiority of the earlier film.

Both had screenplays cowritten by Nicholas Pileggi, based on non-fiction biographies he'd written. Goodfellas is told from the perspective of real life gangster Henry Hill while Casino is mostly told from the perspective of Sam "Ace" Rothstein (based on casino mogul Frank Rosenthal). This is one of the fundamental problems, as Rothstein isn't as an effective storyteller. And it's most evident in how the two stories begin--Hill's story begins in his childhood, and he effectively conveys how natural and easy it was grow into the mafia, which granted him a living and respect. Casino starts late in Rothstein's life, and the beginning is mostly a montage of scenes explaining how he got into the casino business and why the mob trusted him to run things in Vegas. It's interesting, but no characters are built by it. We don't get the feel for characters that Henry's narrative gave us. There's not a real dialogue scene to start getting some character development until around forty minutes in.

The movie carries over two stars from Goodfellas, Robert De Niro and Joe Pesci. Pesci plays mob muscle Nicky Santoro--almost a reprisal of Tommy, his character in Goodfellas, except Nicky seems to have less of an inferiority complex. Nicky feels a bit more like gangster stock type, a less psychological portrait.

But the biggest problem in the film is Sharon Stone, who plays Rothstein's wife, Ginger. I know I'm in the minority on this one, but I've never found Stone very attractive. I suppose on a theoretical level, she has attractive physical features. But she always seems pissed off, like a rabid chihuahua. She has those Hilary Clinton* bug eyes.

This is appropriate for Ginger the coke addict, but not for the Ginger Sam falls in love with, the one he watches, marvelling how she can work a room, easily getting everyone to like her. If I met her at a party, I'd be less likely to think what warm and luminous presence she has than I would to wonder if she's pissed off because of something I did or if she's just seen nasty comments about her written on a bathroom stall.

And it's crucial we see what Rothstein likes about her--the centre of the story is how Sam's undone by the trust his love compels him to place in her. De Niro as Sam carries some weight--in one of he movie's best moments, when he proposes marriage to her and she tells him she doesn't love him, his face falls subtly, perfectly. It's a very old story, both in fiction and real life, I've seen it a million times, guys losing their minds over a girl who's not as into him as he is into her. De Niro's good enough to bring some reality to it, but not enough to compensate for Stone. 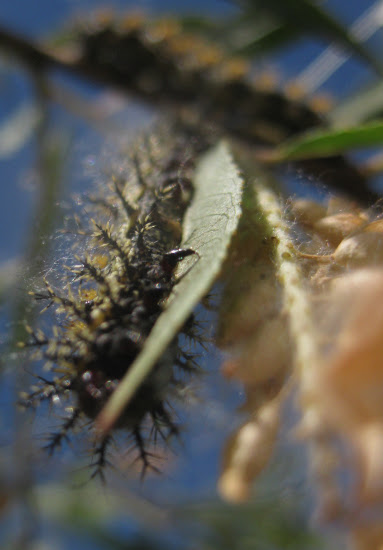 A spider in my bathroom a few nights ago; 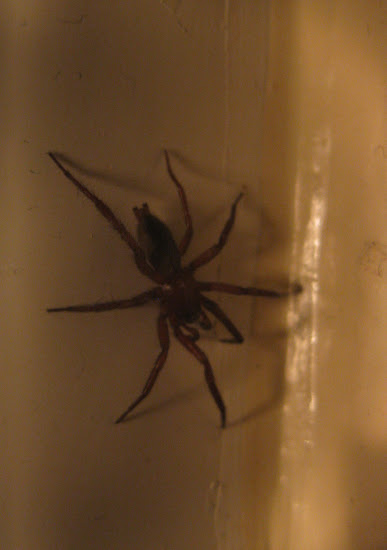 *I am, for the record, a Hilary Clinton fan. It's no wonder she looks like that, though, considering how much she's had to swallow her pride in the sort of career that's mostly prompted by pride in oneself.
Posted by Setsuled at 6:50 PM
Email ThisBlogThis!Share to TwitterShare to FacebookShare to Pinterest