A Weird House for Weird Humans 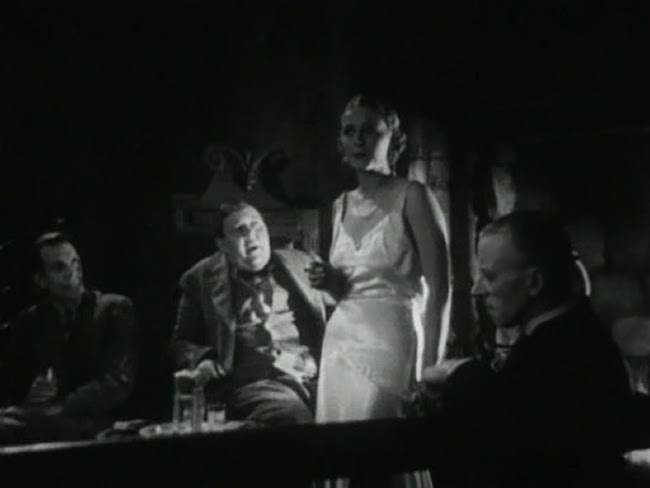 Sometimes in a really bad storm the only place you can rely on is the creepy house filled with murderers, madmen, and Boris Karloff. 1932's The Old Dark House is a sterling example of one of my favourite kinds of stories--the one where a bunch of people get trapped in an old house or hotel. In this case, director James Whale conjures some breathtakingly spooky atmosphere perfectly balanced by light comedy from a good ensemble cast. 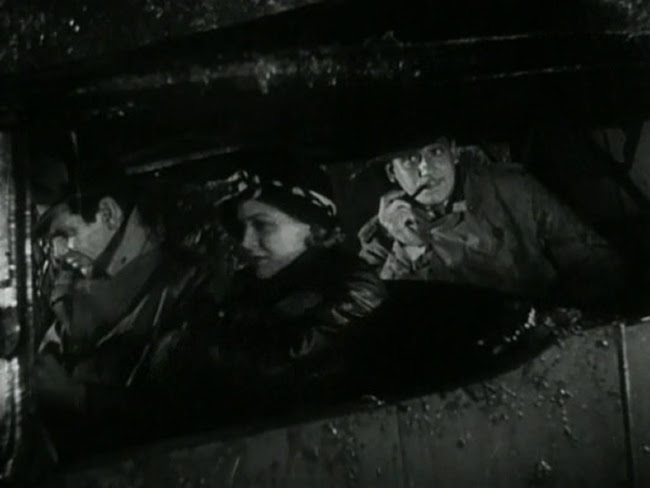 This effective mixture of tones is introduced in the first scene as a car bearing three people pushes through a very convincingly constructed special effects storm. Sheets of rain, cascading mud, and a landslide are all so effectively created it makes it even funnier when Melvyn Douglas, sitting in the backseat, gamely starts singing "Singin' in the Bathtub", much to the irritation of the two newlyweds in the front, Philip (Raymond Massey) and Margaret (Gloria Stuart). 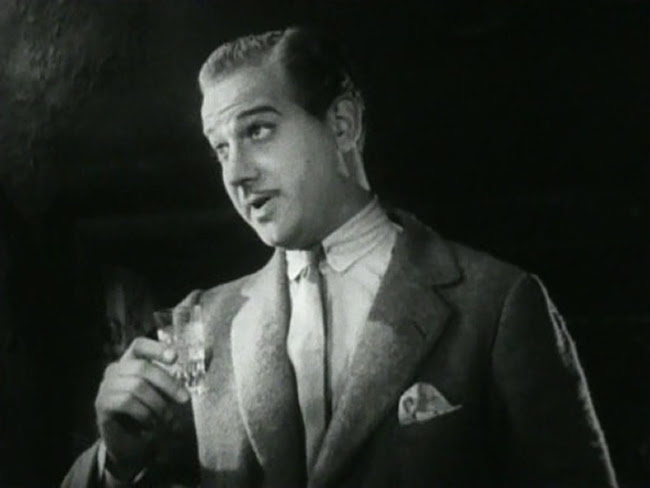 There's more to Douglas' character, Roger, though, than peculiarly steady nerves. We later learn that he's a World War I veteran and offers a slightly glib psychological profile of himself over a glass of gin: "War generation slightly soiled, a study in the bittersweet, the 'man with a twisted smile.' And this, Mr. Femm, is exceedingly good gin." 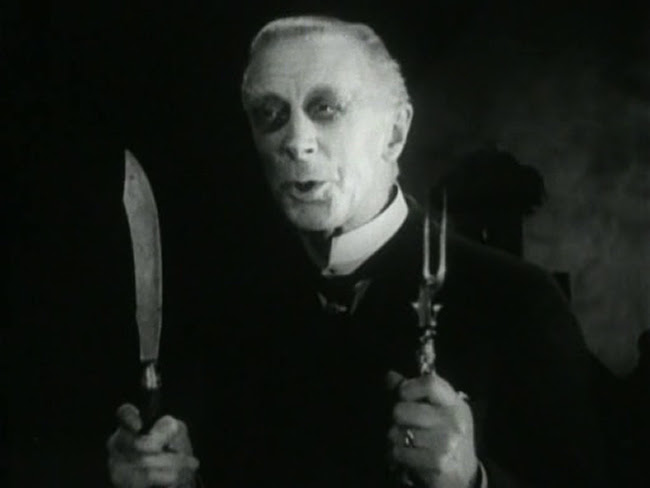 Horace Femm (Ernest Thesiger) is in charge of the titular old dark house, an intensely nervous man who is terrified by the idea that the storm will cause a landslide that destroys the house. His ill tempered sister, Rebecca (Eva Moore), scoffs at her brother's fears, telling him she knows this house better than he does. 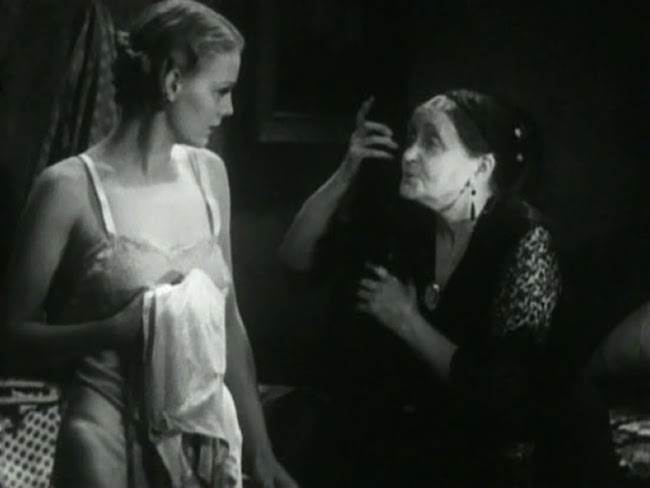 She takes Margaret to her bedroom so the young woman can change clothes in a scene of brilliantly, subtly escalating tension. Once in the room, Margaret strips to her underwear without thinking, half listening to the old woman rambling her condemnations of electric light and hedonistic youth. Gradually, though, Margaret realises there's something more than a little threatening about the woman who in her religious fever seems about to attack her. The old woman leaves, though, without harming her--there's still an emotional undercurrent to the scene that builds and explodes when Margaret opens a window without thinking and the room is immediately dominated by the storm. 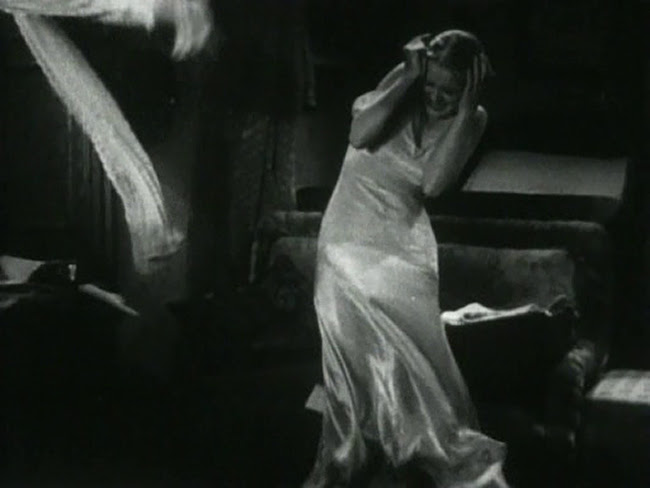 All the same, it seems rude for her to just leave the room like that and it prompts mixed feelings when the old lady later complains at the state Margaret left the room in without even mentioning it when she came to supper. Margaret is an uninvited guest, after all. 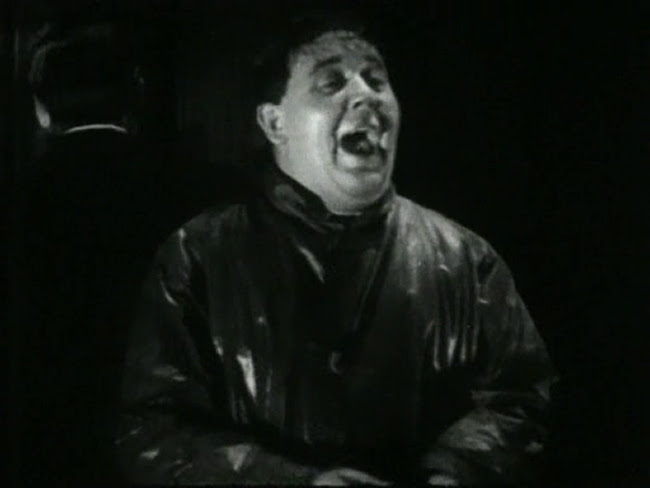 And then Charles Laughton shows up, in his first film role, as a boisterous Welshman named Sir William Porterhouse. He's accompanied by an equally carefree chorus girl named Gladys (Lilian Pond) who's delighted when the handsome Roger helps her change her wet shoes. 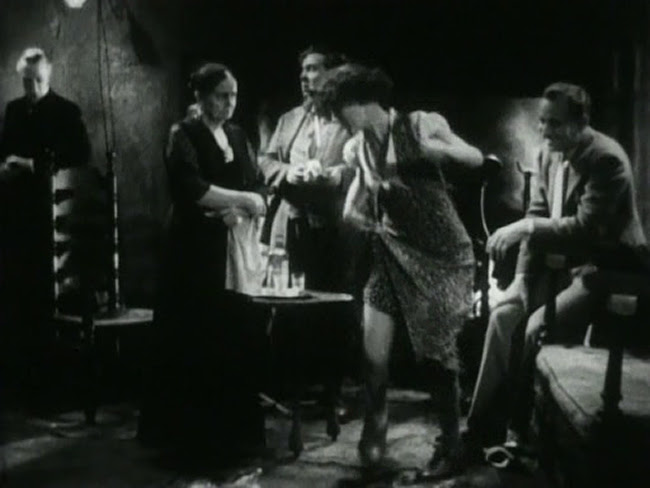 The only flaw in this movie is the rapidly developed romance between Roger and Gladys. When the two go out to the car for a bottle of whisky, they much too quickly start talking about marriage. The performances from the protagonists which had been so delightfully natural up to this point suddenly take on the worst, stiffest characteristics of silent film acting. But the scene does have an interesting moment where she tells Roger how Sir William won't mind at all about the two of them--William's a widower but, although he likes to sit on Gladys' bed with her telling stories, he's shown no sign that he wants to have sex with her. Gladys even says that Sir William tries to come off as "gay"--it's uncertain if the audience would've picked up on this word as meaning homosexual or if it was intended to. I would argue that Cary Grant's use of the term in 1938's Bringing Up Baby was definitely meant to mean homosexual but it was not known well enough for the censors to have caught it. 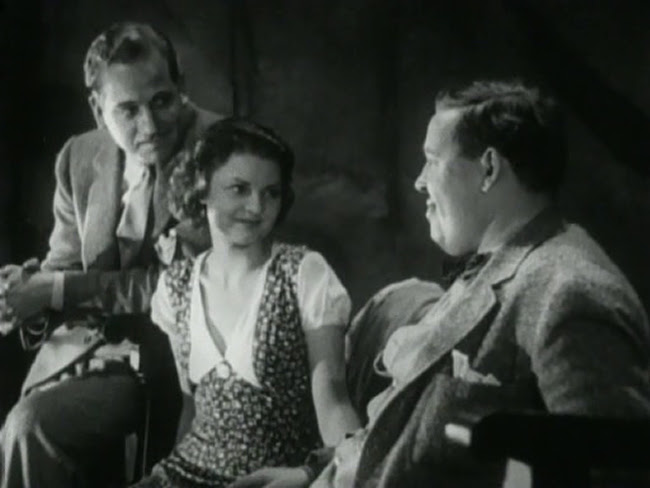 If Porterhouse is meant to be homosexual, though, it's nice that he's in no way sinister or a villain in this film. It would fit in, too, with the dialogue establishing both Roger and Gladys as misfits--Roger for his war trauma and Gladys because she's a chorus girl, something she spends a lot of time talking about with a defiant lack of shame. In this context, the moralistic condemnation from the old woman takes on a new significance. As does the name "Femm", the fact that the gender roles between Horace and Rebecca seem reversed, and the fact that the Femm patriarch, Roderick, is played by a woman (Elspeth Dudgeon). 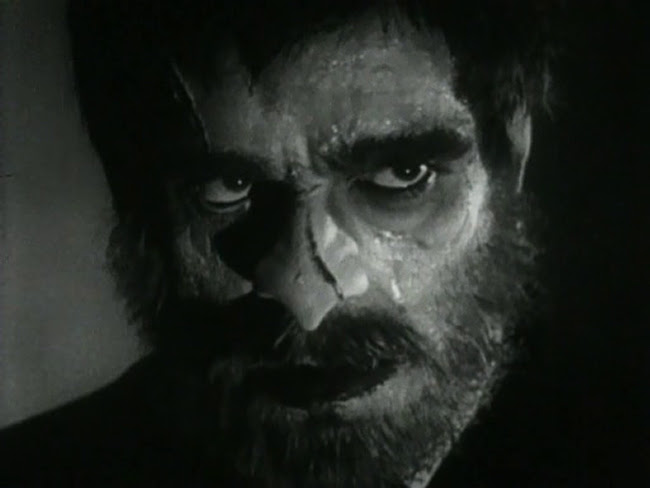 On top of all this, the film has Boris Karloff as the deaf butler, Morgan. Karloff plays him as someone who performs his duties on automatic and is mentally cut off from everyone else, something that becomes really sinister when you see has no sense of guilt about the violence he might inflict.

This film has terrific atmosphere, great performances, and some really intriguing characters. And it already had me with the people trapped in the house concept.

The plate collates a dozen gobs of rice.
In glowing space the number turned to blue.
The first tomato pulled us homeward twice.
No glancing beam could prove the car was true.
Inverted hooves have pushed a sky to turf.
A hidden stone absorbed a shock to good.
Surprising steps alert the sickened Smurf.
Sapphire gnomes'll always count and should.
A spacious temp'rature unwraps the shoot.
The stars are masks for oxygen above.
A flying tube conveys the human boot.
A mirror hall creates the multi-dove.
The table welcomes butlers, ghosts, and souls.
A storm disrupts the laces, heels, and soles.