Schemes and Tyrants in the Manor 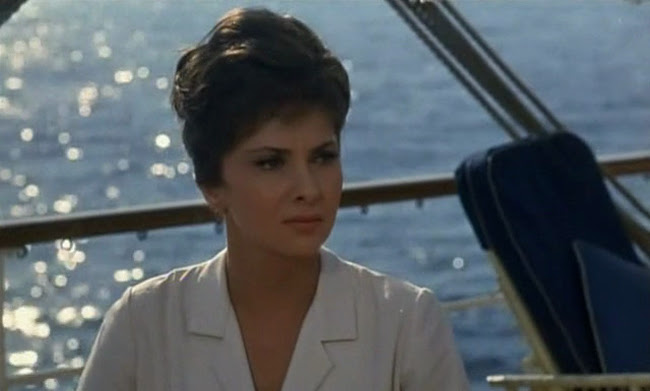 I'm not sure I understand the title of 1964's Woman of Straw. Maybe it refers to a "straw man" which, in a sense, the lead character played by Gina Lollobrigida becomes in the latter half of the film. It could also be an ironic description for the strength inherent in her extraordinary kindness caring for the sadistic and belligerent character played by Ralph Richardson. The film's partly a thoughtful rumination on the place of dominance in human relationships and partly a fairly effective crime thriller. 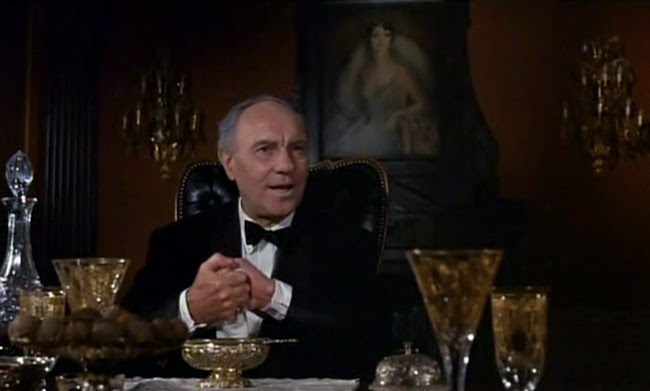 Ralph Richardson's performance as the cruel and abusive wheelchair-bound Charles Richmand is crucial. The character is so intensely and consistently mean that he could have been boring in any character study but Richardson breathes a lot of life into him. We get a hint of the real human anxieties and compulsions that make someone behave in this manner. 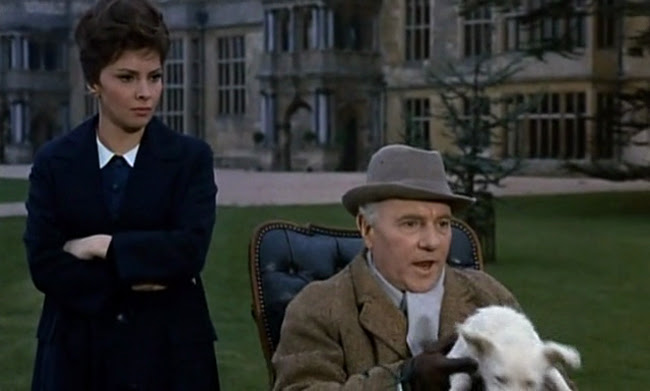 Working as his nurse is a problem from the beginning for Maria (Lollobrigida). He objects to her being a foreigner, particularly one from southern Italy, though it's clear if he didn't have racial abuse he would have found some other way to verbally attack her. He crudely manipulates perspectives on situations to give himself excuses to berate--he orders servants to turn off music so that he can complain about the music being turned off. The obviousness of these manipulations functions as another level of aggression in itself--he's saying to everyone that he has the privilege of being obvious about it. But he's not lacking for racist behaviour--later Maria watches in horror as Charles forces two of his black servants to play leap frog in the pretext of teaching his dogs to do it by example. 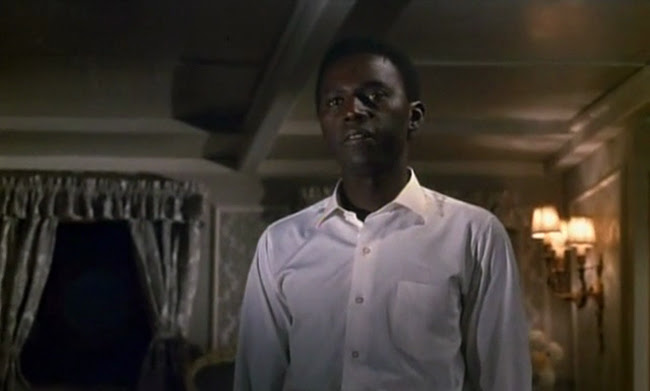 And lest you make any mistake about it, Charles casually explains how he believes black people are naturally meant to be servants. Later, Maria asks Thomas (Johnny Sekka), one of the servants, why he and his brother put up with this kind of treatment and he tells her a story that might be familiar to many impoverished immigrants, that he has a poor family back home he needs the money to to support. In this case, the economic hold Charles has on him is even tighter because he controls the copper mine in Thomas' town. So in a sense, Charles could be seen as a personification of some of the worst aspects of colonialism. 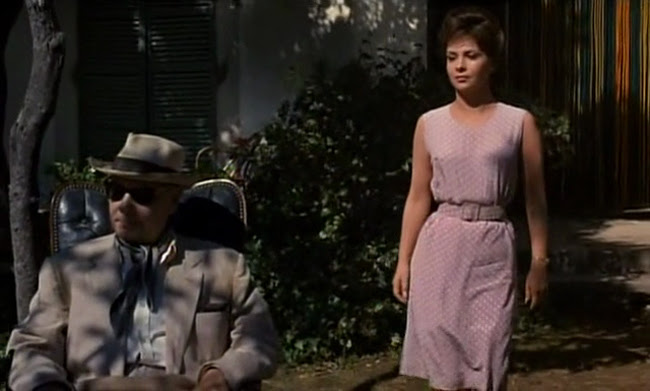 But thankfully the character's more than a personification of a concept though perhaps that's all he'd like to be. A conversation between him and Maria on his yacht reveals something about the self-image he's constructed for himself.

CHARLES: "They thought of him as a bore, Beethoven. A gross, clumsy, vulgar, oaf. No sense of humour, no social graces, kept people at arm's length. You think of me as a monster, don't you?"

MARIA: "Only when you try to intimidate me."

CHARLES: "People like to be intimidated, people feel comforted by strength. They complain but they feel serene somehow." 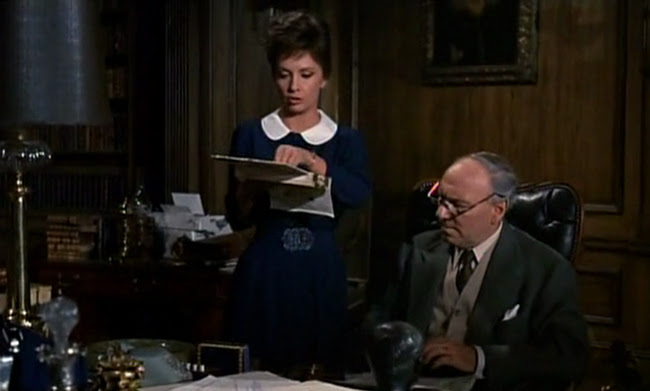 The rise to power of strong men based on populist support throughout history lends some support to Charles' argument. Why doesn't he seem satisfied that he has a clearly defined, even traditional role in human society, though? Why does he feel the need to justify himself to Maria of all people? He tells her about his exceptionally kind, loving wife who died some years before.

CHARLES: "She was exceptional . . . she died in great pain. A kind nature is no defence against sickness and death so what's the point of it?" 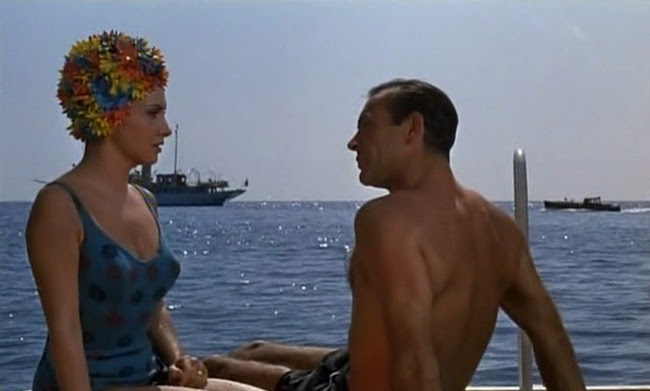 When Maria's alone with Tony (Sean Connery), Charles' nephew, the younger man dismisses the small amount of sympathy she's starting to feel for the old man by telling her what Charles said to his wife when she was on her deathbed: "You gave me everything and you took nothing. You were a very stupid woman." Tony urges her not to fall prey to sentimentality--but it's Tony who suggests to Maria that she marry Charles. 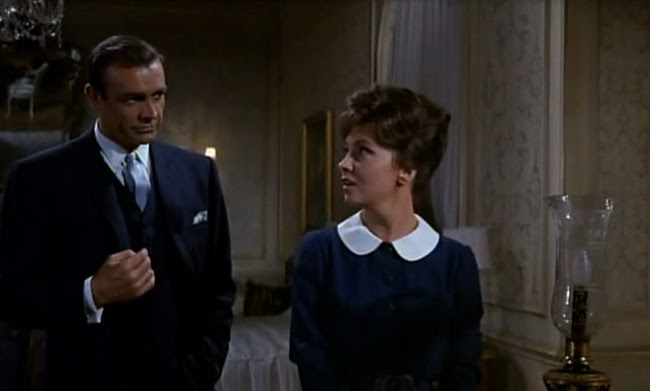 Charles plans to leave all his money to charities and give almost nothing to Tony. He proposes that he help manipulate Charles into marrying Maria on the agreement that Tony receives a significant percentage of the inheritance. Charles is very ill at the start of the movie and Maria knows well he couldn't have long to live. 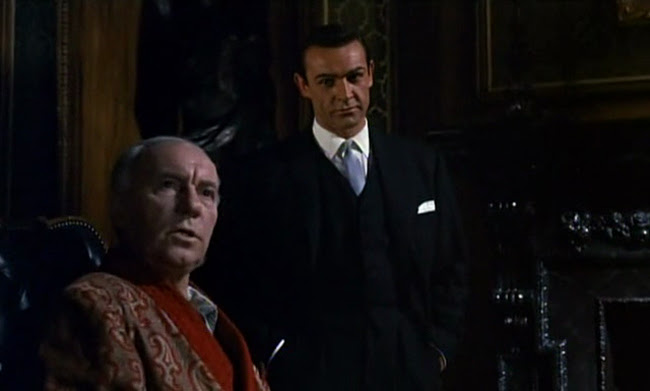 Ironically, it's Charles' own penchant for crude manipulation that makes him particularly easy for Tony to manipulate--all Tony has to do is act like he likes Maria and Charles will rebuke him with the opposite opinion. But there's more than contrariness to Charles' attitude. When she forces Charles to come ashore to bring her back to the yacht, you can see he's having a harder time concealing a growing respect for her, a respect that seems attached to a strange, real affection. When he believes everyone else acts based on his dominance, naturally the only person whose words he can trust is someone whose will he can't dominate. The logic here is of course based on a false presumption--we know Tony isn't really cowed by the old man's thunder and the servants have economic reasons that have nothing to do with natural servility. This has the odd effect of making Charles seem vulnerable. 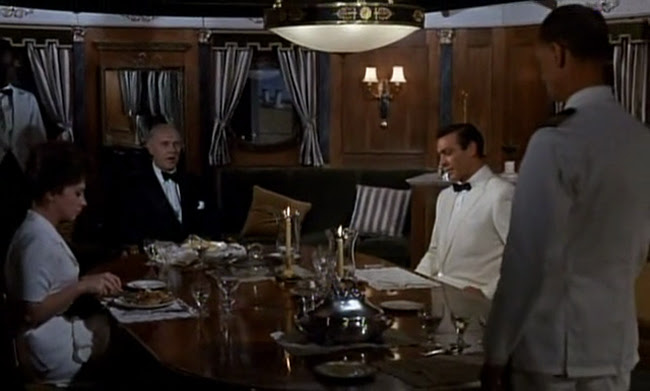 Connery is good in the film as a character who in some ways resembles James Bond while in others is a polar opposite. I wasn't sure about Lollobrigida at first but she gets better as the movie goes on. She's a good point of view character and helps highlight the intriguing questions about natural human sympathy--it's not entirely clear if marrying Charles is all about his money. There is something strangely pitiable about a tyrant. The crime thriller of the latter portion of the film has some interesting, surprisingly well constructed intricacy but it's a little disappointing how Maria's role is reduced in the finale. But it's a good movie that introduces so many provoking questions while also being a satisfying mystery.