The Dangers of Cats, Ravens, and Pianos 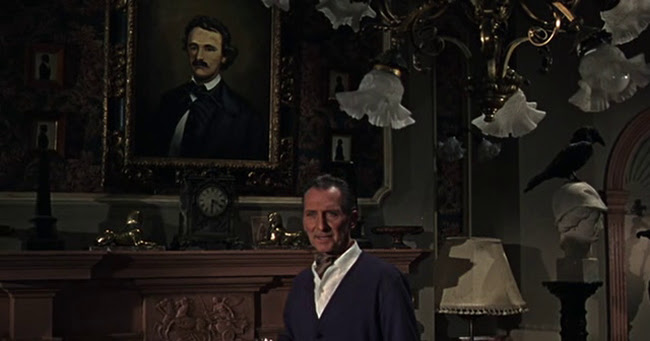 Happy Birthday, Edgar Allan Poe. My favourite anthology horror film from Amicus has a great deal to do with him--1967's Torture Garden. Directed by Freddie Francis with a screenplay by Robert Bloch, based on four of Bloch's short stories, each segment has keen fantasy logic with some lovely cinematography and wonderfully weird production design. 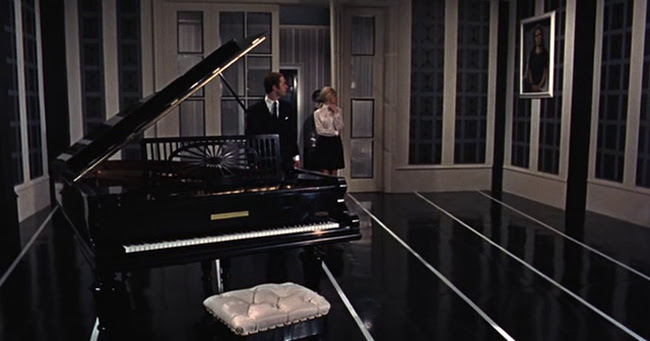 I love this room for the killer piano in the third story. It's like a Man Ray painting. And yes, I said killer piano, and it is a bit silly, but it's also kind of a fun exploration of the subtext in the muse versus the lover type of story. The piano is named after the muse Euterpe and she seems to be murderously jealous of her player's (John Standing) lover, Dorothy (Barbara Ewing). 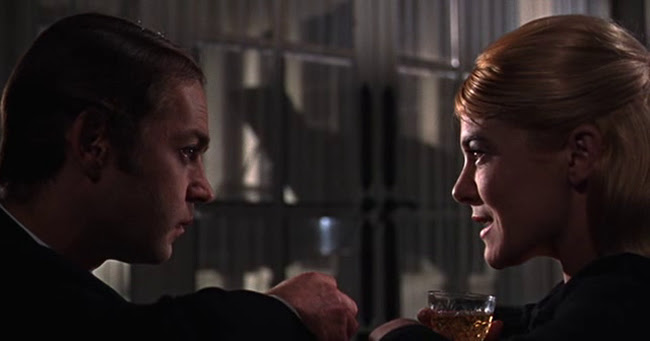 I like the build up with him seeming increasingly distracted and Dorothy finding it increasingly unreasonable that he has such an emotional investment in the thing. The pianist's manager (Ursula Denham) thinks it's Dorothy who's being unreasonable though, if you ask me, just wanting her lover to have dinner with her now and then is pretty low maintenance. I doubt Dorothy thought she'd have her fears confirmed by being chased around the room by a piano with a lid chomping like great mouth. 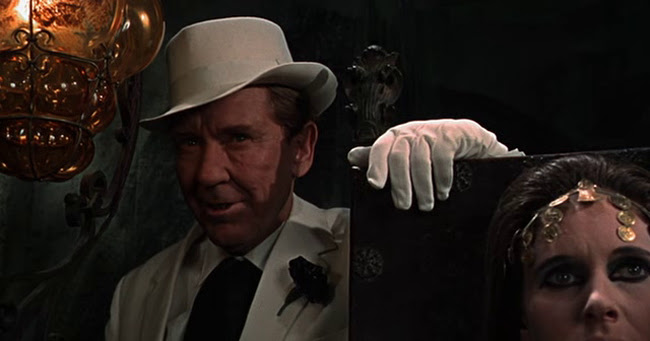 The framing story has the four protagonists at a side show run by an effectively satanic Burgess Meredith--he's so sinister in this movie I forgot all about his Penguin. He invites each person to stare into the shears of a mechanical Atropos figure (very obviously an actress sitting very still) to see into a future where their own wrongdoing leads to their downfall. Unlike in Dr. Terror's House of Horror, a big part of Meredith's spiel is that the individual can use the foreknowledge to prevent tragedy. It's a warning to each person to mend their ways. 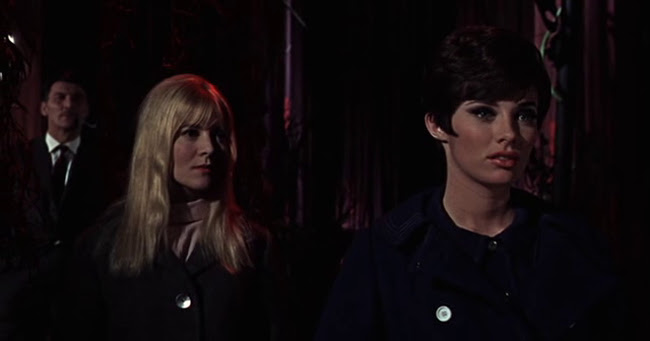 And yes, it doesn't quite make sense because nothing Dorothy did seems all that bad. The other female protagonist, Dorothy's American cousin Carla (Beverly Adams), is at least a little mischievous and ruthless. She pretends to accidentally burn a roommate's dress so she can steal her date with a movie star (David Bauer). 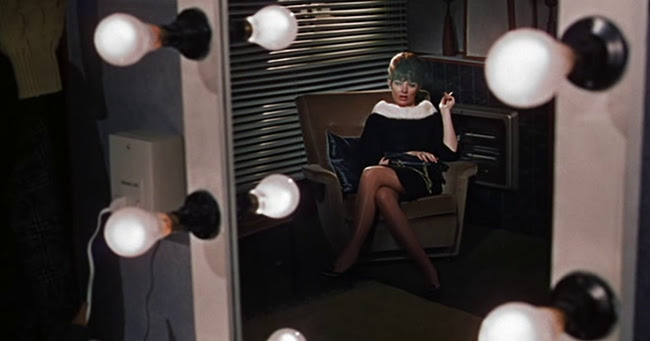 Carla also makes it clear she's willing sleep with anyone to get ahead in show business and easily moves from Charles onto another movie star (Robert Hutton) when it seems the latter might be easier to manipulate. The story has an amusing Sci-Fi twist that nonetheless is a sharp, disquieting revelation on the illusion of the Hollywood dream. 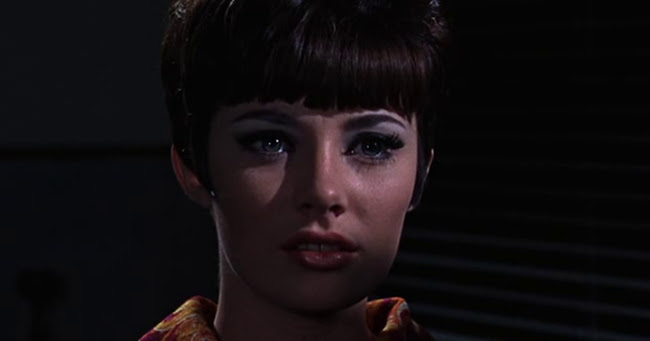 All of the stories have something to do with art or entertainment industry except first story about a young man (Michael Bryant) who allows his rich uncle (Maurice Denham) to die in the hopes of inheriting his wealth. Matters are complicated when said wealth turns out to be buried chests of antique coins guarded by a mind controlling murder cat. 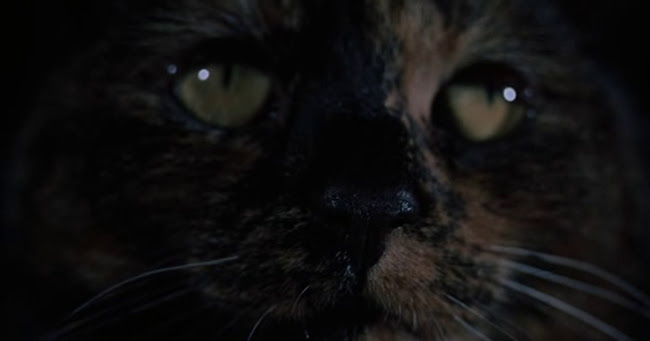 I suppose it fits into the other stories in that achieving the aims of avarice can introduce weird, unexpected problems. The story bears some resemblance to Edgar Allan Poe's The Black Cat, which ties it to the final story of the film. 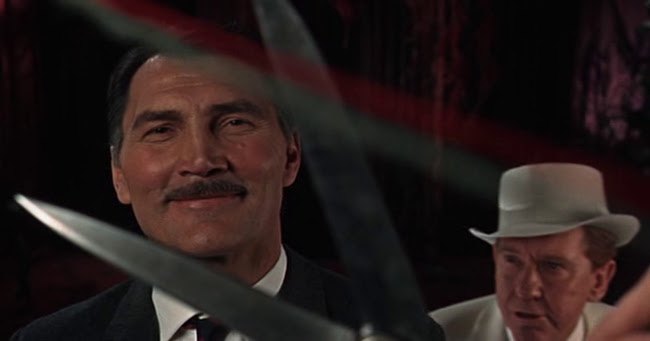 Jack Palance, with a very unconvincing English accent, plays an obsessive collector of Poe artefacts named Ronald Wyatt. Peter Cushing plays another obsessive, and far more successful, Poe collector named Lancelot Canning. The two meet at an exhibition of Canning's collection where Ronald covets a rare edition of one of Poe's works. Canning won't part with it for any price but invites his fellow collector to his home in the U.S. so he can rub his face in the rest of his collection. 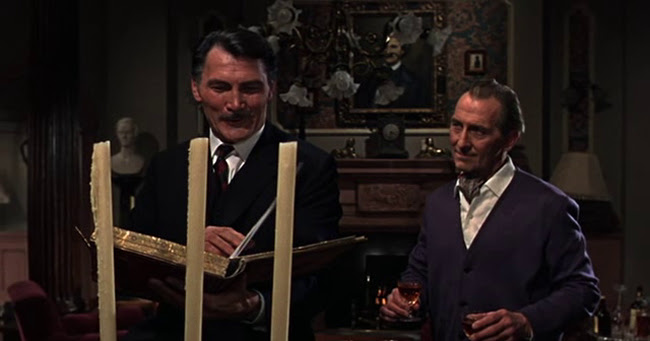 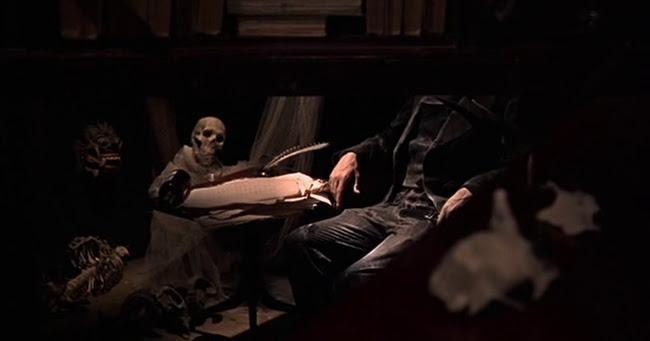 Palance plays his character slightly over the top, almost feverish, like he's ready to bludgeon Canning at any moment and I wonder why the more reserved Canning would dare even invite the other man into his home around such delicate artefacts. Cushing seems to be having fun, though, playing his character as very drunk most of the time, subtly bobbing his head and smiling placidly while Palance gets worked up over a manuscript. 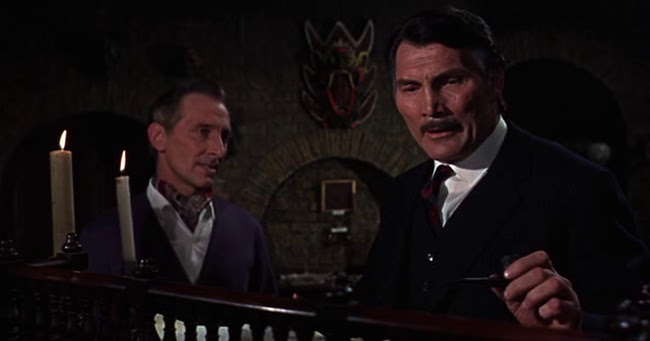 Watching these two actors talk about Poe in this environment is much more satisfying than the resolution of the story but Torture Garden never really lets you down.