Who's a Good Werewolf? 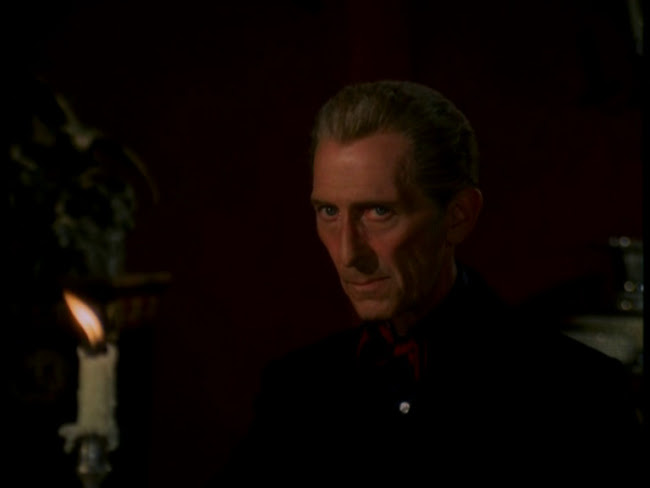 How do you spot a werewolf in human form? Would it look like Peter Cushing, Charles Gray, Michael Gambon, or someone else? 1974's The Beast Must Die poses the question so the wealthy Tom Newcliffe (Calvin Lockhart) can decide which of his guests to hunt and kill. With a werewolf that is clearly a large and very friendly dog and a peculiarly funky soundtrack, this movie is heavy on cheese but it's still a lot of fun. 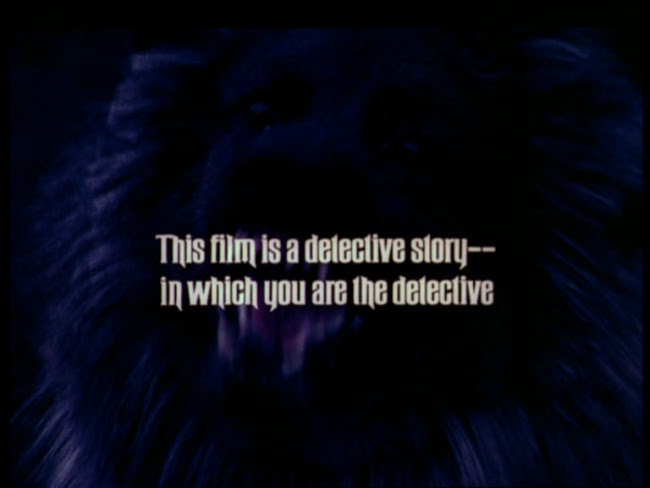 It begins with this title card and a narrator informing us we'll be given a chance near the climax to stop and give our answers, to see if we've figured out who the werewolf is. For the record, I came up with two solutions--the person I thought it would be if the movie was playing fair, and the person I felt like it would be if the movie was deciding it entirely on narrative construction. I thought it would go with the latter but I was happy it went with the former. 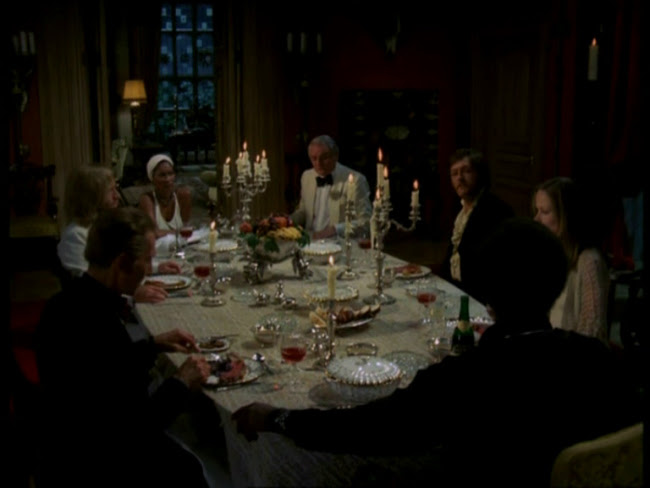 Every one of Tom's guests could be fairly suspected for one reason or another. Paul Foote (Tom Chadbon) is a strangely hairy man, an artist who paints murder victims; Arthur Bennington (Gray) seems reluctant to touch the silver candlesticks and is indignant at any suggestion there's something odd about him; Jan Gilmore (Gambon) tries to flee the estate when he finds out what Tom's up to; Arthur's wife, Davina (Ciaran Madden), has the suspicious name "Davina"; and Peter Cushing plays Professor Lundgren, a lycanthropy expert who fervently insists at the dinner table that werewolves are as much victims as the people they attack. 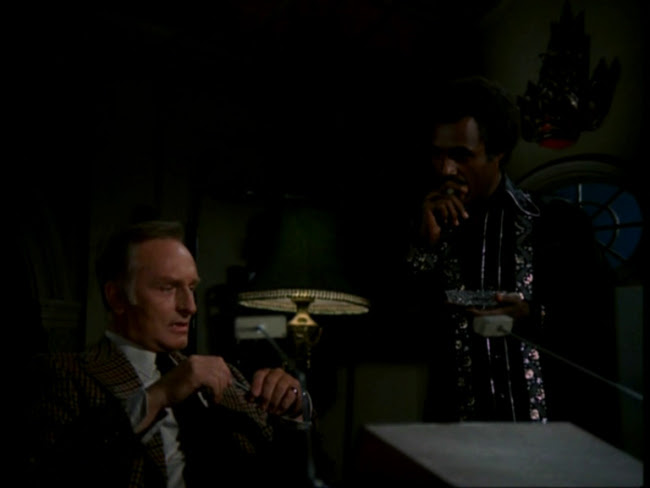 Rounding out the cast of famously sinister actors is Anton Diffring as Pavel, Tom's assistant who monitors the cameras placed throughout the estate from a special control room. He and Tom politely debate the existence of werewolves--but Tom is thoroughly convinced. 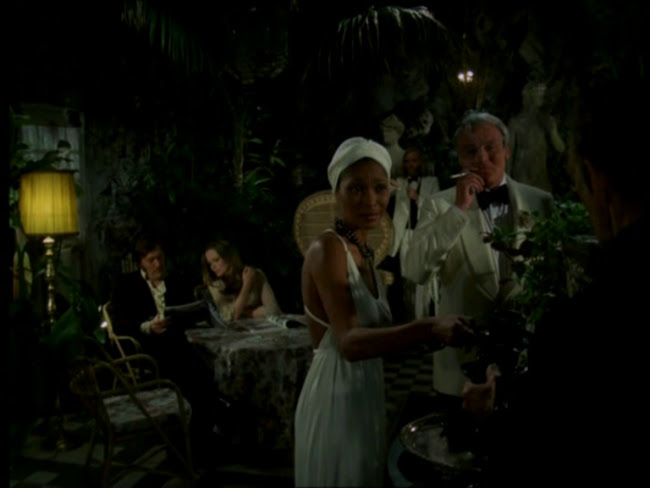 Tom's wife, Caroline (Marlene Clark), gets into arguments about it, too, at the dinner table in front of the guests. These escalate a bit artificially and both actors seem to be delivering their lines with passion that really isn't in the material. Any time Cushing or Gray is on screen, though, the material is elevated by two actors who know exactly the right moments to be over the top or subtle with this kind of material. Gambon is good, too, with naturally good instincts as an actor but he doesn't seem to have learned how to hit the oversized notes for this kind of material yet. 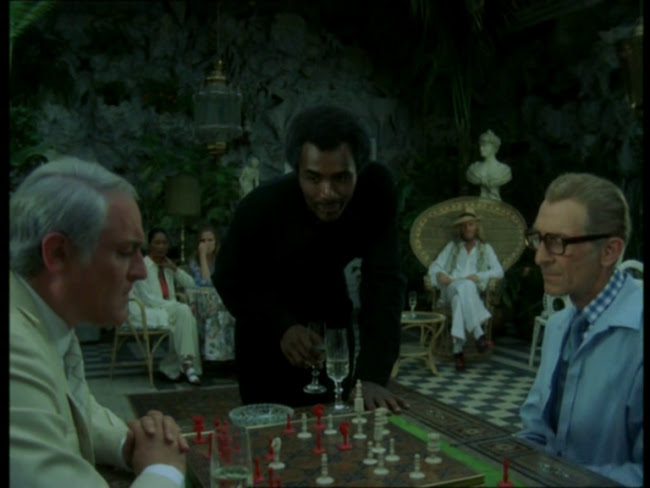 As for the wolf? He's a good dog, yes he is. I felt kind of bad for him when the helicopter pilot was hugging him so that we'd think the beast was attacking him. 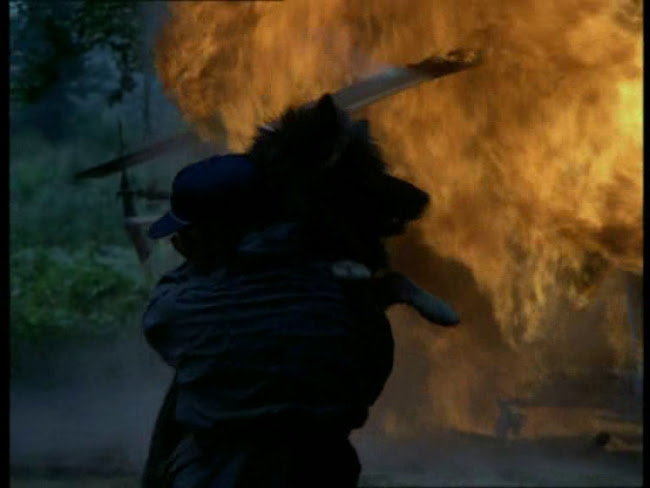 Posted by Setsuled at 1:44 PM
Email ThisBlogThis!Share to TwitterShare to FacebookShare to Pinterest