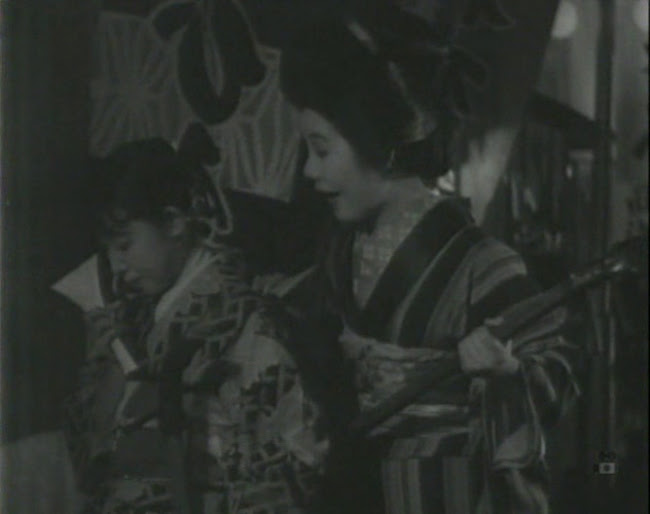 Transitioning from silent to sound films was a difficult step for a lot of filmmakers. Mikio Naruse's first sound film, 1935's Three Sisters with Maiden Hearts (乙女ごころ三人姉妹), lacks the psychological complexity of his later sound films and the technical proficiency of his silent films. A simplistic, broad melodrama that never quite connects, it does feature some adorable stars. 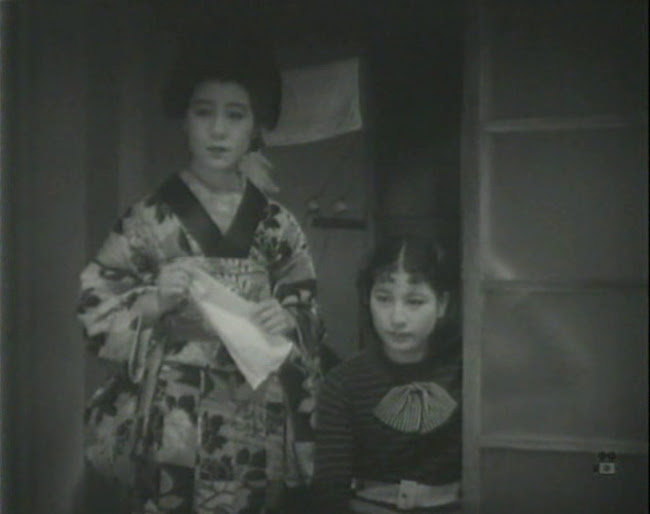 There are more than three sisters in the family but the film focuses on the three eldest--O-Ren (Chikako Hosokawa), Some (Masako Tsutsumi), and Chieko (Ryuko Umezono). They've each been forced to work since childhood to help support their family--the identity and whereabouts of their father is left unexplained and their mother (Chitose Hayashi) is an "entertainer", presumably a former geisha or prostitute. The three girls bring in meagre earnings as wandering shamisen players. We watch at the beginning as Chieko makes a nuisance of herself more than anything else as she goes from customer to customer in a restaurant asking if anyone would like to hear a song. When someone finally accepts, an irritated waitress turns on the record player. 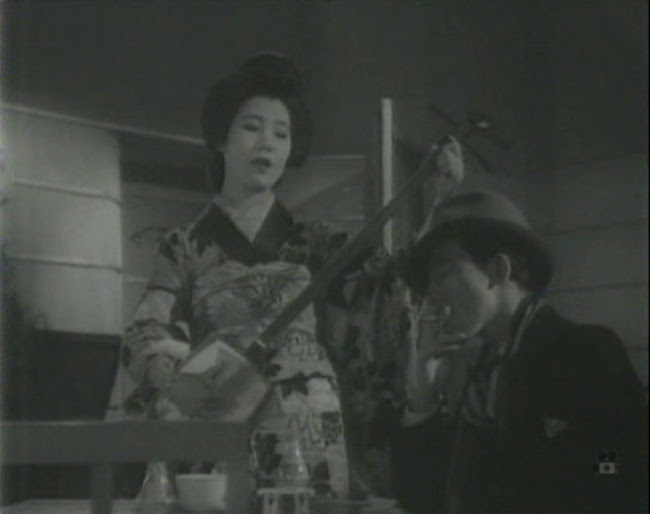 O-Ren doesn't show up until later in the film. She left home long ago after marrying a seemingly successful young man. Unfortunately he lost his job and now she finds herself in the same situation she was in as a kid, supporting the family by busking. All the sisters are constantly faced with the choice of becoming prostitutes or kept women. 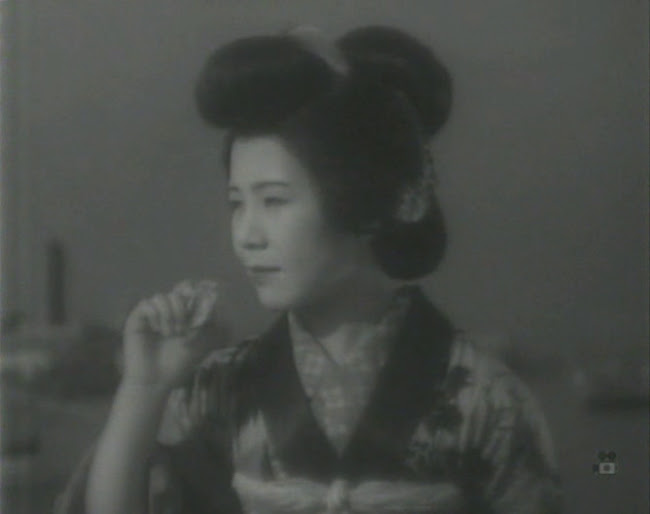 Naruse's lack of experience with sound at this point is constantly in evidence due to odd pauses at the beginning and ending of scenes and bad, tinny sound quality in outdoor scenes. The story itself which might have been fine for a very short silent film is stretched too thin even at only an hour and sixteen minutes. A suddenly tragic ending doesn't feel quite earned but Masako Tsutsumi gives a good performance as Some. 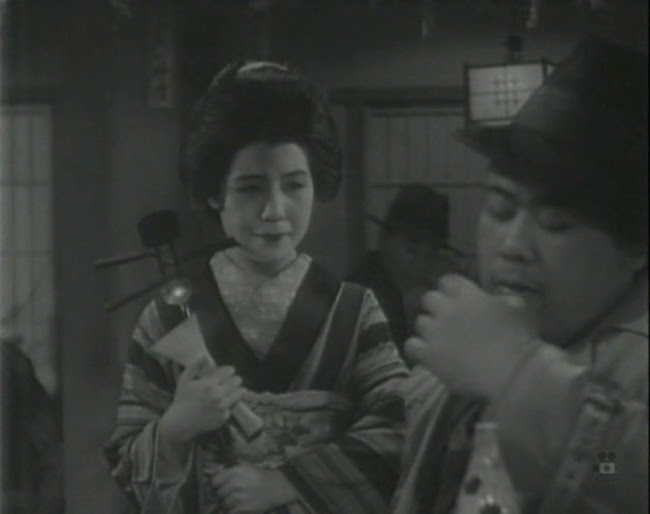 Posted by Setsuled at 12:58 PM
Email ThisBlogThis!Share to TwitterShare to FacebookShare to Pinterest