Denizens of the Ice Worlds 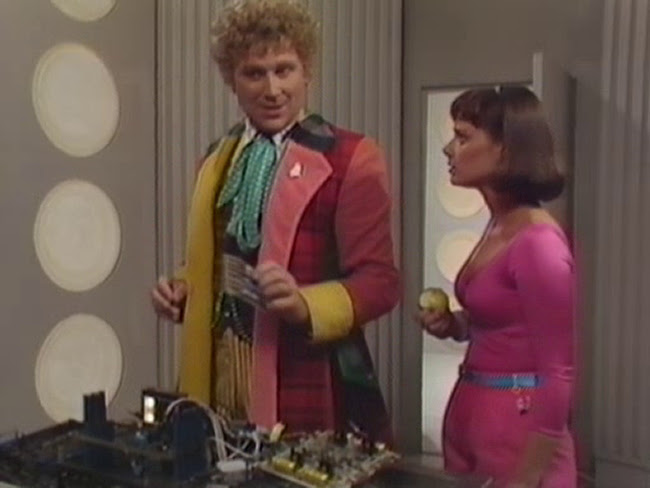 Enjoying several Sixth Doctor audio dramas once again lured me back to watching one of his television stories this week, in this case Attack of the Cybermen from 1985. It's really not bad though it's more than a little muddled. 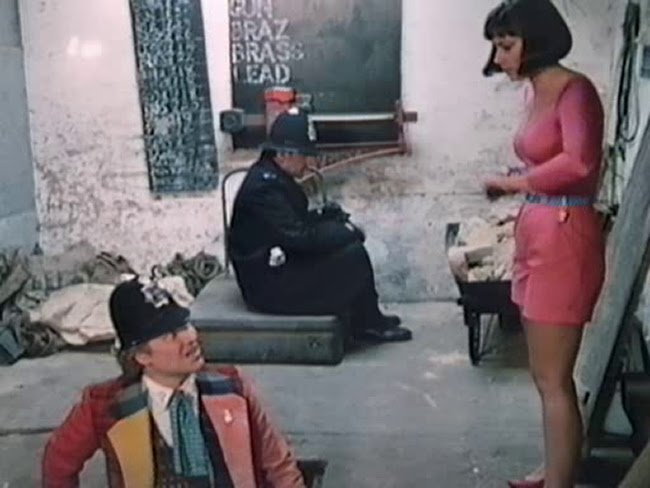 According to Wikipedia, the story's authorship has such a complicated history that no-one seems to be quite sure who wrote it. From Wikipedia:

The serial is credited to "Paula Moore"; however, behind that name lies one of the most confused and controversial authorships in the entire series' history. Authorship copyright on the serial is divided between "Paula Moore" (real name Paula Woolsey) as the author; Kit Pedler and Gerry Davis as creators of the Cybermen; Eric Saward as the creator of Lytton and the BBC who hold the copyright on the series elements.

Several separate accounts offer differing versions of who actually authored the story. Most accounts agree that series fan and continuity advisor Ian Levine suggested a number of plot elements. At the one extreme, it is suggested that the story was authored by series script editor Eric Saward, with or without substantial input by Levine, with Woolsey only acting as the story's author to prevent problems with the Writers' Guild, who objected to script editors editing their own scripts. Alternatively, it is suggested that Woolsey originated the story, but Saward heavily rewrote it in his capacity as script editor. Levine himself claims that Saward wrote the dialogue to Levine's story and plot and that Woolsey "did not write one single word of that script". Saward has flatly denied this in an interview with

One reason for the complexity and confusion around the script's origin is that under Writer's Guild guidelines, script editors were forbidden to commission themselves, and Levine's deal with the series specified that he could not receive any on-screen credit for his work. Thus the use of "Paula Moore" may have been an attempt by Saward to disguise the fact of his involvement from John Nathan-Turner.

One thing's for sure, the serial feels disjointed and scattered. The first serial of Colin Baker's first season as the Sixth Doctor--his second serial overall--it was the first regular serial to be divided into two forty five minute parts. The first part, involving the Doctor and Peri (Nicola Bryant) running afoul of a complicated heist in London, has a totally different tone and setting to the second part, set on the icy adopted homeworld of the Cybermen, Telos. But that's hardly new for Doctor Who--some of my favourite serials, like The Time Monster or The Seeds of Doom, also spend their last episodes in a completely different setting with a mostly different cast than their first episodes. It can be a wonderful way of showing the scope Doctor Who can cover. 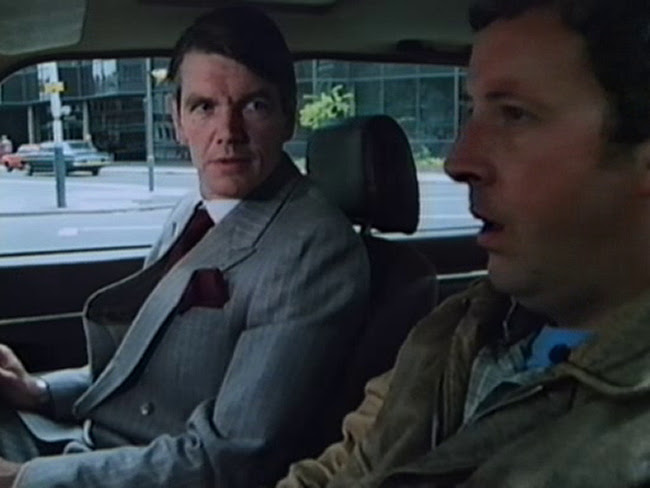 In Attack of the Cybermen, though, it meant many elements were introduced only to all but vanish or be drained of interest. The heist element in the first part introduces some gangsters, often in location shots from modern London, that feel extraordinarily authentic, headed by Lytton, a returning character from the Fifth Doctor serial, Resurrection of the Daleks. It's hard to see in him the mercenary from that serial, though. Played like a ruthless mob boss by Maurice Colbourne, one wonders if he hadn't originally simply been cast in Attack of the Cybermen as a completely different character before it was decided his previous role on the series had been too recent for people to have forgotten it. He's quite good, in any case, before suddenly, inexplicably being revealed as a hero in the second episode. 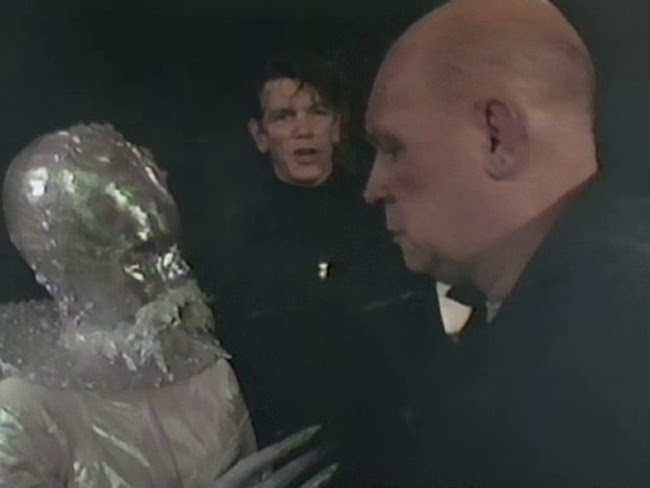 Also among the gangsters is guest star Brian Glover as Griffiths, who would go on to star with the future Eighth Doctor, Paul McGann, in Alien 3. He brings a real sense of streetwise, authentic menace of the common gangster but on an alien world he's reduced mainly to finding different ways of saying, "What the hell is going on?" 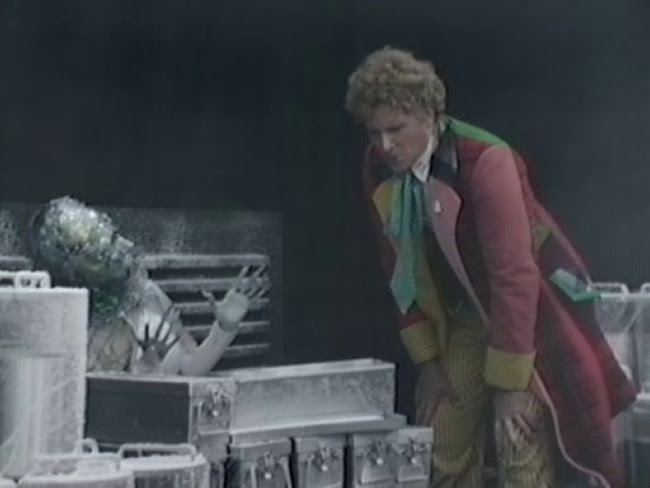 The Doctor and Peri are separated in the second episode, each encountering members of the indigenous people of Telos, the Cryons, who are attempting to have vengeance on the Cybermen. They have an intriguing costume and make-up design and are all women for some reason. I suspect their bubble wrap moustaches were meant to look like something else. 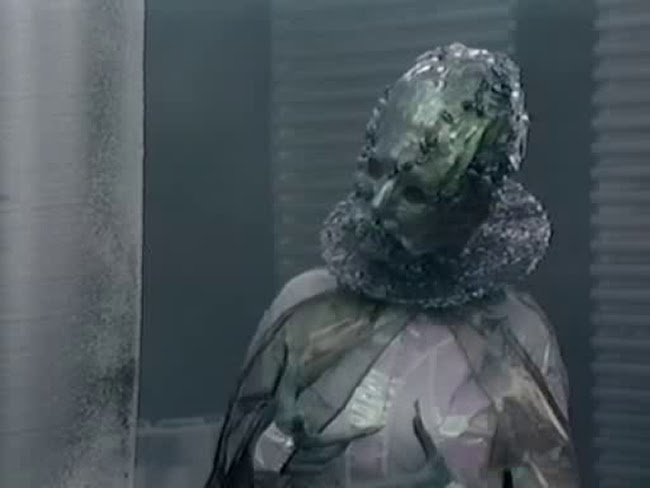 In the moral compromises they make in their fight against the Cybermen, the story picks up the general theme from the Fifth Doctor's final season of the inevitable bad things one must do in the name of a good cause. I suspect this led to the bold idea of making the Doctor himself a bit of a coward and a bully in his new incarnation, something requiring a delicate balance that the Sixth Doctor stories never attain. 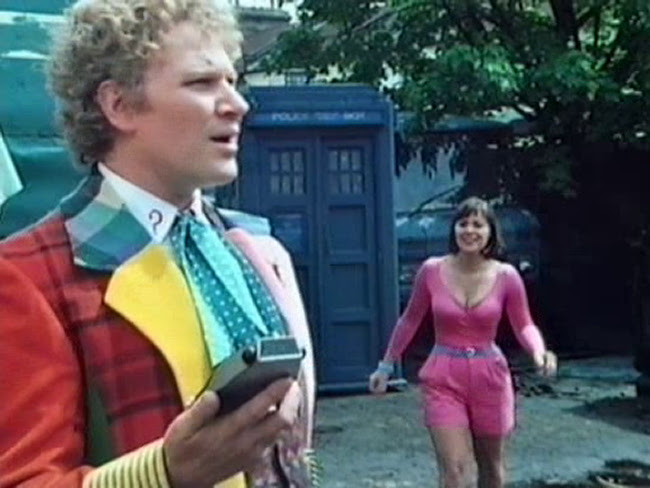 It's weird, though, I guess the audio plays really have made Six grow on me. I still have all the same complaints about him--Colin Baker's performance is a little flat, the costume is ugly. But I guess it says something for the fondness bred by familiarity that I kind of like all the things I hate about him. He's almost punk now. It is a bit like seeing the obnoxious young man with mustard smeared all over his face climbing on stage and making you suddenly realise he's Sid Vicious. 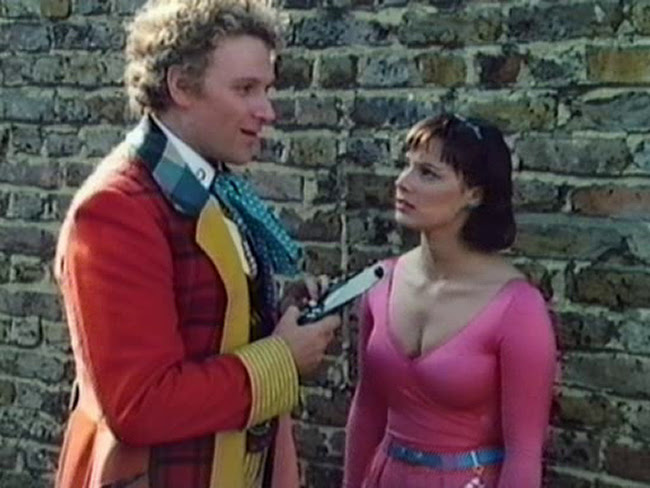 It occurred to me Nicola Bryant's performance is worse than Colin Baker's. Her inexperience as an actress seems much clearer beside him than it was in her scenes with Peter Davison and Mark Strickson. She also seems incredibly nervous, her voice constantly quavering and plaintive, something only partially explained by the Doctor trying to throttle her in the previous story. I wonder how differently Colin Baker would have come off in his angry fits if he were opposite Elisabeth Sladen or Louise Jameson. Leela probably would have cut him. 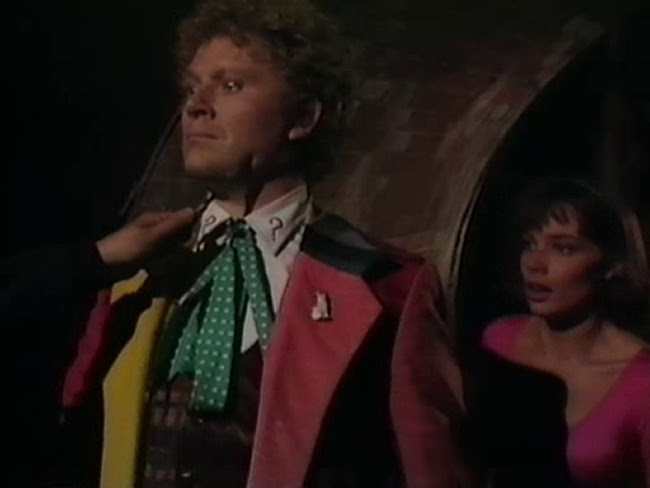 But I did enjoy the story. The Cryons were weird enough and the general confusion is sort of captivating.

To-day I also read the new Sirenia Digest featuring a new story by Caitlin R. Kiernan called "Behind the Wall of Sleep". Featuring H.P. Lovecraft's ghouls, it presents an effective series of dreamlike encounters. Focus is more on sensation and mood than a moving plot and as usual Caitlin wonderfully evokes a sense of experiences and environment both subtly and oppressively sinister and strange. As a story about ghouls, it's no surprise that it concerns death, but it does so in a nicely contemplative and solemn way. I can't remember reading another ghoul story that so nicely inspired this particularly haunting melancholy.