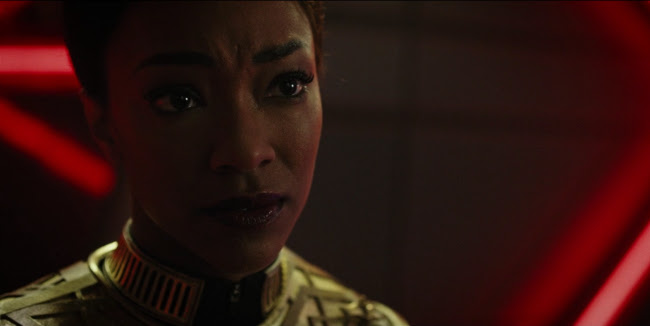 Happy Martin Luther King Jr. Day, everyone. It seems appropriate to talk about Star Trek since it's well known that King was a fan--even better that Star Trek Discovery has a black lead. It's only a shame last night's episode, "Bad Wolf"--I mean, "The Wolf Inside"--kind of sucked. 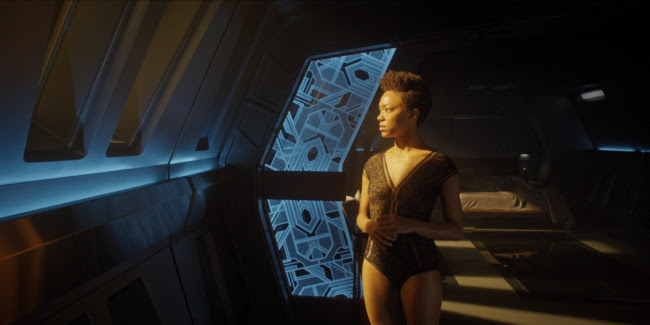 At least Burnham (Sonequa Martin-Green) had some kind of sexy lingerie though this is perhaps the only area where Discovery is technologically behind the Original Series, at least in the mirror universe. 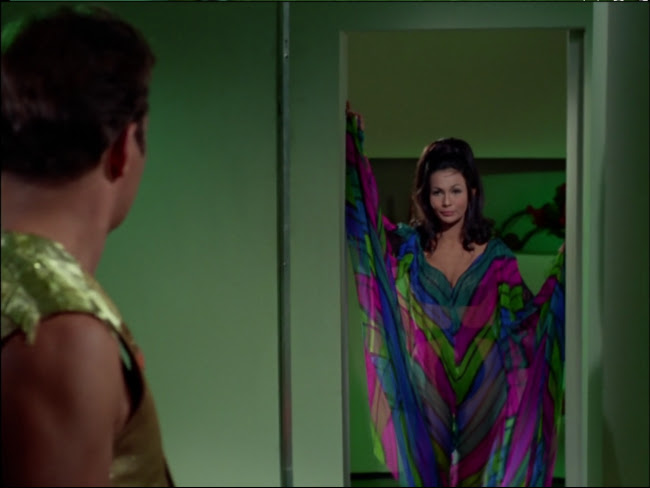 Meanwhile, back on the Discovery, Saru (Doug Jones) and Tilly (Mary Wiseman) are dealing with the aftermath of Culber's murder, doing a brain analysis of Stamets (Anthony Rapp) for some reason without assistance from the doctor Lorca (Jason Isaacs) had assigned to him in the previous episode.

Tilly really does seem to be doing everything now. She insists she, and she alone, should try her spore drive solution on Stamets because of her experience with the spores. The Discovery medical staff must be notoriously meddlesome jerks, I guess.

Burnham, on the Shenzhou, is trying to figure out how to save a "coalition of hope", a team of rebels to the Terran Empire, while still seeming like she's a perfectly decent psychopath. I did kind of like her internal monologue about having to pretend she's something she's not. Lorca insists she and Tyler (Shazad Latif) beam down to the planet without any mirror universe away team to complicate things. 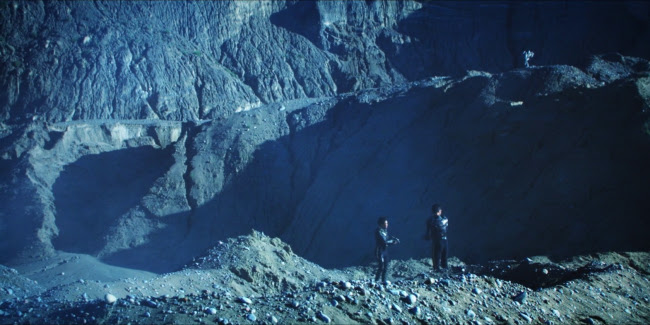 After being cleared thanks to a mind meld from mirror universe Sarek (James Frain)--who apparently doesn't learn everything about the prime universe the way mirror Spock did when he mind melded with McCoy--Burnham's allowed to ask the rebel leader, Voq (Shazad Latif), how he manages to lead such a diverse group of people. Unfortunately, Burnham turns into Joe Scarborough and turns her question into a really long speech so Voq barely has time to say something vague about honour in response. 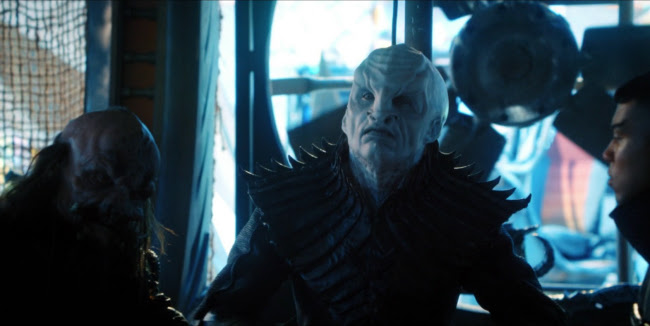 I'm not sure what Burnham expected. Being the targets of a murderous Empire seems like it might have a unifying influence on a diverse group. I'm also not sure what Burnham was trying to do in complimenting the stereotypes of every race present. Nice to see the Andorians haven't been changed too much for Discovery though it makes the hairlessness of the Klingons stand out even more. 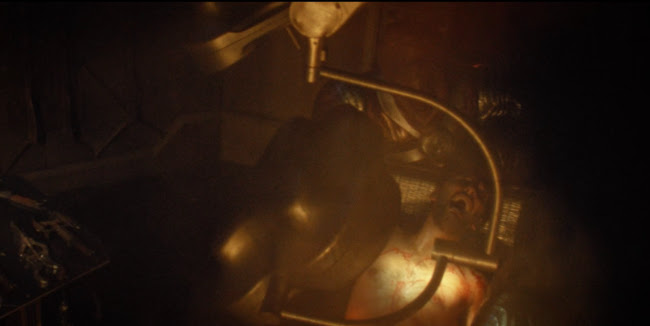 I guess when Voq was changed into Tyler facial hair was implanted in the process? What was that discussion like? "I want to be a little scruffy. Not a full, thick beard, but like one of those humans who doesn't shave very often, you know what I mean." 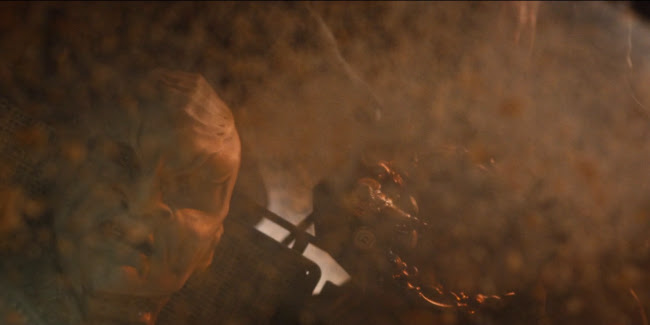 It was nice to see Michelle Yeoh back at the end and I look forward to some hopefully juicy scenes between her and Burnham. She's the Emperor, it seems. Not the Empress? I'd have never thought the Terran Empire would be so politically correct.

Posted by Setsuled at 12:41 PM
Email ThisBlogThis!Share to TwitterShare to FacebookShare to Pinterest