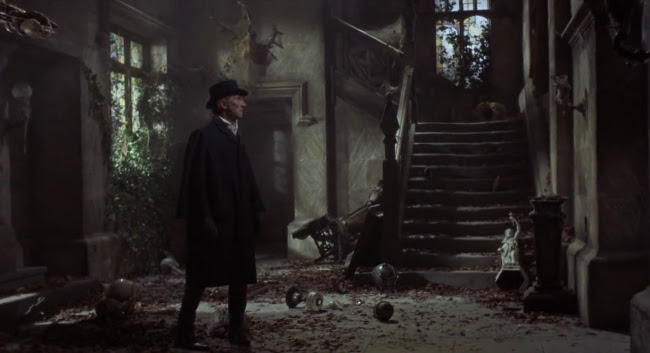 1964's The Evil of Frankenstein really ought to be called The Evil of Zolton the Hypnotist. Frankenstein himself isn't quite a passive character but calling anything he does evil would seem a bit of a stretch--at worst he's negligent and rash. The film gets too caught up in shuffling plot chairs but it's one of the most visually beautiful Hammer movies I've seen. 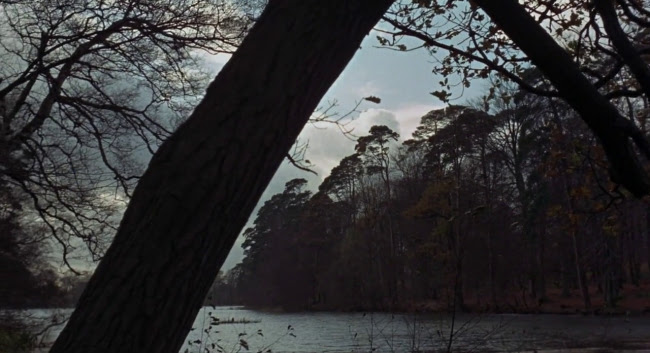 Directed by Freddie Francis with cinematography by John Wilcox, the movie has exteriors that almost look like Caspar David Friedrich paintings. 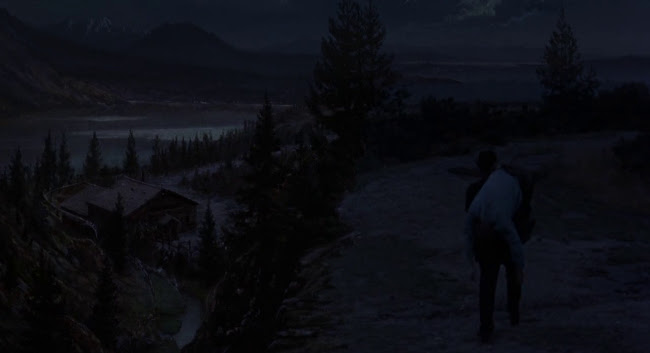 The interior shots can be pretty gorgeous, too. This beautifully shaded close-up of Frankenstein (Peter Cushing) turns into a tracking shot. The shot wanders through the wonderfully decrepit rooms of his chateau as he recounts the familiar events from adaptations of Mary Shelley's book. 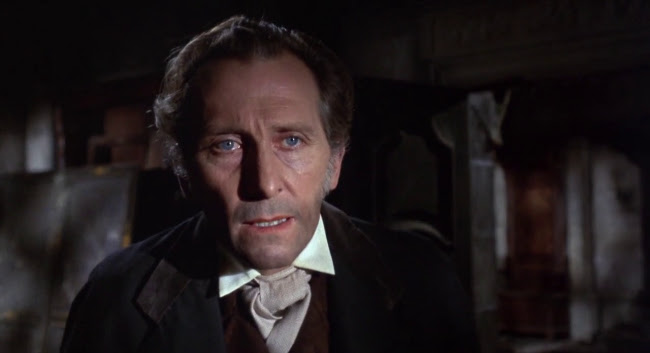 Although this is a Hammer film with Peter Cushing in the role of Frankenstein, the flashback that starts here introduces a completely different version of the story than the one we see in the first Hammer Frankenstein film with Cushing in the role. We see nothing of any supporting characters from that movie, Frankenstein apparently working alone in his lab to create life, and the creature, instead of Christopher Lee, is played by a New Zealand wrestler named Kiwi Kingston. Thanks to Hammer entering a distribution agreement with Universal, this version of the monster is intended to resemble the Boris Karloff version. 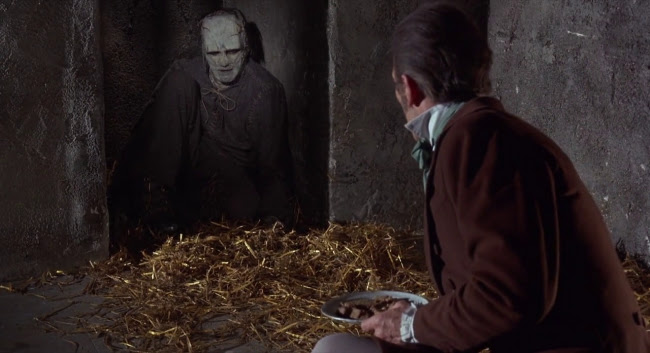 The main plot of the film follows Frankenstein's attempt to return to his old home after the villagers had driven him to exile. He frequently complains in this film about people not leaving him alone wherever he goes--the film starts with a local priest (James Maxwell) wrecking his lab after learning the Baron had been snatching bodies. Not killing people, mind you. The priest bursts in on a wonderful scene where sparking electrodes, tanks of water, and dusty bellows are assisting Frankenstein in getting a human heart to beat. 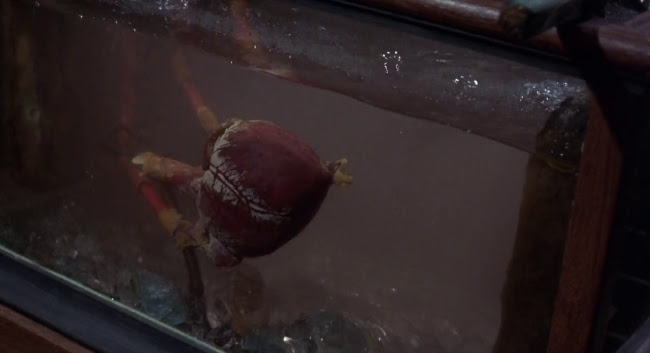 But after this he needs money to replace the equipment wrecked by the priest so he heads home hoping to get paintings and ornaments he can sell. The village is in the middle of Carnival celebrations and the filmmakers take the opportunity to put people in masks. This is also how Frankenstein and his assistant, Hans (Sandor Eles), meet Zolton (Peter Woodthorpe). 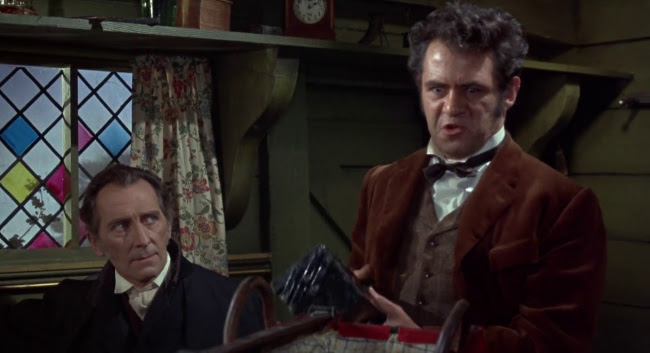 It's Zolton who later hypnotises the monster into wreaking havoc on the town without Frankenstein's knowledge--though, oddly, Zolton seems to have exactly the same enemies Frankenstein has--the burgomaster and the chief of police. It makes me wonder if in an earlier draft of the script Frankenstein was meant to order the monster to commit crimes of vengeance but it was decided it was more interesting to make the Baron a less obviously villainous, misguided man of passion.

His assistant, Hans, is a pretty boring henchman but the two enlist the aid of a far more intriguing character, a deaf beggar girl named Rena (Katy Wild). 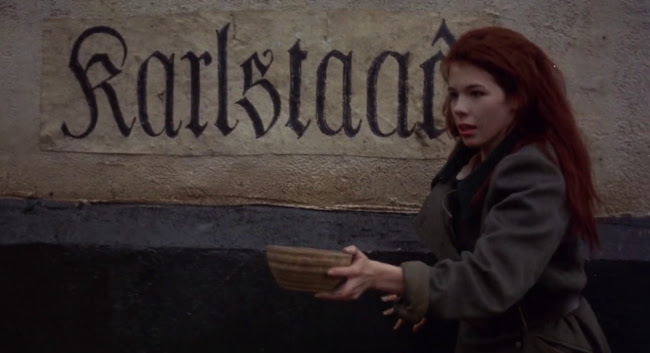 She and the monster start to develop signs of sympathy for each other, maybe on the grounds that neither quite understands what's going on and both are used to being abused and forced to serve the whims of others. I almost wonder if this was an influence on Guillermo Del Toro in making The Shape of Water though the relationship is never anywhere near as developed as the one Del Toro portrays in his film. 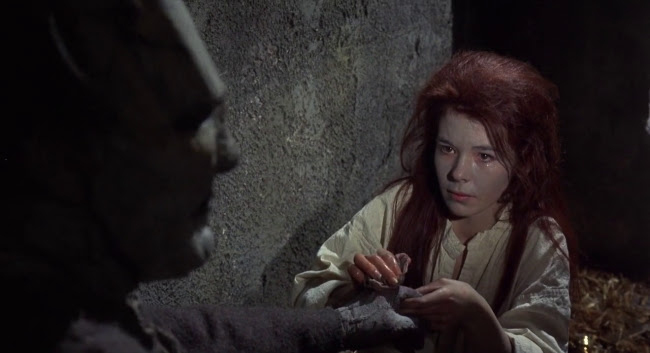