Scrooge and the Robber 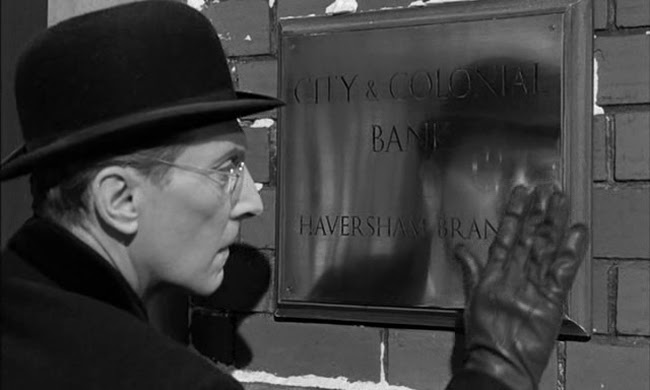 Christmas doesn't technically end until the Feast of the Epiphany on January 6 and Eastern Orthodox Christians won't even have Christmas Day until the seventh so I think I'm in my rights to review a Christmas movie now. 1961's Cash on Demand is a surprisingly subtle variation on A Christmas Carol from Hammer centred on an incredible performance from Peter Cushing. 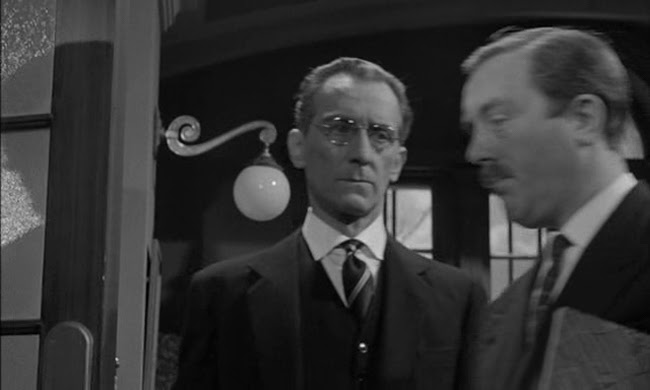 As the film's resident Scrooge, the fastidious Harry Fordyce (Cushing), lords it over a small group of employees at a bank, his insistence on precise observation of protocol putting him on the verge of firing a kind man named Pearson (Richard Vernon) two days before Christmas. But then Fordyce finds himself at the mercy of a bank robber identifying himself as Colonel Gore-Hepburn (Andre Morell). 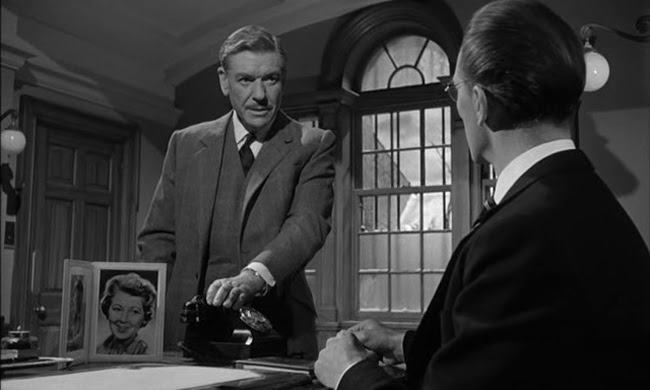 Gaining entry to Fordyce's office by pretending to be a security agent for one of the bank's insurance companies, the Colonel makes it clear that Fordyce must comply with his every whim. A phone call reveals the Colonel's accomplices are holding Fordyce's wife and child as hostages. If the Colonel doesn't signal his accomplice every fifteen minutes, the woman and child will be subjected to torture and death. 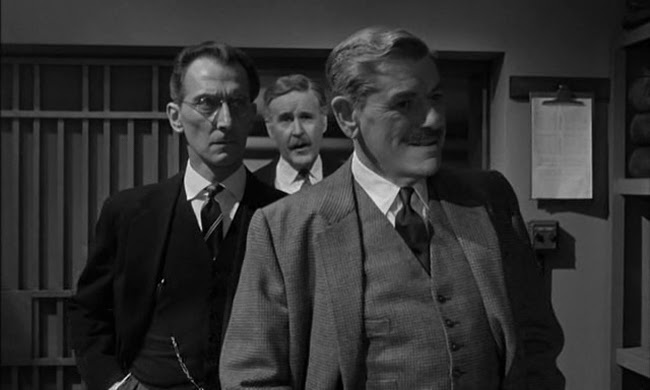 Unlike the Christmas spirits who visit Scrooge, the Colonel seems to have no particular interest in reforming Fordyce but he does take sadistic pleasure in how especially painful it is for Fordyce to participate in committing a crime of any kind, even worse in the workplace where he prides himself on professionalism. Cushing conveys the excruciating pinion in which Fordyce finds himself with brilliant instinct, letting just the right amount of his anxiety slip through among the employees and hitting bigger notes of anguish when appropriate. 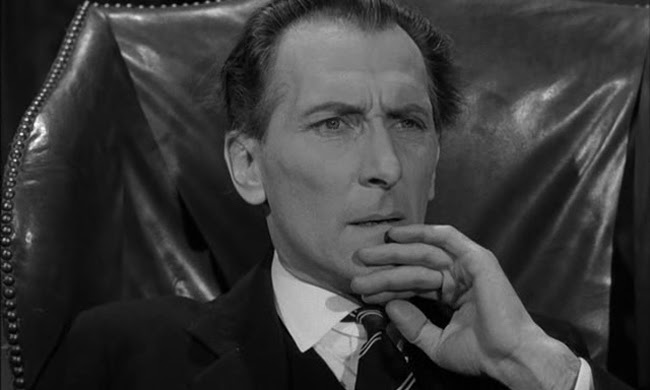 The focus remains on his situation rather than on any self-reflection which leads to a surprisingly poignant moment when Fordyce says desperately that his wife and child are all he has in the world. It's clear to others that this is because of how Fordyce has walled himself off from everyone else but Cushing shows just how tragically unaware Fordyce is of it himself. The beginning of the film obviously sets him up as an unsympathetic character so the surprise in how sorry you feel for him once the Colonel gets his hooks in is very nice. Cushing's peculiar mixture of sensitivity and coldness makes him singularly suited for the role. 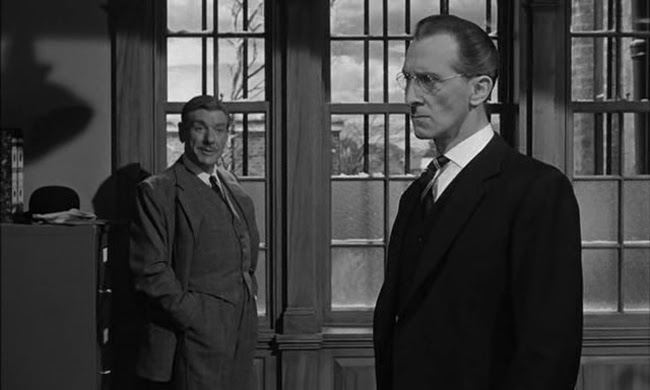 The film's set almost entirely in one room, which is all it needs. Andre Morell gives a very good performance, too, and just watching him and Cushing work this material is a real pleasure.