The Complex Lover or the Spy 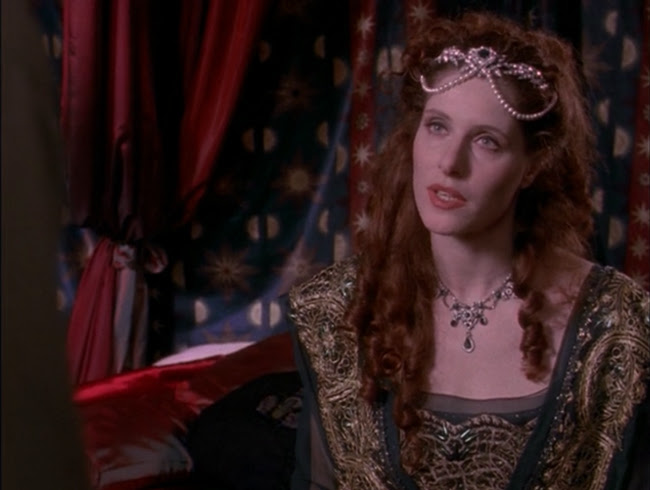 Is it better to say Mata Hari was a powerful, successful spy for the Germans, or that she was unfairly made a scapegoat by popular sexist notions? I wonder if Carrie Fisher was pondering this when she wrote the teleplay to the 1993 episode of The Young Indiana Jones Chronicles, "Paris, 1916". From a story by George Lucas and directed by Nicolas Roeg, it's exceptionally good television and portrays an improbably complex relationship between a sharp, worldly Mata Hari and a sweet teenage Indiana Jones. 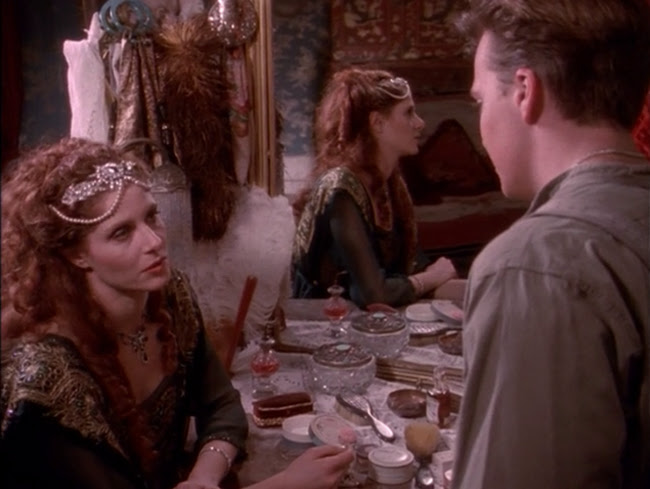 Roeg, the director of Walkabout, Bad Timing, and The Man Who Fell to Earth directs an episode that easily outshines "Verdun, 1916", the episode with which "Paris 1916" is paired so that Lucasfilm could release the episodes as a single film, called Demons of Deception. Both have the same credited cinematographer but the lighting is so much lovelier and the production design produced from such keener instincts for colour it's difficult to believe the two are part of the same series, despite sharing a star. 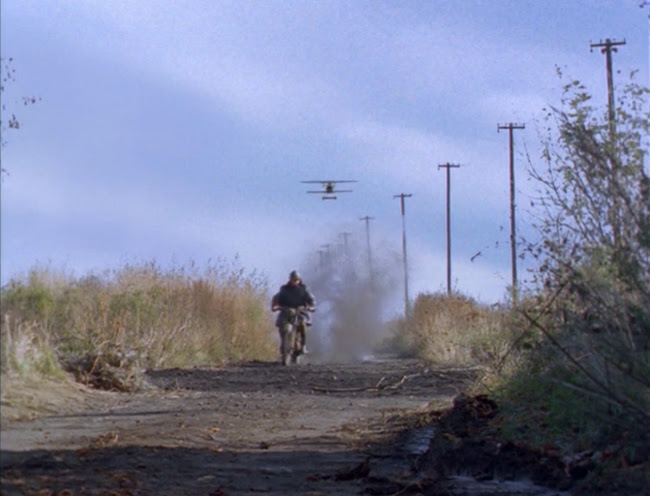 "Verdun, 1916" has some nice action sequences but suffers from the same problem most of the series does--lacking the ingenious sequences pairing charismatic but fumbling characters with perfectly orchestrated action choreography of the films, the television series, with its endless string of famous figures, too frequently had the feel of an unimaginative "info-tainment" history lesson. But "Paris, 1916" creates actual characters and makes Indy more complex as well. 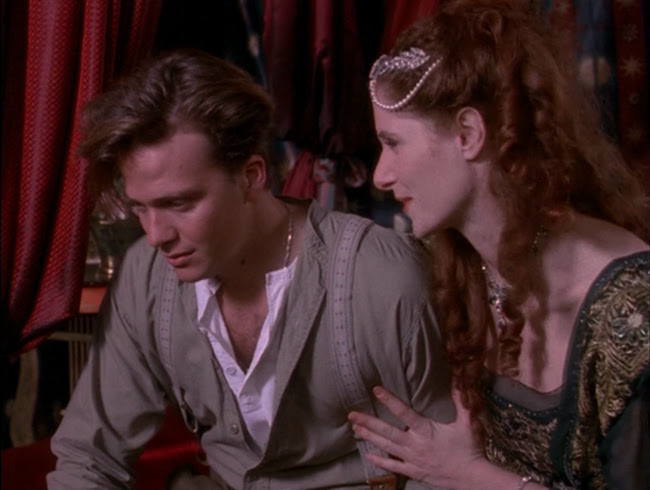 Sean Patrick Flanery, who never really seemed like good casting to me, at least not as good as River Phoenix, is used well here for his very youthful look and demeanour in a story about a young man figuring out the subtleties of romance with a very capable instructor in the form of Mata Hari. Italian actress Domiziana Giordano plays Mata Hari, who's 5'8", according to the only source I can find on google that has a height for her, two inches shorter than the real 5'10" Mata Hari, and three inches shorter than 5'11" Sean Patrick Flanery. So it must have been a creative decision to make her look much taller than him. 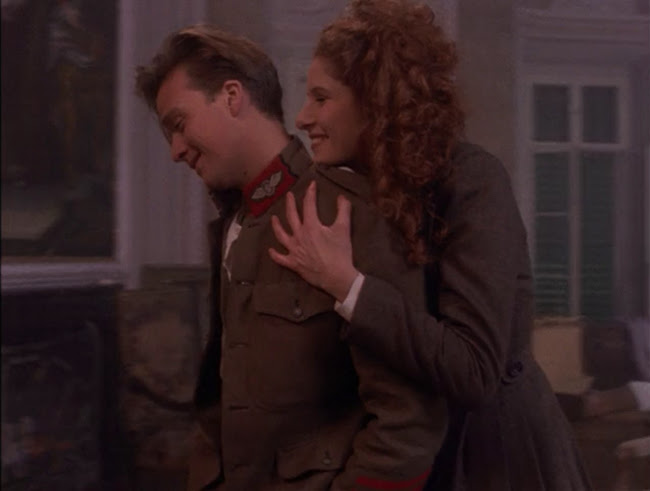 She's frequently shot like this, like a great bird clutching its prey. Her size is enhanced in other ways--I loved how she looks in this breakfast scene with a massive, fur lined dressing gown. 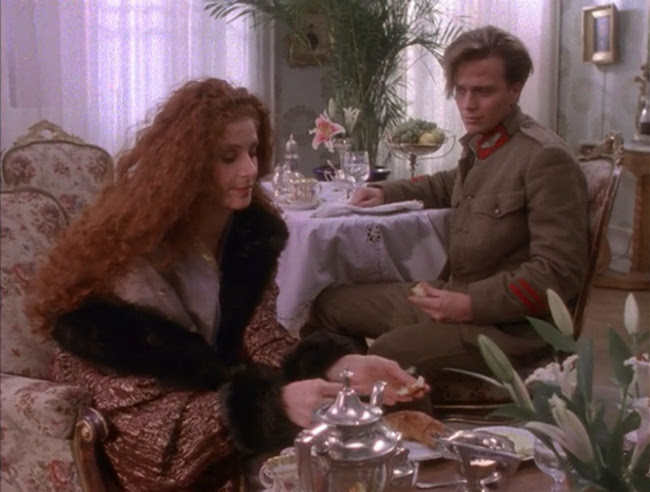 She almost looks like she was designed by Aubrey Beardsley. But I suspect there was also an intended ode to Greta Garbo's portrayal as Mata Hari in the 1931 film--Giordano has more than a passing resemblance to Garbo. But "Paris, 1916" is far less sentimental than that film. 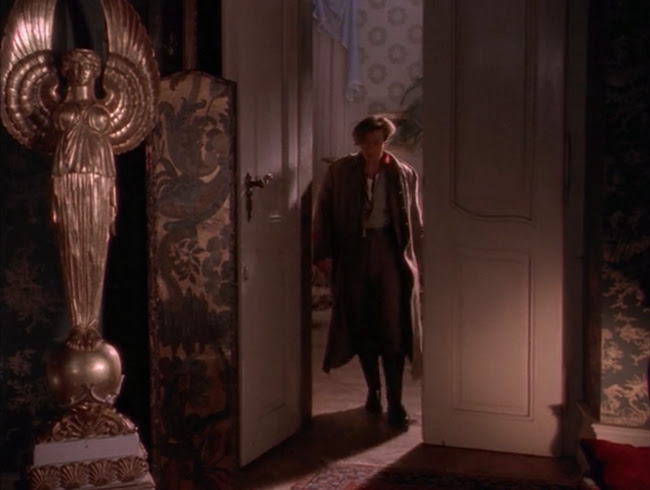 Though in Fisher's teleplay there's something of pre-Code Hollywood's embrace of the sexually mature and experienced woman personified by the likes of Garbo or Marlene Dietrich in contrast to the Victorian woman-child. After Indy confronts Mata Hari after he's seen her with another lover, her response is to give him a lesson that reminded me of Dietrich's "I've Been in Love Before".

INDY: I can't believe you kissed that old goat.

MATA HARI: How could you say you love me and not trust me?

INDY: You've been lying to me! You don't love me, you've just been using me for your own vanity.

MATA HARI: When you said you loved me, was that true? I mean, really true, from your heart?

INDY: Well, no, not exactly.

MATA HARI: So you've been lying to me! And that's all right for you, not for me? And why did you tell me if it wasn't true?

INDY: Because it's what you wanted to hear! And it's not as if I don't care about you, I do.

MATA HARI: What you care about is the pleasure I give you. I'm so much older than you, I've had so many lovers. But what would be the point of telling you this? I like you and I don't want to make you unhappy. 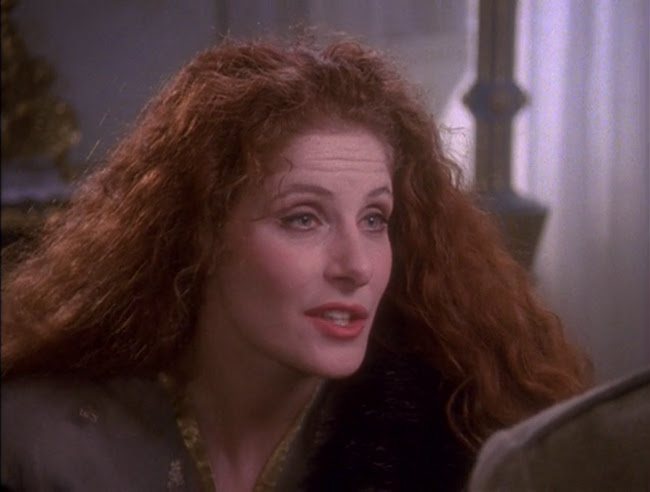 In one of their first scenes alone together, the breakfast scene, she concocts a fantasy for him. She tells him about dancing naked in a temple for a master Yogi, then stumbling "sprawling" before him. She says he took his clothes off and got on top of her and when Indy, horrified, asks why she didn't run away, she tells him vaguely that the power he had over her was very strong. Indy later learns that, as in reality, Mata Hari's background in Java was completely invented as part of her stage persona. This story she tells him is entirely to arouse him, a fantasy about female passivity and male dominance, but the fact that she orchestrates the fantasy to seduce him makes her interaction with him almost the opposite of the impression created by the story. She is his teacher and her power over him is very strong. 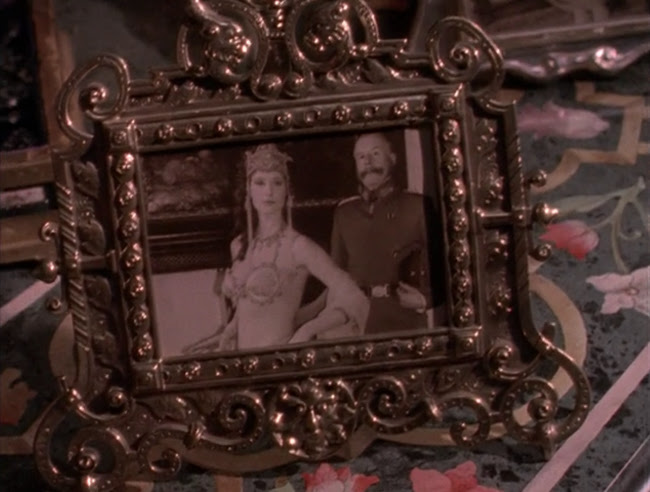 She's teaching him how respect functions in relationships based on lust and fantasy. She has no desire to hurt him, he simply isn't experienced enough to separate his idealism from the truth of human sexual appetite. All this takes on an added poignancy when considering how these worldly bedroom fantasies appear in the context of accusations of espionage, particularly in the light of public opinion still influenced by Victorian morality. 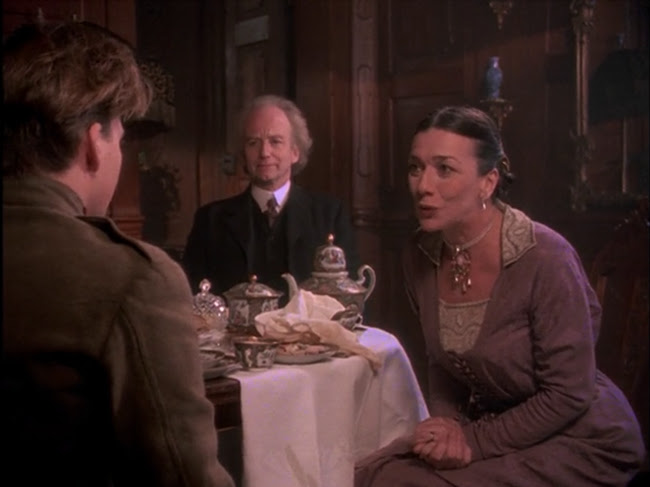 There's also a really delightful couple at the beginning of the episode played by Ian McDiarmid and Jacqueline Pearce. Pearce's disapproval of Mata Hari, attempting to steer Indy away from such a disreputable woman, gives some hint of this public attitude which would eventually play an integral part in Mata Hari's downfall.

We rue connexions broke by chewing dawns.
The chomping night referred to chains the shop.
Digesting crews repaint the eaten prawns.
A swallowed fish foretells its gold'll stop.
In dusty hands the butterfly emerged.
The building tree established girder leaves.
No question met where phony scalps submerged.
The tightened thigh could blame elastic greaves.
The peace reclines between appointments kept.
In careful cuts the timing breathed to taste.
As weapons moved their thieves and masters slept.
Between tomatoes stretched a shrouded waste.
The chances clot in catacombish skies.
The pins permit excess of ninety tries.