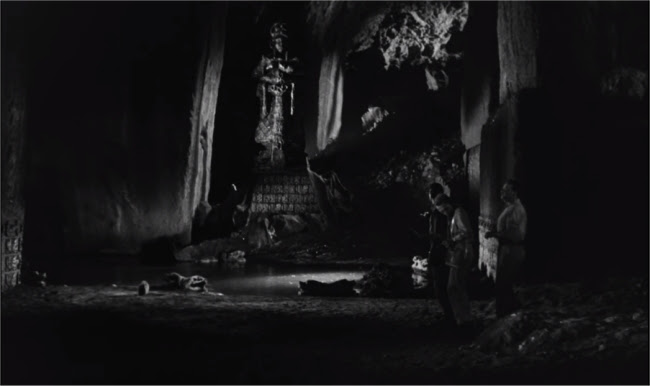 Happy Valentine's Day, everyone. Have you told your giant unicellular blob goddess lately that you love her? You may want to lest you suffer the fates of several intrepid explorers in 1959's Caltiki: The Immortal Monster. A fairly low budget Italian horror film, it has terrific atmosphere, a silly plot, and a too limited wardrobe department. 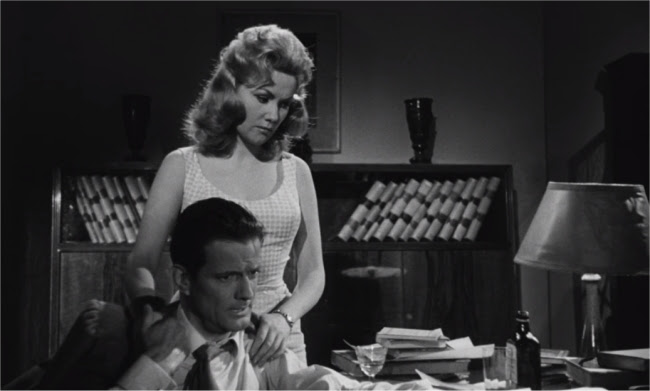 The beautiful female lead, Didi Perego, wears the same check dress for weeks while her husband, the morally upright scientist (John Merivale), tries to solve the puzzle of how to kill the goddess blob. They try to disguise the dress by adding a big collar to it but it's pretty obvious. 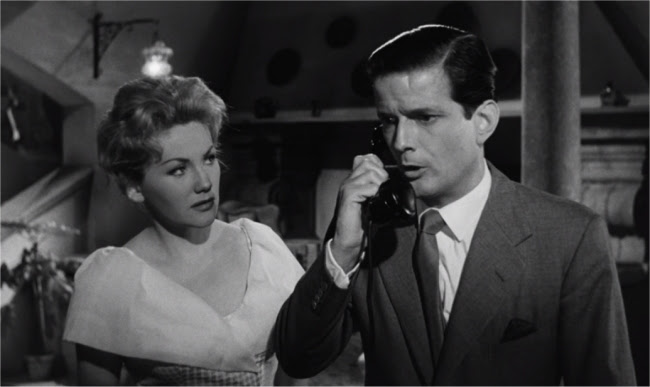 The film may have been directed by Mario Bava or by Riccardo Freda; apparently this was a dispute that was never settled so to this day the film has no credited director. Certainly the best part of the film is its atmospheric cinematography reminiscent of Bava's black and white work, like Black Sunday. Instead of vampires roaming European ruins, English explorers tread unwisely into the secrets of a Mayan temple. Although the shot continuity is all wrong, I particularly loved a sequence where one man dives into a pool to find a lost member of the expedition. The small pool is intercut with the submerged diver in a vast, dark body of water where he finds human bones and ancient treasure on the flat seabed. 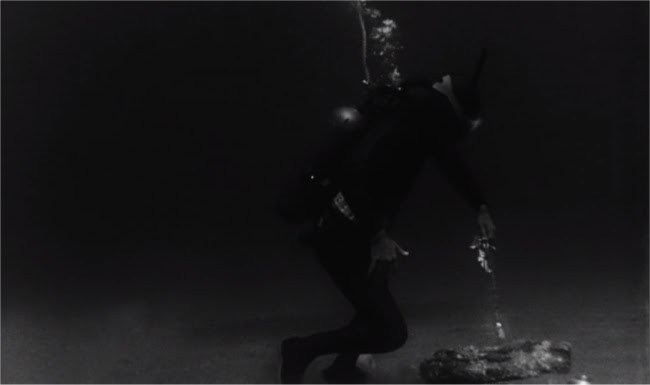 He's also much thinner underwater somehow but the dark void around him is so great I forgive the discord. It even adds to the dreamlike quality.

The film's message about the folly of European explorers venturing where they don't belong is so plain and heavy handed it's oddly unobtrusive. It's like a blue whale that's been too zoomed in on so the shape loses meaning and I found myself focusing more on poor Didi Perego who's forced to hide from the growing blob in her nightgown, clutching her little girl tightly. 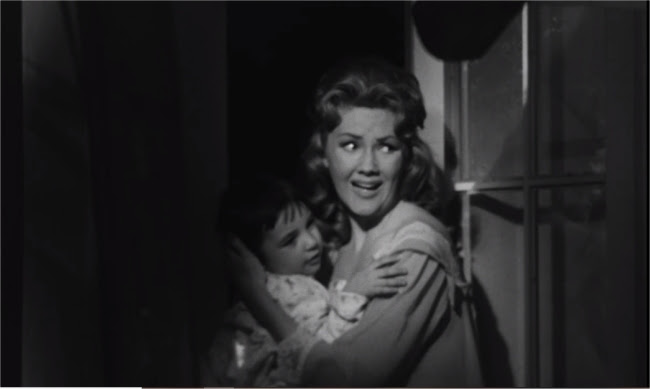 What does it mean when a scientist unlocks an amorphous blob that threatens his wife and child? I leave it to you. Happy Valentine's Day.

Caltiki: The Immortal Monster is available on Amazon Prime.