The Dream Quest of Unknown Mall 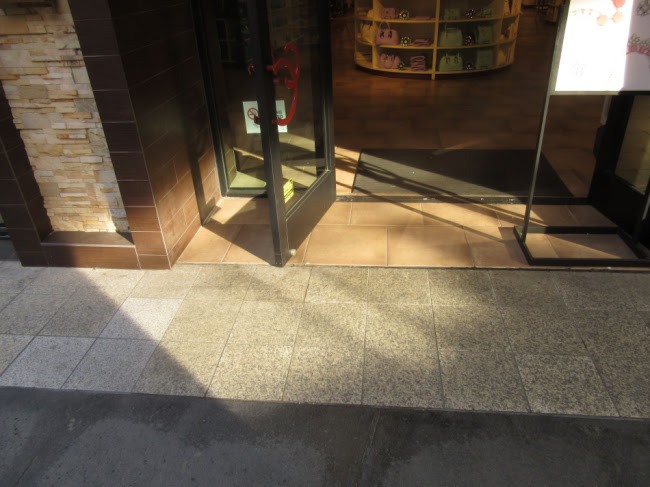 I used to really love shopping malls. Not that I hate them now but they used to have kind of a magic for me. I associate it with Trekkie-hood. I remember when Roger Ebert complained the bridge of the Enterprise stopped looking futuristic and just like a mall security kiosk. The similarity was always there for me and it was something I loved. It was easy for me to imagine a shopping mall, particularly indoor malls, as a space ship with their even lighting and controlled temperature. But I like outdoor malls. I love the feeling of a place that contains many places somehow.

So I'm pretty familiar with all the malls in San Diego county, where I grew up, and a few in L.A. When I was in my 20s, I used to love finding shopping malls I'd never been to and exploring them but I always felt a particular loyalty to the most familiar malls.

Anyway, it's probably due to my urge to find and explore new malls that I started dreaming about finding malls. The strange thing is that the malls I've found in my dreams have remained the same. That is, malls I've discovered in my dreams have consistently appeared in my dreams for around twenty years. I even know where they're located in San Diego. One of them is an unpopular indoor mall with green tiling located around where the 163 freeway merges with the 15--in reality the spot just has an overpass from the 52 freeway. There's a four storey indoor mall a few blocks from a real mall in El Cajon-a Petco holds its place in waking life. That mall has a very large food court but there's something cold about the place, maybe because it looks like an office building from the outside and generally has plain, blocky grey features.

A few nights ago, I dreamt I visited a very fashionable, high-end mall I'd previously visited in other dreams. It's located east of the football stadium near the 8 freeway. It's five storeys (my dream malls seem to be much taller than any of the real ones in San Diego) and has a large Macy's. It's an outdoor mall for some reason surrounded by an empty dirt field where in reality there are several neighbourhoods, parks, and the San Diego river. I generally seem to visit this mall at sunset at a somewhat awkward point where it's starting to get too dark to see but it's not quite time for the automatic lights to switch on. The glass windows on the Macy's, too, tend to catch the sunset. Since it's a high-end mall, it sometimes has fashion shows and art exhibits, though less often now due to the higher rent prices. In my dream from a few nights ago, I discovered this mall had a library where something sinister was happening. I suppose it was because of the episode of The Magicians I'd watched that evening. I'm not sure what happened, though. I always feel like I'm trying to find something out at that mall but it's hard to investigate because of how difficult it is to see.