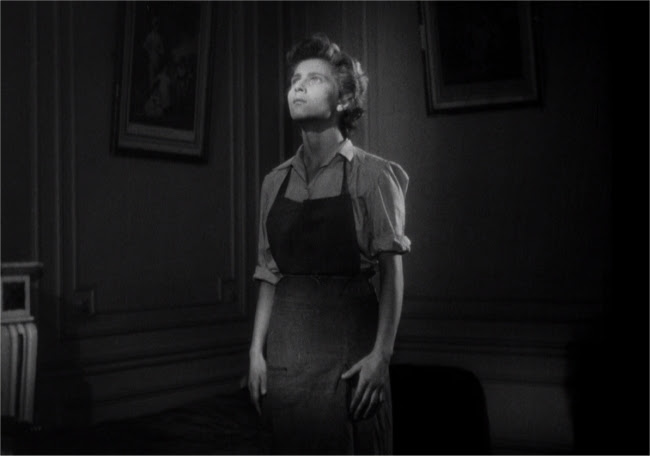 I know some people express their affection through constant arguments and manipulation. I've always had trouble understanding why this is so but I found 1950's Les Enfants Terribles captivating. The tale of two beautiful siblings who live together, their eternal war on each other and their shared fantasies, it's also a singular combination of vision from two of France's greatest filmmakers, Jean-Pierre Melville and Jean Cocteau.

Cocteau wrote the source novel and the screenplay and provides voice-over narration for the film. He also directed one scene when Melville was ill--Melville is the film's credited director. That some have suggested the movie was really directed by Cocteau and Melville was entirely employed on more technical aspects of production (Melville was also the producer) isn't surprising. It was only Melville's second feature, after Le Silence de la Mer, and Les Enfants Terrible, with its raucous dialogue and reverence for beauty, seems much more like Cocteau than the director who established himself as a great maker of noir. 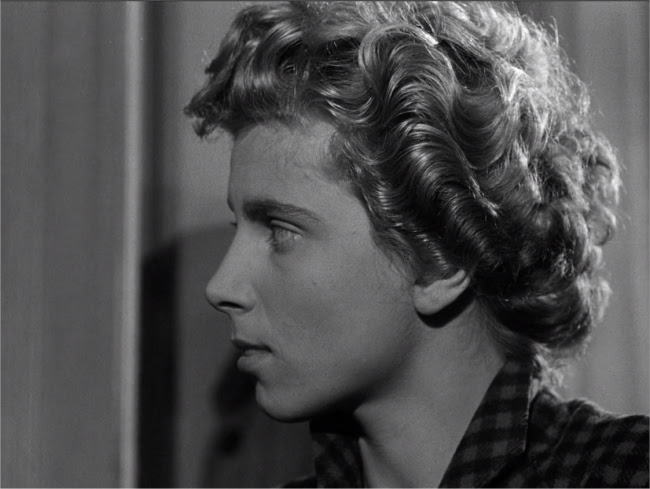 But there is at least one important carryover from Le Silence de la Mer; one of that film's stars, Nicole Stephane, plays Elisabeth, one of the siblings, and supposedly this is one of the primary things that convinced Cocteau that Melville was the man to adapt his novel. But it was apparently in spite of Melville's disapproval that Cocteau insisted on casting Edouard Dermit as Paul, the other sibling, who was too old for the part of the high schooler whose delicate frame confines him to bed for days after being hit with a snowball. 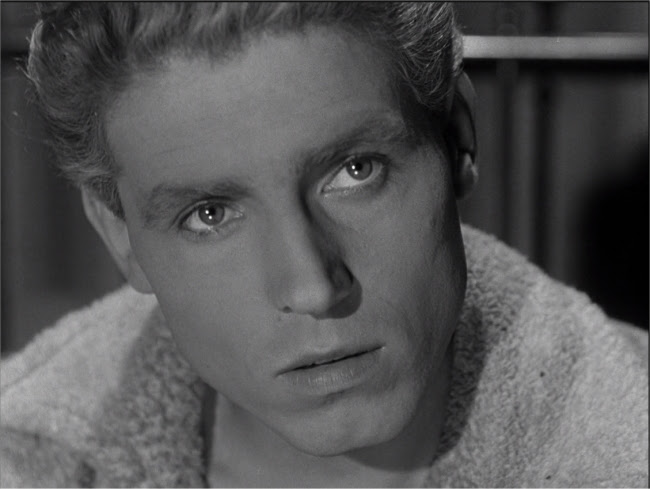 Yet Dermit has a wonderfully Cocteau-ish look and, more importantly, bears a remarkable resemblance to Stephane. It's easy to see the two as reflections of each other, ever bound by attraction and repulsed by over-familiarity. They have a game where they compose a fantasy together and have a drawer where they've agreed to keep odds and ends as "treasures". They shoplift together compulsively--their rule is that they must never steal something that might be useful. Cocteau informs us in voiceover that it's Elisabeth's policy never to thank anyone for anything--she, "always expects miracles." It's as though the two maintain their dreamworld territory by denying any normal physical or emotional reactions to the rest of the world. 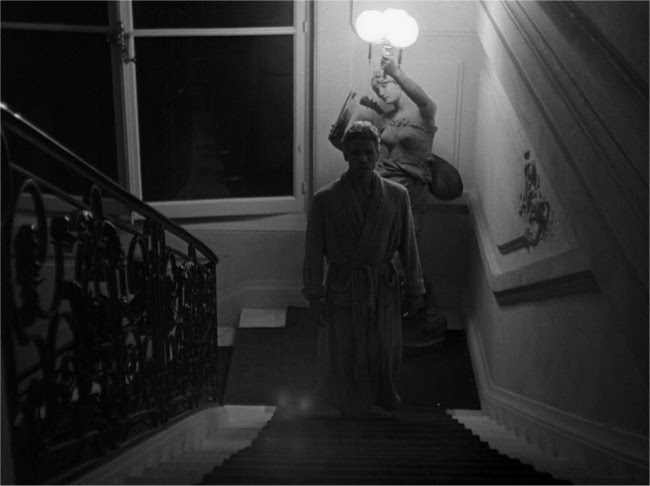 Maybe this gives their fights the freedom to be so absolutely brutal. In one scene, Paul tosses a glass of milk on Elisabeth while she's in bed. In another, the two fight so unrelentingly for the bath that both angrily pull their cloths off in their stampede for the water. Of course, it seems there must be an erotic element to their relationship, which seems confirmed when Elisabeth becomes jealous that Paul's fallen for another girl. This other girl, Agathe, is played by Renee Cosima who also played the boy who threw the snowball at Paul. Everyone remarks on the resemblance. Once again, Paul is attracted to the face of one who's brought him pain but by a trick of fate that same face belongs to a gentle, loving young woman. Of course, Elisabeth won't have it and that's where the manipulations start.

Whoever's most responsible for this cruel, fascinating film, it's certainly always a pleasure to look at. Les Enfants Terrible is available on The Criterion Channel.